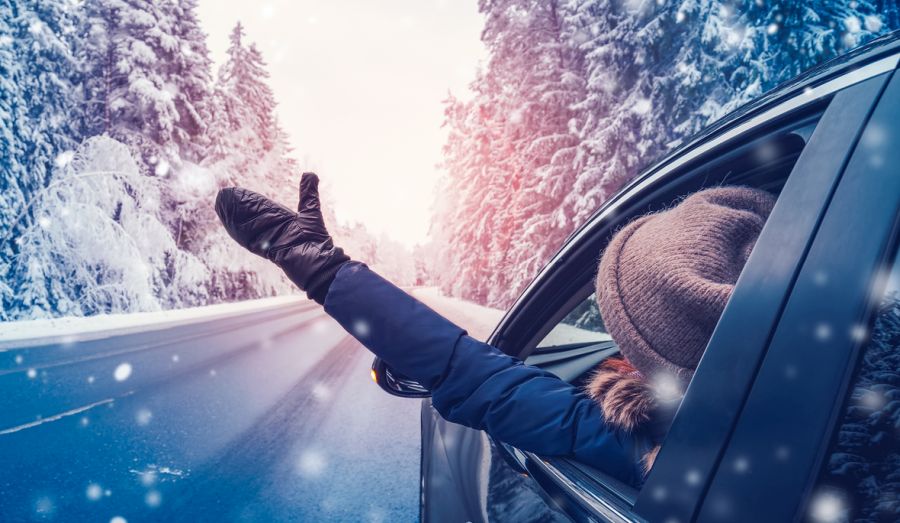 Happy Monday! (And no, that doesn’t have to be an oxymoron.)

A lot percolating this weekend — in fact, so much stuff, we’re doing a Brew, Part Deux that’ll post on The Stream at 8 a.m.

But first, a little game …

What’s Wrong With This Picture?

You see anything wrong with this picture of Stacey Abrams and dozens of school children?

Heaven help us if Abrams says she was “holding her breath.”

Abrams tweeted out the picture Thursday after visiting Glennwood School in Atlanta. Abrams, who’s running for governor again, has been blasting GOP Gov. Brian Kemp for his efforts to end school mask mandates.

Naturally, the sight of high-risk maskless Stacey surrounded by mask-suffering, low-risk kids ignited a barrage of criticism and mockery. Abrams deleted the tweet.

Why are Democrats still making the forced masking of children one of their signature issues? https://t.co/PGAjxGd8id

Once again, the hypocrisy of these mandate demanding politicians is as clear as the nose on their uncovered faces.

GoFundMe has backed down from its plans to keep the $10 million raised for Canada’s Freedom Convoy, and give it to charities it approves. It gave donors until February 19th to ask for their donations back. However, after a huge outcry — and threats from Florida Gov. Ron DeSantis and others to immediately launch criminal investigations — GoFundMe changed its tune. They announced in a tweet Saturday they’ll now automatically refund all the donations.

To simplify the process for our users, we will be refunding all donations to the Freedom Convoy 2022 fundraiser. This refund will happen automatically—you do not need to submit a request. Donors can expect to see refunds within 7-10 business days.

GoFundMe shut down the Freedom Convoy GoFundMe page because … well, they’re no fans of freedom, as Jonathan Turley wonderfully explains. They have a history of enticing, then blocking conservative friendly fund-raising efforts. In this case, they claimed the convoy turned from a peaceful protest to a violent occupation. Not that there has been any real violence.

Funny thing is, GoFundMe had no problem supporting the actually violent Capital Hill Occupied Protests that took over a chunk of Seattle’s downtown in 2020. (You remember “CHOP,” as in “guillotine.”) So in addition to being would-be thieves, the GoFundMe leaders are hypocrites.

Although GoFundMe is refunding the $10 million, Sen. Ted Cruz has written the Federal Trade Commission, requesting they open an investigation into Go Fund Me for “deceptive trade practices.”

Meanwhile, even as the hiding Prime Minister Justin Trudeau calls the truckers “fringe,” the anti-vax mandate protest spreads. The farmers are now showing up.

You know the Canadian government done messed up when the farmers show up.

Former VP Mike Pence said Friday Donald Trump is “wrong” for insisting he could have “overturned” the 2020 election. (Not to be picky, but not automatically accepting the electors from the corrupted swing states until the states could take a closer look is not “overturning” the election. But that aside … )

The argument being the VP’s role in the counting of Electoral College votes is strictly ceremonial. And one person should not have the power to “overturn” the election.

Here’s where it gets juicy. Nowhere does it say the role is strictly ceremonial. In fact, the Senate is currently working on legislation that would forbid a VP from rejecting electors while counting the votes of the Electoral College. Trump made the obvious point last week and again in response to Pence. If a VP didn’t have the authority, then why does Congress have to change the law to prevent a VP from having the authority?

Said Trump, “The Vice President’s position is not an automatic conveyor if obvious signs of voter fraud or irregularities exist. That’s why the Democrats and RINOs are working feverishly together to change the very law that Mike Pence and his unwitting advisors used on January 6 to say he had no choice.”

Trump is right to an extent. The law is unclear. That’s why there was a middle path for Pence. Test the law. Pence very well could have held up the swing state electors, until the Supreme Court ruled whether he could or couldn’t. (You know darn well a Democratic VP would have done it under the same circumstances. And it’s a fair bet McConnell would have urged Pence on had the beneficiary not been Trump.)

As for Pence, stop acting like you did something noble. Be aggrieved that you sincerely believe, based on the counsel of your lawyers, that you did not have the Constitutional authority to act against what was clearly a rigged election. That the Democrats were able to seize power via hook, crook and that loophole in the law. The Democrats who ignored state constitutions and state law and then fought like demons to stop anyone from doing any meaningful audits are the villain. Not the guy who was the victim of the scam or your 75 million voters.

CNN prime time host Don Lemon got teary when describing the sudden departure of Jeff Zucker. Lemon made the laughable statement that Zucker made CNN “relevant” again. For what? As comedy fodder for conservatives? Or just the part where they undermined one president and helped elect his doddering inept successor?

While Lemon weeps, Wallace steams. According to Radar, one person really “irate” about Jeff Zucker’s departure is former Fox News personality Chris Wallace. He left Fox News for a high-priced gig at CNN+ because of Zucker. Now he’s reportedly regretting the move.

“He went over there for Zucker and now Zucker is gone,” Radar reports an “industry insider” saying. “Wallace feels that he has been stiffed. He’s got no staff, no Executive Producer and the guy he gave up a prized gig for has just walked out the door.”

On Sunday, CNN’s Brian Stelter traced the fall of Zucker back to the fall of Chris and Andrew Cuomo. He called it “Almost Shakespearean.” More like “Almost Kardashian.”

In fact, with all the sex, drama and tears, perhaps CNN should give up fake news and go straight into full-time reality TV.

The war to cancel Joe Rogan just ran into a wall … or at least an influencer with clout. Namely, former Daily Show host Jon Stewart. During his own podcast The Problem with Jon Stewart, Stewart advised musicians thinking of pulling their music from Spotify, “Don’t leave. Don’t abandon. Don’t censor. Engage.”

Free speech. Meeting at the table of reason. Allowing others their opinion. Questioning, rather than accepting as gospel edicts from government. What a concept!

Stewart also reminded listeners Rogan is no ideologue “in any way.”

Stream contributor Dr. Michael Brown is singing the same tune as Stewart in his latest hit column, “A Suggestion for Joe Rogan That Could Educate the Masses.” Brown’s also calling for debate, engagement, and listening.

Coming up at 8 a.m. eastern, The Morning Brew, Part Deux!

In the wake of the killing last week of a top ISIS leader, Timothy Furnish goes big picture, and says, “We Didn’t Start the Islam Fire: But Can We Put It Out?”