From Woke to Awakened 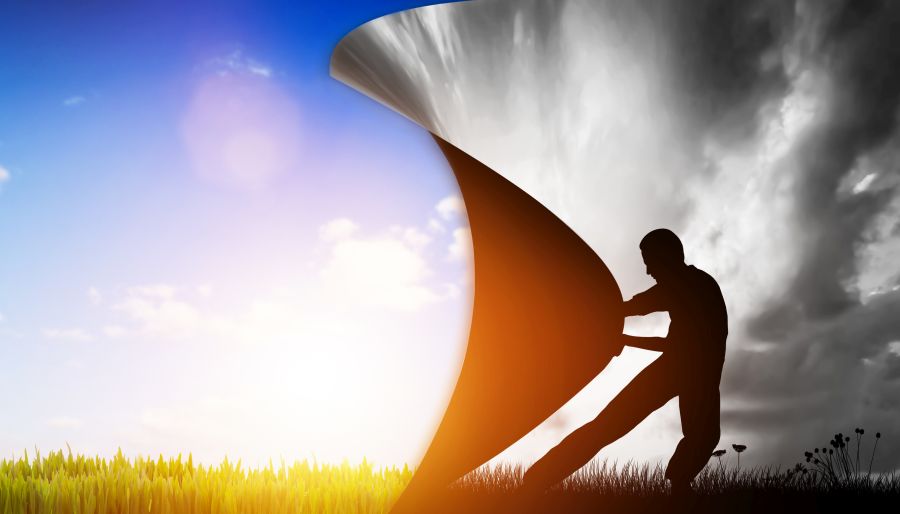 According to Merriam-Webster, in African American Vernacular English (sometimes called AAVE), “awake is often rendered as woke, as in, ‘I was sleeping, but now I’m woke.’” Today, however, as the term has made its way into the larger culture, “‘Woke’ is increasingly used as a byword for social awareness.”

In some cases, this can be positive, as we become aware of areas of injustice and inequity, genuinely wanting to bring about positive change. But increasingly, being “woke” carries with it a sense of pride, a sense of being better, a sense of superiority. “Just look at me,” we think to ourselves. “I am so woke!”

That’s why I tweeted on Saturday, “The result of being ‘woke’ by the culture is self-righteousness and pride. The result of being awakened by the Spirit is self-abasement and humility. The one says, ‘Look at me!’ The other says, ‘Woe is me!’”

In that sense, as followers of Jesus, we do not need to be woke; we need to be awakened.

I have had the privilege of serving on the front lines of genuine spiritual outpourings where the presence of God was so strong the conviction of sin became overwhelming.

I have witnessed thousands of people — literally — running to the altar to cry out to God for mercy, sometimes staying on their knees for hours at a time.

I have witnessed non-believing camera men who came to the meeting simply to provide photographs for a major news outlet, only to be weeping in repentance by the end of the service.

This is what happens when we encounter a holy and righteous God. We are smitten with a sense of our sin and guilt, and then, with repentance, we are flooded with a sense of forgiveness and love. The transformations are as lasting as they are deep.

I have spoken with many pastor who told me, “I brought my congregants to the meetings because they needed a fresh touch from God. Instead, I was the first one to the altar, recognizing the sin and compromise in my own life.”

After attending the Brownsville Revival in 1996, a pastor from England sent this email:

I must tell you that since attending the [Brownsville leadership] conference in November, my own life has been profoundly affected. I feel like I have been born again all over again (I realise that’s what is meant to happen in revival) and am experiencing the presence of God in a way I have never done before.

I arrived home with great expectancy but also with no agenda to try and make something happen. The first Sunday I was back, I stood in front of the congregation here in Alton to greet the people and just broke down uncontrollably. Many in the congregation began to do the same … .

I gave opportunity to the people to respond and every single person came forward to repent and be cleansed. … There are many things I could share, but just to say that there is a new spirit over the people. People want to worship and pray in a way they’ve never done before and have a whole new desire to see their families, friends and neighbours saved.

This is what happens during times of revival. And when the revival spreads into the larger society, including the radical conversion of non-believers, it can turn into an awakening.

Nothing less than an awakening will do in America today. It is literally revival (and awakening) or we die.

Speaking of the Hebrides Revival off the coast of Scotland (1949-1952), Duncan Campbell wrote:

[Another] main feature has been deep conviction of sin — at times leading almost to despair. I have known occasions when it was necessary to stop preaching because of the distress manifested by the anxious, and many would find expression for the feeling in their hearts and the burden of their guilty conscience, in the words of John Newton:

My conscience felt and owned its guilt,
And plunged me in despair;
I saw my sins His blood had spilt
And helped to nail Him there.

[In the parish of Uig] all lorries [trucks] and vans available were put into service to convey the people to the place of worship, yet many were forced to walk miles; but distance did not matter, and at any rate they knew that the meetings would continue: if they were not in time for the first, they would be sure of getting the second or the third. So they came across the moors and over the hills, young men and maidens, their torches flashing in the darkness, intent upon one thing, to get peace from a guilty conscience, and refuge from the storm in their bosom, in the shelter of the Rock of Ages.

In the current climate of America, scenes like this seem completely impossible in the world and highly unlikely in the Church.

But that’s the whole point about revival and awakening. It is not something we manufacture or work up. It is something God sends down. And it can start with each of us.

May we become more conscious of God, more aware of our sin, more gripped by His grace, and more transformed by His love. Awaken us, O Lord! Now really is the time — or else.