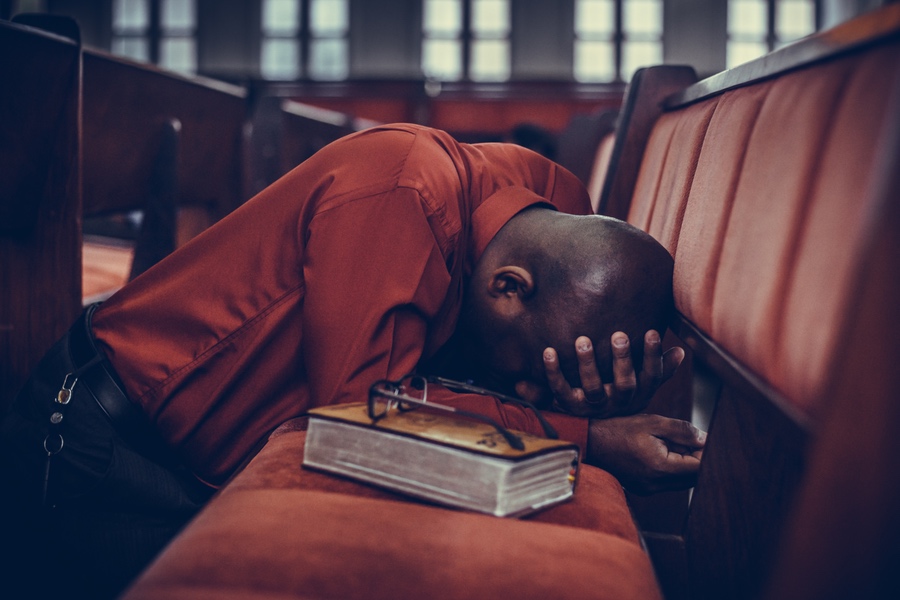 John Knox prayed, “Give me Scotland or I die!” George Whitefield prayed, “Give me souls, or take my soul!” Today, millions of Americans Christians need to pray, “God, revive us or we die!” And there is no hyperbole in that prayer. Without a national awakening, America as we know it is doomed.

In 1944, Rev. Peter Marshall declared, “Surely the time has come, because the hour is late, when we must decide. And the choice before us is plain — Yahweh or Baal. Christ or chaos. Conviction or compromise. Discipline or disintegration.”

That was 1944, nine years before the first edition of Playboy.

In 1969 Dr. Bill Bright wrote, “We live in the most revolutionary period of human history. … Social band-aids and reform antiseptics give little hope for a cure or even an improvement. A revolution is needed. … You can experience this revolution. In fact, you can help bring it to pass.”

Also in 1969, Rev. Tom Skinner wrote, “I’m convinced America is at her crisis hour. Revolution is inevitable. It’s just a matter of which faction is going to prove strongest and will win out in the end. I believe most Americans are so apathetic that they will just sit back and go to whoever wins the struggle.

What would these men of God say today?

But I doubt that the most zealous gay activist would have predicted that the Supreme Court would one day redefine marriage. Or that a “married” gay man would run for president. Or that another presidential candidate would say that transgender rights were the Civil Rights issue of our day. Or that a famous male athlete would be declared woman of the year. Or that the American Library Association would endorse Drag Queens reading to toddlers.

Put another way, 1969 was 4 years before more than 60 million babies would be aborted in their mother’s wombs.

How Much Do We Need a Sweeping Revival?

How much more, then, do we need massive awakening today? How much more do we need a sweeping revival in the church that will spark a moral and cultural revolution in the society?

Even if Roe v. Wade was overturned, that would not change the hearts of tens of millions of Americans who would fight day and night for the “right” to abort.

Even if President Trump was reelected and appointed hundreds of fine judges, including more Supreme Court justices, that would not stop our rapid, national slide down the slippery moral slope.

Only six attended the first meeting, and twenty the second. But within several months, tens of thousands were praying seven days a week.

Even if we were able to push back against radical LGBT activism in the courts and the schools, that would not undo the damage that has been done. Nor would the LGBT community surrender any of the hard-earned victories they have won.

That’s why there’s only one real solution for the future of our nation.

What else will turn the rising tide of opioid addictions? Or stop the vile sin of human trafficking? Or address the ongoing epidemic of fatherless homes? Or heal the deep divisions that are tearing us apart?

American history has been marked by great awakenings and revival movements, without which we would have crashed and burned a long time ago.

To give one case in point, our nation was powerfully impacted by a prayer revival that swept the country in 1857-1858.

Before that time, according to the late revival scholar James Edwin Orr, the churches were becoming worldly and internalized, and immorality, violent crime, spiritualism, corruption, and atheism were on the rise. Does this have a familiar sound?

Jeremiah Lanphier, a retired businessman become missionary, acting in obedience to the Spirit’s prompting, began to promote a weekly “Lunch Hour Prayer Meeting” for revival. Only six attended the first meeting, and twenty the second. But within several months, tens of thousands were praying seven days a week.

The revival spread from city to city, jumped across the ocean to England, Ireland, and Wales, and shaped the history of our nation.

As a result of this revival hitting Chicago, the 40-year ministry of D. L. Moody was born. And within a decade, slavery was legally abolished.

According to Mary Stuart Relfe, “The Revival of 1857 restored integrity to government and business in America once again. There was renewed obedience to the social commandments. An intense sympathy was created for the poor and needy. A compassionate society was rebirthed. The reins of America were returned to the godly. Yet another time, Revival became the solution to the problems, the remedy for the evils, the cure of all ills.”

And so, our prayer today is, “Do it again, Lord! Revive us or we die!”

Do we have another choice?

(The paragraphs on the 1857-1858 prayer revival were taken from Michael L. Brown, The End of the American Gospel Enterprise.)