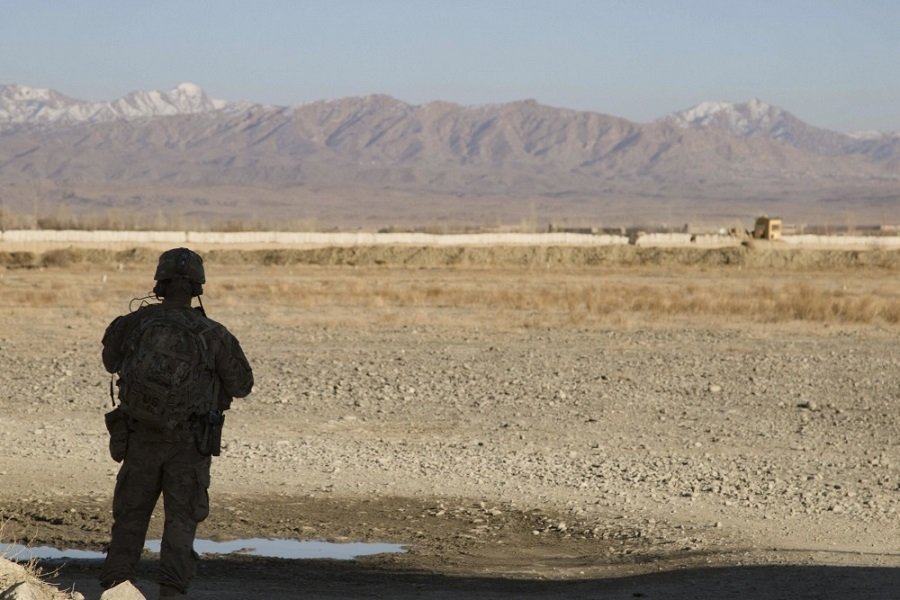 U.S. Army and Afghan soldiers move to a secure location to conduct a key leader engagement on December 2, 2019, in southeastern Afghanistan.

After church Sunday, my wife turned on Maria Bartiromo’s Sunday Morning Futures. Representative Devin Nunes, R-Calif., was on. Bartiromo asked him about the U.S.-Taliban deal signed yesterday. The congressman called the Taliban “extremists.”

This illustrates perfectly why President Trump is right to get us out of Afghanistan as soon as possible.

What’s in the Deal Trump Signed?

The U.S. commits to reducing its military forces from the current 13,000 to 8,600 by mid-July 2020. Total withdrawal will be accomplished by May 2021. Coalition (allied) forces will be drawn down in the same manner.

The Taliban agree to prevent al-Qa’ida or similar groups from threatening the U.S. via Afghanistan. This includes recruiting, training, or otherwise operating there. America’s long-bearded enemies also promise not to support outside jihadist terrorists in any other way. Thousands of POWs will also be released, most by the Taliban, within three months.

What do the Taliban get out of this? The U.S. will consider (“initiate an administrative review” regarding) lifting sanctions on them. It will ask the U.N. Security Council to do likewise. And in the future the U.S. will stay out of Afghanistan’s domestic affairs. Sorry, Max Boot.

Finally, the U.S. will try to get along with the Taliban, assuming they are part of the “new post-settlement Afghan Islamic government as determined by intra-Afghan dialogue.” No promises, however.

We’ve Failed to Win Hearts and Minds in Afghanistan

If this holds, the U.S. military will have been at war in a country 7,000 miles away for just shy of 20 years (October 2001 to May 2021). That’s equal to the time previous generations fought in the Revolutionary, Civil, Korean, and both World Wars combined.  And some 6,400 Americans (2,400 military, 4,000 contractors) have died there. True, the Taliban no longer control the majority of the country, as they did before the U.S. invasion. But still over one-third of that nation of 38 million has significant Taliban presence.

The U.S. has clearly failed to win hearts and minds in Afghanistan. And this despite spending about $1 trillion there to build roads, schools and mosques.  (The latter violating our Constitution.) The money even included idiocy like $8 million to get Sesame Street on Afghan TV.

Still, the usual suspects touted forever war in south Asia. Most of them on the Right. Representative Liz Cheney, R-Wyo., led a preemptive Republican Congressional attack. Its basis? The “totalitarian Islamic Emirate” would return to helping terrorists. And of course former National Security Advisor John Bolton unloaded on the agreement. He decried, among other things, “legitimizing [the] Taliban.” Abroad, the Iranian government denounced the deal, in-between coughing fits. Yet the American Left was strangely silent. They were just too busy blaming Trump for coronavirus to condemn him for giving peace a chance. At least so far.

Here are some points to consider.

First, AQ’s deadly 9/11 attack did stage from Afghanistan. But the Taliban, while accessories, were not the actual perps. Did we need to go in after Bin Laden? Of course. Did we need to expend thousands of American lives and the wealth of Croesus over two decades to prevent such from recurring? No. Special Ops teams could have done the job on a fraction of the budget. Especially if we’d preceded their insertion with massive airstrikes. There was no need to expand the conflict into providing every Afghan access to Big Macs and The Federalist. Especially since most of them had, and still have, no hankering for the latter.

Contrary to What Our Politicians Say, the Taliban Aren’t Extremist

That last sentence leads directly to my second point. Contra Bolton, Nunes and much of the Washington establishment, the Taliban are not extremist, and they are very much legitimate, in south Asian Islam. They are in fact mainstream Afghan representatives of the hugely influential Deobandi movement. This began in the mid-19th century among Indian Muslims under British rule. Deobandis believe in strict adherence to Islamic precedence, revere the hadiths (alleged sayings of Muhammad), and dislike Sufis. Although similar to Saudi Wahhabis, Deobandis are intrinsically south Asian Sunni and number several hundred million people in India, Pakistan and Afghanistan. So the Taliban’s Islamic fundamentalism goes back long before the U.S. or even Soviet invasion (1979-89). Cookie Monster didn’t stand a chance against Muhammad.

Furthermore, perhaps one-third of Afghanistan’s population is Shi`i. These are mostly Twelver but large pockets of Seveners, or Isma’ilis, also exist. This is one reason that Iran looks east for friends and influence. Another is that, historically, western Afghanistan has been under the thumb of Iran. Herat, for example, was only carved off by the British in 1857.

I’m not promoting Iranian irredentism. But if the ayatollahs do try to expand eastward, they’ll find their hands full. Not just with surly Sunni Taliban, but folks like ISIL-Khurasan who would as soon decapitate a Shi`i as embrace one. Its very own Vietnam might put a damper on the Islamic Republic of Iran’s foreign adventurism.

Plus, the U.S. doesn’t have to totally abandon its allies in Kabul. We aren’t giving up our myriad of bases in the Middle East, so if the administration of President Ashraf Ghani were in dire straits, we could move back in easily. Or if the Taliban were stupid enough to work with AQ again, or ISIL/ISIS, we can simply let our drones introduce them to their coveted houris. 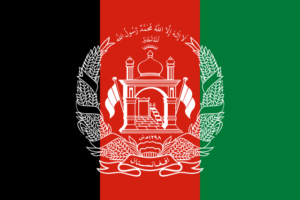 But why would we? It’s the Islamic Republic of Afghanistan, after all. Its flag, on top, says “There is no god but Allah and Muhammad is the messenger of Allah.” Below that: “Allahu akbar,” “Allah is greatest.”

Consider data from several Pew studies. Ninety-nine percent of Afghans support making shar`ia the law of the land. That’s the highest percentage in the world. Seventy-nine percent of those say anyone who leaves Islam should be executed. Thirty-nine percent in Afghanistan support suicide bombings (second only to Palestinians).

Let’s stop wasting American time, treasure and lives propping up a regime that’s little different from the Taliban themselves. Afghans are not just Jeffersonian Democrats sans razors. President Trump is right to get us out. And the sooner the better.

Timothy Furnish holds a Ph.D. in Islamic, World and African history. He is a former U.S. Army Arabic linguist and, later, civilian consultant to U.S. Special Operations Command. He’s the author of books on the Middle East and Middle-earth; a history professor; and sometime media opiner (as, for example, on Fox News Channel’s “War Stories: Fighting ISIS”).