Electric Cars Aren’t ‘Green.’ They’re Black as the Coal They Run on, and Brown as the African Kids Who Mine Toxic Chemicals for Their Batteries 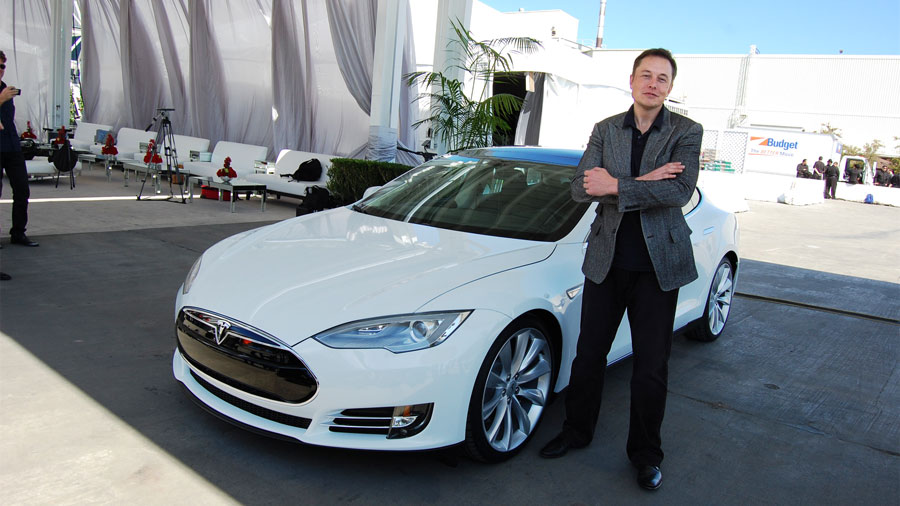 One of the most popular environmental writers, who appeals to both Right and Left, is Wendell Berry. He explains in his writing why it’s a worthy practice to try to buy local — to consume food, products, and services that derive from your nearby community. It’s not some form of micro-nationalism or nano-protectionism that moves him. No, Berry explains that there’s a solid, practical, moral reason for opting to go local whenever possible.

You can see the side-effects of the production process. You might even have to deal with them. If the meat you buy comes from animals raised right down the road, you could easily drive by and see how humanely they’re treated. If the pig farm that makes your bacon is dumping waste illegally, you might be able to smell it. You can take some responsibility for what economists call the “externalities” your buying choices impose on innocent third parties, because they’re your neighbors.

What’s more, because these consequences are accruing to people near you, whom you might even know, you’re more likely to care about them than you would about total strangers on the other side of the world — who might even live in a hostile country with a religion that you’re not too fond of.

The “Not In My Backyard” (NIMBY) principle can sometimes turn ugly, of course. The people who live in the gilded cage that is Martha’s Vineyard illustrated that truth. They’re happy to vote for open, lawless borders when the consequences accrue to blue-collar “rednecks” and even Latinos who live in Texas. When those chickens fly north to roost in Massachusetts, though … the locals act like people who heard about the Martians attacking from Orson Welles on the radio.

That “sanctuary city” status which Martha’s Vineyard voted to claim? Yeah, we weren’t serious about that. What’s wrong with you people? Call the National Guard.

NIMBYism Can Be Virtuous

But “Not In My Backyard” isn’t a bad thing in itself, so long as it’s seasoned with justice and harnessed to virtuous purposes. If you commit yourself to consuming things whose production directly affects you, you’ve created a motivation for yourself to buy responsibly. One way of doing that is to buy a gasoline-powered car. You know the risks of oil production. You support responsible energy production in your own country — instead of outsourcing it all to foreign tyrannies. So you know that reckless production producing spills would affect you too — if only in higher taxes to pay for cleanups.

If something goes wrong with your engine, and it starts billowing black smoke, you will choke on it. If there’s too much auto smog in your city, you will smell it. You can observe and influence many aspects of the process of fueling your car, and you will bear some of the costs.

What Generates Your Electricity? Do You Have Any Idea?

None of this is true for electric vehicles. You don’t know how the electricity that runs them is generated. Some of it doubtless is currently produced by dirty old coal. (That would make your car’s energy not so much green as black.) How would you even find out where the charging station you use on the road gets its electrical power? They don’t post that information for the public.

Electricity is fungible, and might come from any source. (Do you know where the juice that powers your home comes from?) Chances are that very, very little of it is currently generated by “clean” (bird-slaughtering) wind turbines or solar panels, however. It’s easy for you not to think about that, and so you probably won’t. It’s not in your backyard.

Likewise, and much more grievously, the batteries on which electric vehicles entirely depend are environmental train-wrecks. Wired magazine reports:

[W]hat links the battery in your smartphone with a dead yak floating down a Tibetan river? The answer is lithium – the reactive alkali metal that powers our phones, tablets, laptops and electric cars.

In May 2016, hundreds of protestors threw dead fish onto the streets of Tagong, a town on the eastern edge of the Tibetan plateau. They had plucked them from the waters of the Liqi river, where a toxic chemical leak from the Ganzizhou Rongda Lithium mine had wreaked havoc with the local ecosystem.

There are pictures of masses of dead fish on the surface of the stream. Some eyewitnesses reported seeing cow and yak carcasses floating downstream, dead from drinking contaminated water. It was the third such incident in the space of seven years in an area which has seen a sharp rise in mining activity, including operations run by BYD, the world’ biggest supplier of lithium-ion batteries for smartphones and electric cars. After the second incident, in 2013, officials closed the mine, but when it reopened in April 2016, the fish started dying again.

In Chile’s Salar de Atacama, mining activities consumed 65 per cent of the region’s water. That is having a big impact on local farmers – who grow quinoa and herd llamas – in an area where some communities already have to get water driven in from elsewhere.

In Argentina’s Salar de Hombre Muerto, locals claim that lithium operations have contaminated streams used by humans and livestock, and for crop irrigation. In Chile, there have been clashes between mining companies and local communities, who say that lithium mining is leaving the landscape marred by mountains of discarded salt and canals filled with contaminated water with an unnatural blue hue.

“Like any mining process, it is invasive, it scars the landscape, it destroys the water table and it pollutes the earth and the local wells,” said Guillermo Gonzalez, a lithium battery expert from the University of Chile, in a 2009 interview. “This isn’t a green solution – it’s not a solution at all.”

How many such incidents are happening around the world, as the mammoth State of California demands that all its residents switch to electric cars? Will you do the research to find out? Will most drivers? Unlike acrid smoke pouring from the back of your car, or oil washed up on the beach of a state near you, these impacts can be hidden — especially when the production happens in a totalitarian country like China.

A high percentage of the victims of electric batteries are children, as Wired warns. They make up much of the workforce mining for another crucial element in car batteries, cobalt:

Two other key ingredients, cobalt and nickel, are more in danger of creating a bottleneck in the move towards electric vehicles, and at a potentially huge environmental cost. Cobalt is found in huge quantities right across the Democratic Republic of Congo and central Africa, and hardly anywhere else. The price has quadrupled in the last two years.

Unlike most metals, which are not toxic when they’re pulled from the ground as metal ores, cobalt is “uniquely terrible,” according to Gleb Yushin, chief technical officer and founder of battery materials company Sila Nanotechnologies.

“One of the biggest challenges with cobalt is that it’s located in one country,” he adds. You can literally just dig up the land and find cobalt, so there’s a very strong motivation to dig it up and sell it, and as a result there’s a lot of motivation for unsafe and unethical behaviour.” The Congo is home to ‘artisanal mines’, where cobalt is extracted from the ground by hand, often using child labour, without protective equipment.

Have you got that? By switching from a gas-burning car, you abandon a fuel produced by highly-paid and well-trained adults to one dependent on Third World kids without any protective equipment.

But that’s out of sight, out of mind. Just slap that “Co-Exist” bumper sticker on your Tesla, and drive it straight to perdition.