Each Half of the Country Thinks the Other Are Unfit Parents. And One Half Is Right 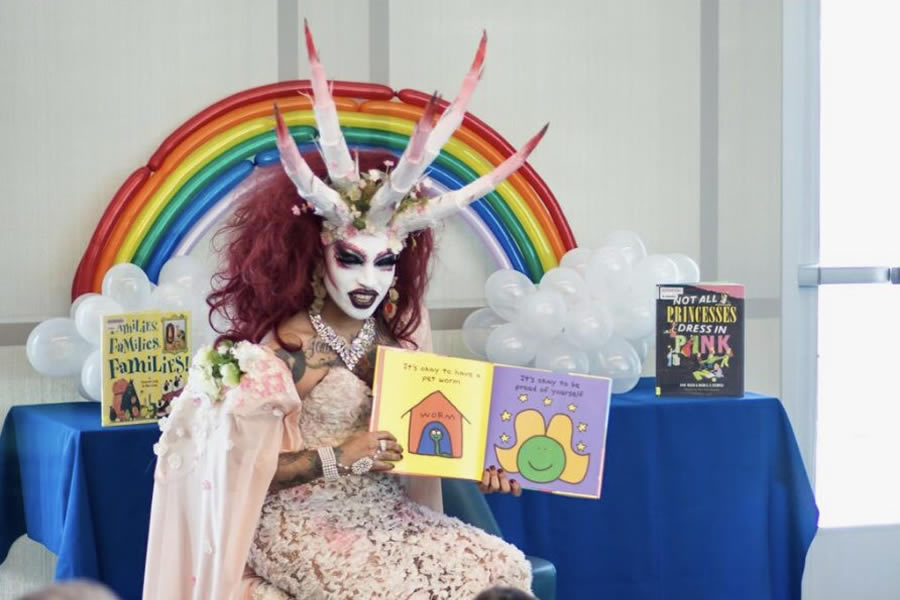 When parents line up to drag their toddlers into a sex show, headlining male tranvestites dressed like prostitutes, what do we think of them? Do we think they’re fit custodians of children? No, we don’t — any more than we’d nod and smile at parents dragging their kids into regular, heterosexual strip clubs. In fact, we’d likely call Social Services on parents like that. In a normal country.

How about if parents had their mentally ill children lobotomized? Would we stand still for that? It’s actually less radical and damaging than what Progressive parents are doing to their supposedly “transgender” children, to treat a condition that normally (in kids) goes away by itself. Lobotomized patients lose much of their personalities and are tragically limited. But they aren’t castrated, rendered infertile, or put on a lifetime of dangerous steroids and artificial hormones. The psychiatric butchery of the 1940s and 50s wasn’t quite so appalling as what we’re indulging in now.

How many Progressives today are opposed in principle to drag queen acts for children? How many would refuse the suggestions of busybody schools that saturate children in sexual innuendo, then claim that the confusion resulting is evidence of “transgenderism” requiring a “transition”? I fear that the percentage is shrinking, week by week, as the incoherent religion of transgenderism displaces biology and the Bible.

They’d Take Our Kids Away Too if They Could

Can we still share a country with these people? Can they share one with us? They certainly don’t seem willing to. They want to force us to take experimental vaccines derived from abortion. They demand that their abortion laws prevail across the country. They censor our speech, take away our bank accounts, and wish to seize our funds on Paypal — all for thinking differently than they do.

Can we still share a country with these people? Can they share one with us? They certainly don’t seem willing to.

Right now we’re on the defensive, just trying to stop a Progressive totalitarian takeover from Alaska to Alabama, via massive Woke corporations, a weaponized FBI, radical teachers unions, George Soros prosecutors, and politicized judges. So we’re talking up localism, freedom of choice, and “voting with your feet.”

We Want to Transform the Culture and Government Too

But honestly, if we got stronger — let’s say if an honest presidential election were ever again permitted, which we would win — would we still be so modest? Should we?

Currently we’re willing to live with abortion through birth in California, because we’re so relieved we can protect some unborn kids in Louisiana. But how long, really, are we willing to let that continue — as airports in blue states begin to feature abortion clinics, and abortion pills flow through the U.S. mail to states where the unborn are legally protected?

For now, we only ask that our kids not be recruited by public school teachers for castration and mutilation. But are we so callous and selfish as to shrug when other adults subject helpless children to this? Cain’s question, “Am I my brother’s keeper?” has an answer, and it is most emphatically, “Yes.”

Unlike Progressives and Nazis, We Believe in the Natural Law

We don’t wish to impose a single faith on America, much less a single church. But we absolutely do wish to base our public laws on the Natural Law, which is writ on the human heart and binds each human being. That fundamental moral law can be seen by reason alone, once you grant the premise that God made man with a purpose in mind.

Unlike the Nazis, we don’t regard the law as simply the rule of the strongest over the weakest. Unlike Utilitarians, we don’t see maximizing the number of “happy moments” as the only goal of life. We shouldn’t pretend otherwise, except insofar as we’re so politically weak that blurting out the truth would be imprudent.

Ultimately, our goal is not to “live and let live.” Nor to live and let die — as the unborn die by the hundreds of thousands each year, and souls die in the poisonous fog of transgenderism, pornography, nihilism, and cultural Marxism. No, we wish to convert America, and part of that entails converting its laws from unreason to reason, from perversion back to nature, from chaos back to order.

If This Be Christian Nationalism, Let Us Make the Most of It

Just like the Progressive left, we aim at cultural dominance, at using the State within its proper limits to promote what we see as the truthful vision of life, and enforce the rights of men as our worldview sees them. We don’t want a morally or culturally neutral government — if such a thing were even possible, which it isn’t.

We don’t seek the blasé, hands-off kind of culture and society that secular libertarians crave. Like the Progressives, whose faith is a perversion of Christianity, we seek to build a City on a Hill. It’s just that our city isn’t Sodom, with the Tower of Babel as its city hall, and the Whore of Babylon as mayor.

There’s one fundamental difference, however, between our goal-driven vision and the left’s: We believe in forgiveness. Offend the left’s pharisaical moral code just once, with an offhand remark or an obsolete opinion, and Progressives will try to destroy you. They have a long, long list of “sins,” but no means of redemption. Like their father the devil, they are solely and always accusers.

Our Strategic Advantage: the Generosity of God

We follow our Father, and so we invite people to repentance, to healing, and forgiveness. We welcome former abortionists, ex-porn actors, de-transitioning people and every other kind of penitent, and rejoice when they show up. We embrace them at the doorway and cook them the fatted calf, for they were once lost but are found, were dead but now are living.

That very fact, our faith in forgiveness and offering refuge to the confused, is also a profound strategic advantage. The secular left cancels people, steamrolls them, casts them aside. It only attracts those goaded by fear or lusting for power. Our Christian alternative, if we live it truly, offers hospitality and healing. That’s much more attractive over time to the weary human soul.

The Woke Can’t Admit That They’re Trousered Apes. Instead They Strive to Be Demons