Do Not Put Your Trust in Princes 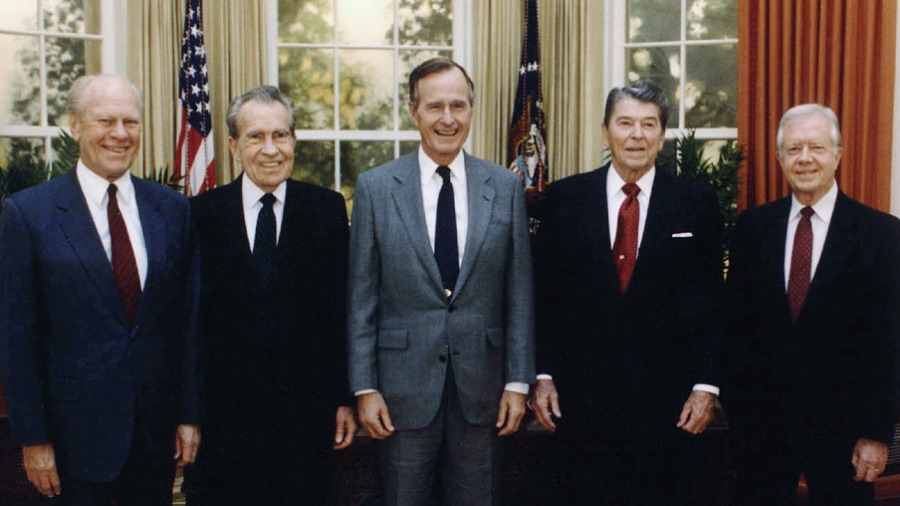 What comes to mind when you hear that the title of one of my articles is, “Don’t Put Your Trust in a Political Savior”? For some of you, it is probably something like this: “There goes Mike Brown again with his self-righteous posturing, lecturing those of us who are still standing with Donald Trump.” But what if I told you that I wrote this article back in 2011 during the presidency of Barack Obama? And what if I told you that I began the article by speaking about President Jimmy Carter in 1976? Would that change things?

Back in 1976, as a fairly new, born-again follower of Jesus, I remember my excitement when I learned that this candidate from Georgia was also born-again. And he wasn’t ashamed to say it! Surely he would do an amazing job.

He Wasn’t the Answer

Four years later, after a very weak presidency, Carter was swept out of office by Ronald Reagan, who accomplished many significant things during his 8 years in the White House. And it was during this time that the Moral Majority also came into prominence.

Not even Ronald Reagan could turn the moral and cultural tide of the nation, despite all the good that he did.

Yet, as I wrote in 2011, “Eight years later, despite the many good intentions of the Moral Majority, despite the clear voice Reagan provided on a number of important moral issues (including abortion), and despite some of the very positive things Reagan accomplished (nationally and internationally), America was still stuck in a deep moral quagmire and the abortion industry continued almost unabated. In fact, according to the Alan Gutmacher Institute, there were at least 1.5 million abortions every year from 1980-1988, the years of the Reagan presidency, showing increase rather than decrease.”

Not even Ronald Reagan could turn the moral and cultural tide of the nation, despite all the good that he did.

And who can forget the adulation surrounding the “Chosen One,” the rock star president, Barack Obama, in 2008? He was anything but a political savior.

As for Obama’s political opponent in 2012, Mitt Romney, very few differed with my June 2012 article, “Mitt Romney Is Not the Answer.” I voted for him, but with very little expectation of positive change, even if he was elected.

Our Human Nature is Looking for a Hero

But the real issue has more to do with human nature and the nature of America than it has to do with Carter or Reagan or Obama or Romney or Trump.

As noted in my 2011 article, that’s because “the American political system is both complicated and convoluted, totally different than, say, ancient Israel where the right king could bring about national transformation, especially over the course of his lifelong reign.”

Also, “America is a nation of more than 300 million people, and much of the change we need must be grassroots change, from the bottom up more than from the top down. In fact, it is hypocritical to criticize big government and its overreaching arm while at the same time looking to government to save us.”

Plus, “our presidents are not superheroes, and once we get past the political panegyric, we are reminded of their humanity.”

To be perfectly blunt, God is not pleased when we make our leaders into superheroes, attributing to them almost mythical and mystical powers that really belong only to Him.

That’s why the Lord cut down powerful kings who thought too highly of themselves, like Nebuchadnezzar, king of Babylon.

One day, he gazed out at his majestic city and said to himself, “Is not this the great Babylon I have built as the royal residence, by my mighty power and for the glory of my majesty?” (Daniel 4:30)

For that, the Bible says, he lost his mind for a period of years, living with the wild animals until he came to his senses. He had forgotten that the only legitimate power he had came from God. (Elsewhere in the Bible, the Lord actually called him “My servant Nebuchadnezzar,” even though he was used to bring judgment on the people of Israel.)

The biggest and most powerful king on the earth is less than a worm when compared to the King of all kings and the Lord of all lords.

He Knows Each Human Heart

That’s also why God struck down King Herod and killed him. When the people praised him as a god, wanting to court his favor, rather than reject their praises and give praise to God, he drank them in. The only true God will not share His glory with His creation.

That’s also why, in the Gospels, Jesus was never overly impressed with people. He commended some for their faith or faithfulness, but He never overpraised them. That’s because, as John records, “He knew what was in each person” (see John 2:24-25). He knows what is in you and me.

Even the apostles recognized their own limitations.

As Paul wrote with reference to himself and his coworker Apollos, “What, after all, is Apollos? And what is Paul? Only servants, through whom you came to believe—as the Lord has assigned to each his task. I planted the seed, Apollos watered it, but God has been making it grow. So neither the one who plants nor the one who waters is anything, but only God, who makes things grow” (1 Corinthians 3:5-7, my emphasis).

That’s also why God spoke these words through the prophet Isaiah: “Stop trusting in mere humans, who have but a breath in their nostrils. Why hold them in esteem?” (Isaiah 2:22) And that’s why the psalmist warned, “Do not put your trust in princes, in human beings, who cannot save” (Psalm 146:3).

By all means, we should give proper honor to those in authority (see Romans 13:1-5). And we should pray for their salvation and well-being (see 1 Timothy 2:1-5).

But by no means should we look to them as savior figures, as people of almost supernatural stature, somehow bigger than life.

We do well to keep this in mind no matter who is in office.

Human beings, one way or another, will disappoint us.

Let’s keep our eyes fixed on Him.

Note: For another article, with a Christmas-flavored take on the theme, see “Trust God, Not the Herods of Our Day,” from The Stream‘s Al Perrotta