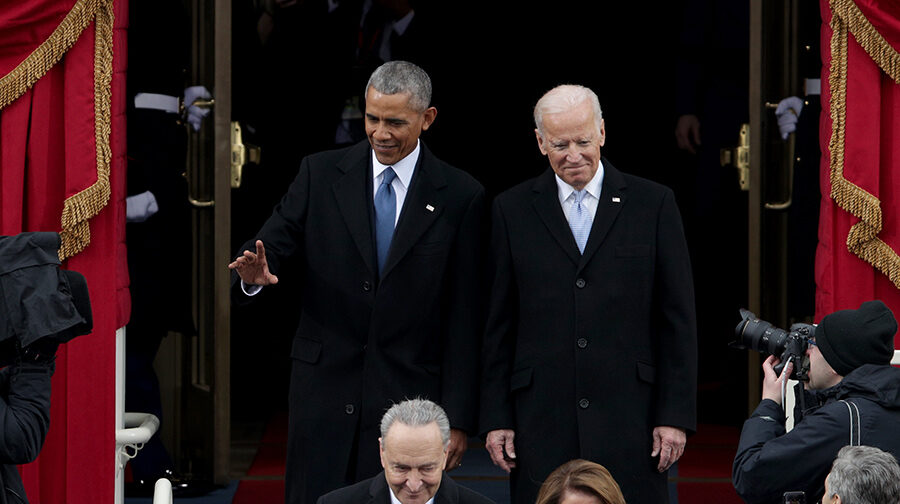 Then Herod called the Magi secretly and found out from them the exact time the star had appeared.  He sent them to Bethlehem and said, “Go and search carefully for the child. As soon as you find him, report to me, so that I too may go and worship him.”  (Matthew 2:7-8)

King Herod lied. He had no intention of worshiping Jesus. He wanted the child killed to maintain his power. So he flat out lied to the emissaries from the east.

Aren’t you glad to live in a time and country where powerful voices in authority do not lie to gain or maintain political power?

We have seen in the past couple months some astonishing acts of deception by authoritative voices that Herod could not help but applaud.

Then a Biden Family business partner in one of the China deals, Tony Bobulinsky, came forward. Bobulinsky confirmed that Joe Biden was, indeed, “the big guy” promised a 10% cut, and that he personally had met with Joe Biden about the deal. In other words, candidate Biden had been lying his face off about his knowledge of and involvement in Hunter’s deals with Communist Chinese Party officials.

What did Brennan and Clapper and their comrades do? These former government intelligence officials? (Who spent years living high on your dime?) They put out a letter declaring that the Biden corruption story had all the makings of a “Russian information operation.” They implied the information on the laptop was a Russian concoction, calling the alleged Russian operation a “laptop op.”

Did they offer any evidence of this? No. But they spoke with the authority of having led U.S. intelligence agencies. They gave the mainstream media all it needed to suppress the story, and declare it Russian propaganda.

Joe Biden himself, when confronted in a debate about the story, declared Trump lawyer Rudy Giuliani a “Russian pawn.”

We now know this was a complete lie. We now know that Hunter Biden and Biden, Inc. and thus Joe Biden himself, have been under investigation for two full years by the FBI for these very same business shenanigans.

We know the laptop information was legit. We know Joe Biden, who may well be installed as the leader of the free world, with powers Herod could not even fathom, lied as easily and assuredly as that corrupt and evil king.

How about our top law enforcement? No.

We Have Nothing on That. Wait. That’s Not Completely True.

In Airplane II: The Sequel, Buck Murdock, played by William Shatner, is told that the crippled shuttle heading toward his moon base is being piloted by Ted Striker.

“Never heard of him,” Murdock says quickly. Then, “That’s not quite true. We were like brothers.”

The FBI brought that scene to life in recent days. In 2017, the FBI swore under oath that it had no documents pertaining to murdered DNC staffer Seth Rich. It certainly didn’t have Rich’s laptop, as had been reported. You remember, don’t you? Even suggesting the FBI was involved in the Rich case and had its hands on Rich’s laptop made you a tin-foil hat wearing nutjob.

The FBI — in the role of Buck Murdock — said, in effect, “No, never heard of Seth Rich.”

Last week, the FBI said, “Well, that’s not quite true. We’re on his case like tinsel on a tree.” In fact, the FBI has 20,000 documents on Seth Rich and counting. Oh, and they do have Rich’s laptop.

Why did the FBI lie? Who ordered the truth to be kept from the American people?

We can’t even trust the FBI?

Even today, we learned that the Comey FBI lied through its teeth about when it started investigating President Trump. Also, in recent weeks, we’ve learned Comey and Brennan lied about when it knew the Steele Dossier was a Hillary Clinton operation.

Certainly we can trust the people in charge of our elections. After all, they’ve got a very simple task. People come in, they vote, you count up the tally.

Except we now know the overseers in several states willingly or unwillingly blew it. Just yesterday, on Capitol Hill, there was damning testimony to some 130,000 illicit votes in Nevada.  Here’s a devastating thread from Kyle Becker showing Dominion hotshot Eric Coomer on video acknowledging how easy it is for election workers and others to manipulate voter data. His statement matches the staggering findings this week from a forensic audit in Michigan, and a video demonstration out of Georgia.

Go see the court documents Sidney Powell has filed, with thousands of pages of sworn affidavits and research, at DefendingTheRepublic.org. Run through the links at HereIsTheEvidence.com. And finally, for a powerful overview of the entire fraud landscape, across states and types of irregularities,  “The Immaculate Deception: Six Key Dimensions of Election Irregularities” from The Navarro Report is a must read and definite share.

The principle of One Legal Person, One Legal Vote is out one giant window.

So Who Do We Trust?

So who do we trust?

Joseph was told what was happening with Mary. And so it was. He was also warned Herod was coming after the baby Jesus. And so Herod did. Thankfully, Joseph trusted the word and brought his family to safety.

Even the Magi, who went straight to Herod in Jerusalem upon arriving, did not return to Herod after being warned in a dream. A warning received after they met and encountered the newborn Christ.

The Messiah, born in Bethlehem, just as the Word of God had said.

Are you detecting a theme?

Trust in the Lord, Not Man

Tucked into the Nativity story is a lesson for 2020. We cannot put our trust in earthly authorities. As fallen beings, their human thirst for power and appetite for corruption easily leads to ungodly deceptions and schemes.

But we can put our trust in the Father, the Son and the Holy Spirit.

Seeking God and listening for God’s voice in this duplicitous, deceitful and dangerous time is worth more than gold, frankincense and myrrh.