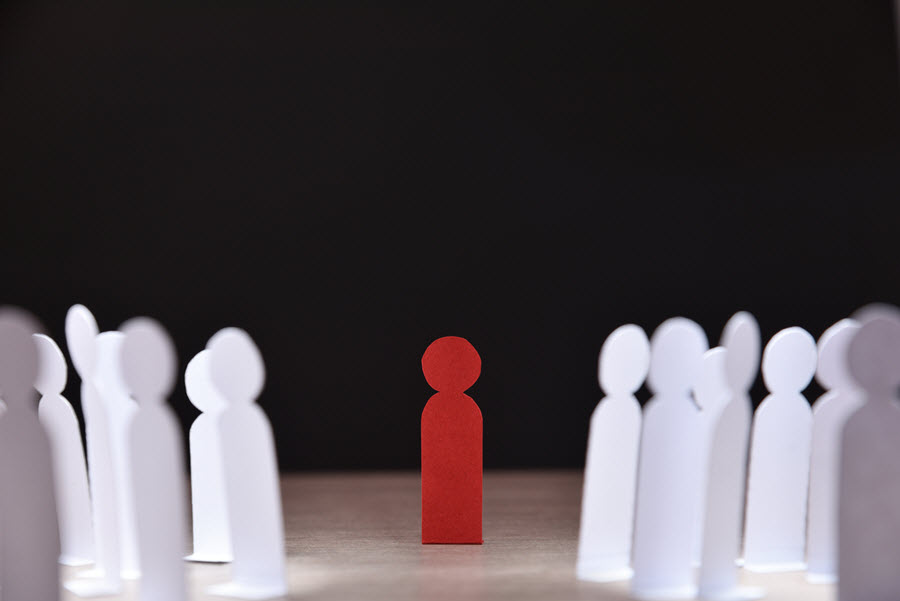 Editor’s note: This article is part of a Stream series on the current attacks on Religious Liberty. See the whole series here.

Religious freedom is under serious, systematic attack — especially Christians’ freedom of religion. This is no mere accident. It’s Democratic party policy. It has been since at least October 2019, when the Democratic National Committee wrote a resolution opposing Christian morality and Christian values. Our president is beholden to a platform that purposefully intends to dismantle Christian influence in America.

The resolution reads in part,

Those most loudly claiming that morals, values, and patriotism must be defined by their particular religious views have used those religious views, with misplaced claims of “religious liberty,” to justify public policy that has threatened the civil rights and liberties of many Americans, including but not limited to the LGBT community, women, and ethnic and religious/nonreligious minorities.

This resolution was a serious enough concern to me when it was merely a platform statement, but now Democrats applying it on dozens of fronts. When you read that linked article, do not view it as a mere list of disconnected events. See it instead as evidence of a systematic plan being carried out purposefully. They told us almost two-and-a-half years ago they wanted to do it. Now they have the power, and now they’re carrying out the plan.

They do it first by labeling and marking off faithful Christians as something strange and foreign. (It only says “religious,” but we know which religion they’re targeting.) We’re not quite normal Americans, we who hold these “particular” beliefs. We’re not good, and we’re not welcome participants in public life and policy.

If we labeled and separated them out the same way, they’d charge us with “othering” them. This is a rare case where a liberal neologism has real value. Where “othering” happens in this way (labeling and separating a group), it’s typically a matter of stereotyping and bigotry. In this case it’s not only wrong, it’s blatantly hypocritical.

The Democrats’ resolution continues with a carefully wordsmithed caricature of Christian belief, hinging on the word “religious.” That’s a key term here, as you’ll see when we compare it with another way it might have been written: “Those … claiming that morals, values, and patriotism must be defined by their particular views of reality.”

That’s what Christianity is about: It’s a view of reality, by which we understand the God of the Bible to be our holy Creator, by which He stands in the right place to define goodness for all. What He says is good, actually is good, and not just for believers but for all.

That is our view of reality, and if Democrats want to call it a “particular” view, fine, but only if they realize they, too, have their own particular view of reality. They deny God — either His existence or His moral relevance — and their morals flow straight out of that denial. If there is no God, or if there is only is a malleable, accommodationist god (the small g is intentional) who adjusts reality to meet human preferences, then Christian morality is wrong. Everyone really ought to free to do what pleases him most, “as long as it harms no one,” as they are prone to say.

Democrats couldn’t hold that moral belief unless they also held their God-denying belief about reality itself. Materialistic atheism, for example, is considerably more common among Democrats than Republicans, and it is a very particular (and peculiar) belief. Everyone’s belief system is a particular belief system. But the Democrats wrote this resolution as if only religious people had “particular … views.”

They couldn’t hold that moral belief unless they also held their God-denying belief about reality itself.

Rhetoric of this sort is meant to make the speakers seem normal and us seem strange. Progressives use it intentionally, frequently, and strategically. Secular Americans have fashioned an ideal they call religious neutrality and made it the default stance from which politics should be conducted. That idea is a failure from the start, as there is no such thing as religious neutrality. It is perfectly impossible, especially in public policy. There is no secular sphere we can carve out where law has no impact on religion, or where religion has no effect on law.

The Fallacy of Neutral Secularism

Somehow, though, this failure has succeeded for Democrats’ intended purpose. Neutral secularism doesn’t exist; it’s a figment of imagination; yet still this nonexistent secularism has become virtually the American way of doing things, the only way to treat everyone equally, the only way to be truly inclusive. People with religious views have particular religious views, but people with secular views can (supposedly) encompass the entire vast range of American diversity. That makes them better Americans, indeed, the only Americans who ought to have any say in public policy.

It’s nonsense, obviously. The Democrats who wrote this have particular beliefs, too. Everyone does. There is no such thing as a non-particular belief. You’ve had this conversation, haven’t you?

“Do you believe that?”

“You mean, you don’t believe it, right?”

And Democrats particularly cannot embrace Christian belief. They don’t want to. It disgusts them. It interferes with “the civil rights and liberties” of many Americans, they say. I have no idea what they’re talking about when they say religion interferes with ethnic minority rights. I know of no such instances. I’ve heard accusations of “white Christian nationalism,” but I’ve never seen it in action. It functions nicely as a label to make Christianity look ugly, but it doesn’t match reality.

The bulk of their complaint is that religion interferes with “sexual liberty,” especially their beloved rights to same-sex marriage, their freedom to change their sex at will (not that such a thing is possible, but they want the right to it anyway), and women’s free choice to flush away the living human consequence of deciding to have sex with a man.

They Fear, So They Attack

So we are a “threat,” they say. Read that well: It means we worry them. They’re afraid of what we might do with our (scare-quoted) “religious liberty.” We might steal back their hard-won “civil rights” allowing them untrammeled sexual freedom.

The worst thing they could do, both for themselves and for us, would be to succeed.

Fear does strange things to people. (Guilt does, too, and I strongly suspect that’s part of the mix, though obviously they don’t say so.) If you feel threatened you run and hide or you fight back. They’re not running and hiding, and why should they? They’ve got enormous legal and social power on their side, and they’re using it against us with abandon.

This is what’s going on behind today’s religious freedom battles. It starts with Progressives’ desire for sexual freedom, and it flows through their false practice of carving out “religion” as something “particular.”

They Attack Themselves in the Process

I’ve been using a lot of “us” vs. “them” language here, because it’s reality: America really is that polarized. Democrats characterize the division wrongly, as “particular” religious beliefs up against some implied neutral secularism. Their secularism is a particular belief position, too.

The reality, too, is that polarized as we are, we’re still all in this together. If America falls to internal fighting, all America falls, whether progressive or conservative, secular or religious. History gives solid evidence that nations do not stand strong based on sexual liberty; in fact, nations don’t stand at all that way. They are on a path to destroy themselves, not just their opponent.

Religious Freedom is Their Freedom, Too

Democrats don’t see that, obviously, so they’ve put a target on religious freedom, and they’re trying to kill it. That’s not me saying so; it’s Democrats’ own written policy. Now we see them pursuing it. They’re chasing our freedoms down systematically, strategically, and with considerable power backing them. They fight because they fear. They ought to be more afraid of themselves. The worst thing they could do, both for themselves and for us, would be to succeed.