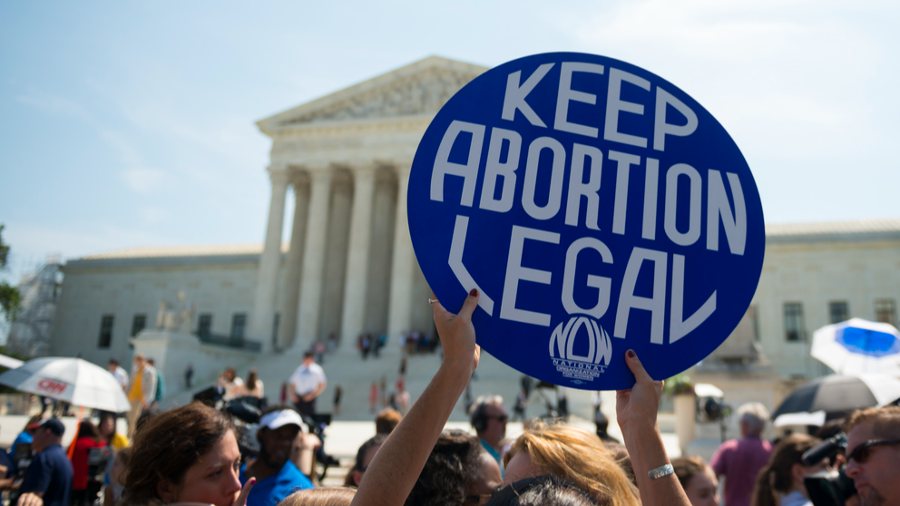 In my last column, I offered detailed, principled answers to the six strongest arguments offered by pro-choicers. But these people don’t give up. Sometimes they’ll break down in tears, and expect you to simply give way. (“Now, now, don’t cry. You just go ahead and kill that baby, okay?”) Other times, they just try to wear you down by sheer persistence. That’s when they resort to these, even weaker reasons. I thought I’d answer them too, just in case.

Argument #7: “If a Woman Knows She Won’t be Able to Provide for the Child, an Abortion is the More Responsible Choice.”

There are many who can’t easily afford their 3 year-olds, 7 year-olds, or teenagers. So, should they kill their child at one of these ages because they can’t really afford them? For those of us who realize that life starts at conception, there’s absolutely no difference.

Jesus said, “Do not worry about your life, what you will eat (baby formula); nor about the body, what you will put on (diapers) … Consider the ravens, for they neither sow nor reap, which have neither storehouse nor barn; and God feeds them. Of how much more value are you than the birds?” (Luke 12:22-24). When you terminate a baby’s life because you think you can’t provide for it, aren’t you placing the value of that life below a bird’s?

Pregnancy care centers and churches all across America offer help to mothers and mothers-to-be in need. Additionally, there are reportedly 36 couples waiting in line for every baby that is placed for adoption. Why don’t pro-choice advocates ever talk about that choice?

Moses’ mother, Jochebed, essentially gave him up for adoption because of Pharaoh’s edict to destroy all baby boys. So God used adoption to deliver an entire nation from bondage.

And God is all about adoption. Ephesians 1:5 says, “God decided in advance to adopt us into his own family by bringing us to himself through Jesus Christ.”

Argument #8: “Why Should the Beliefs of One Religion Dictate Laws That Affect All Americans?”

First of all, America was founded on Judeo-Christian principles. Noah Webster said:

That said, according to Pew Research, traditional Hindu teachings also condemn abortion, unless a mother’s life is at risk, because it is thought to violate the religion’s teachings of nonviolence. In Islam, most agree that the termination of a pregnancy after four months — the point at which, in Islam, a fetus is thought to become a living soul — is not permissible. Jehovah’s Witnesses condemn abortion. The Mormon Church is against abortion, except in a few exceptional circumstances. Even many atheists and agnostics are against abortion. So, this conviction is not exclusive to the Christian faith.

Argument #9: “The Vast Majority of Those Who Want to Impose Laws Making Abortion Illegal are Men, Who Will Never Become Pregnant.”

Aren’t these the same people who push for gender-neutrality as in bathrooms, same-sex marriages, and now even the term “pregnant persons”?

They are assuming because men can’t physically get pregnant, they “don’t know nothing about birthing babies,” as Prissy, in Gone With the Wind, famously said. But about two-thirds of doctors practicing obstetrics, gynecology, and abortions are men. Likewise half of abortion’s victims are male. So, why can’t half of our citizens weigh in on this issue?

An amendment to a state bill in Florida, that would have required a waiting period for men to have a vasectomy, was introduced by a woman. Similar bills were also introduced by women in Georgia, Ohio, Illinois, and Oklahoma.

The 2020 election produced a record number of pro-life women in Congress. And the truth is, “pro-choicers” despise anyone — men or women — who make laws they don’t like.

The so-called “war on women” is not coming from men. I’ll tell you what the real war on women is: Roughly half of all abortions kill baby women.

Argument #10: “Since It’s a Medical Procedure, Doctors, Rather Than the Government, Should Help Women Decide What’s Best for Them.”

That’s like saying your auto mechanic should set the speed limit for your car. Let’s be clear, those abortion doctors care about one thing — what’s best for them. It’s a multi-billion-dollar industry in the U.S. alone.

In her book, Blood Money: Getting Rich Off a Woman’s Right to Choose, pro-life advocate Carol Everett, a former abortion clinic entrepreneur, writes: “A doctor would perform a sonogram, point to a shadow on the screen, and try to convince the patient she was really pregnant. It was a good sales technique.” 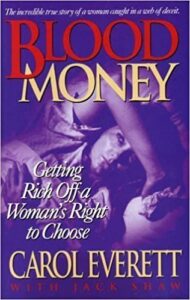 “Cursed is the one who takes a bribe to slay an innocent person” (Deuteronomy 27:25).

The Hippocratic Code reads in part, “I will not give to a woman an abortive remedy.” Do you really believe that doctors who don’t even have the character to honor this code of ethics will have your best interest in mind?

Argument #11: “The Woman Didn’t Get Pregnant by Herself. Why Should She Have to Take All the Responsibility in Giving Birth to the Child?”

It’s true that “it takes two to tango.” What’s troubling about this argument is that the focus is on the woman’s resentment in finding herself in an unwanted predicament, while the father of the child gets off the hook. That makes it all about her and him. Again, what about the baby? They are outraged at the idea of a woman getting all the responsibility of giving life to a baby, but they embrace her sole responsibility of taking its life. Never mind the father.

We have laws enforcing paternal support. Why not focus on enforcing them more effectively, instead of scapegoating the baby?

Romans 9:20 asks, “Will the thing formed say to him who formed it, “Why have you made me like this?” God did give the responsibility of bearing children to women, and it’s an awesome responsibility. And yes, there’s a lot of discomfort throughout the process and often a great deal of pain in the actual delivery. But despite some negatives, there are some amazing blessings as well. Many women will tell you there’s nothing like feeling that first little kick or hiccup within you and knowing that you’re playing a part in one of the most miraculous phenomena on planet earth — the creation of a human life.

Argument #12: “Why Is It That Most Legislators Who Oppose Abortion Rights Also Support the Death Penalty?”

Capital punishment is very controversial in itself, even within the Christian community. But regardless of which view you agree with, unequivocal lines of distinction can be drawn between capital punishment and abortion. Unlike a criminal convicted for a reprehensible crime, an innocent little baby did nothing wrong. Even among those who are for capital punishment, nobody would support the execution of someone who was found innocent, whether by a jury or being vindicated by DNA evidence later.

So, we can argue all day long about putting someone to death who is guilty of a heinous crime, but we can all agree it would be wrong to put an innocent person to death. Upon this truth, we can reconcile some individuals being both for capital punishment and pro-life at the same time.

In closing, Proverbs 31:8 admonishes us with this: “Speak up for those who cannot speak for themselves; ensure justice for those being crushed.”