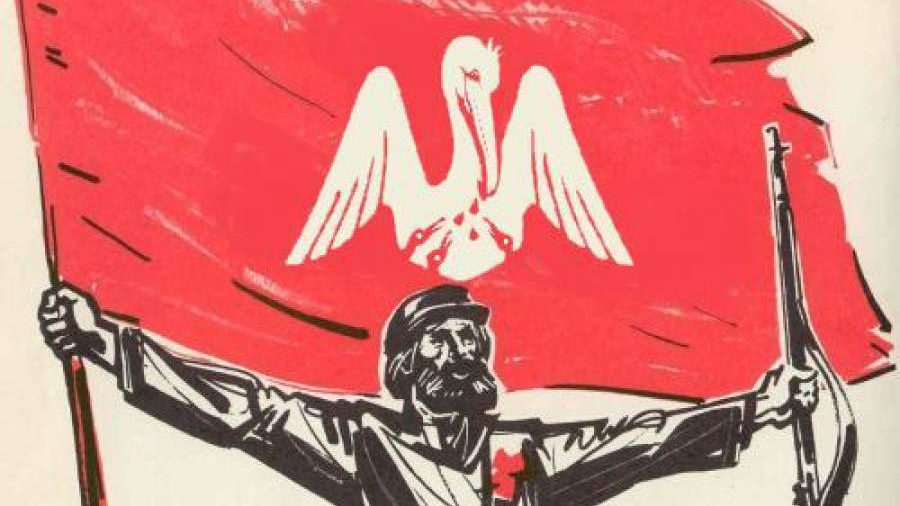 Yesterday I wrote about why so many ordinary Catholics vote wrong. My focus was on the 82% who (a recent study reports) do not accept all the Church’s teachings. I left aside the 18% who claim to. Most of them vote pro-life, and know better than to accept the bread-and-circuses which Grand Inquisitor Christians offer instead of the Bread of Life.

Fooling Even the Inbred Subculture

But scripture warns us that “if the time were not foreshortened” even “the elect” would be fooled by Antichrist. If even that can happen, then Catholics who reject birth control and prefer the Latin Mass might prove quite gullible too. The right-leaning Washington Examiner announces that it has discovered among this 18% a

That’s right, the Soviet candidate. Like the other Democrats, he backs infanticide. Unlike them, he wants to wipe out private health insurance. And spend uncounted trillions turning every nook and cranny of American life into an extension of the Post Office or DMV. Sanders is the only candidate with a strong track record of praising the Soviet Union, Cuba, Venezuela, and the Nicaraguan Sandinistas. Praising them while they were persecuting Christians, destroying local economies, and torturing political prisoners. Defending them, in some cases, to this day.

Wait, you might ask yourself. How could “conservative Catholics” go anywhere near that rumpled suit full of plutonium? That’s because they’re nothing of the kind. They’re either deeply confused or frauds. Whatever they think they believe in, it has almost nothing in common with Christianity, much less the historic Catholic faith. They might quote a pope out of context here. Or complain about birth control there. Or take selfies at a beautiful Latin Mass they can’t financially support.

But, at best, they are deeply misguided. I suspect some are frauds, though only God knows the heart.

I have some insights into the figures cited by the reporter. He points to “Catholic pundit” Elizabeth Breunig. He doesn’t mention that she is an open, avowed Marxist. (The reader might have liked to know that.) It’s really rich that she tried to “cancel” Rep. Paul Ryan because of his long-ago, disavowed flirtation with Ayn Rand’s ideology. Given that she, to this day as far I know, still endorses the even more hateful, totalitarian ideology of the crass reductionist Marx.

I’ve tried, really tried, to finish some of Bruenig’s insufferable, twee columns. I watched her lapse into total incoherence in a debate with Fr. Robert Sirico. A room full of hundreds of avid free-marketers bowed their heads and blushed. We were embarrassed for her. Bruenig couldn’t cover her total ignorance of economics and social history with pedantic citations of Church Fathers.

Bruenig claims that socialists like Sanders are pro-life in a secret, esoteric way. They see human life as “so significant, so inherently valuable, so irreplaceable that it should be the central subject of political concern.”

Yes, that’s my take-away from decades of studying Marxism. It’s all about human dignity, and the sanctity of life. Assuming that you think sacrificing perhaps 100 million lives is the way to render them “sacred.” Rene Girard wrote a dozen books on that diabolical process. He called it the “Scapegoat mechanism.”

“The Capitalist Class Will Be Done Away With”

Another figure whom the Examiner chose to highlight is Kevin Gallagher. From what I could glean from his social media, he’s a Wall Street finance guy who does business in national socialist, Muslim-concentration-camp-hub the People’s Republic of China. That’s when he isn’t promoting Marxist hostage notes like the Tradinista Manifesto.

In it, the “Tradinista Collective” (of which Gallagher is apparently a leading member) promised that the “capitalist class … will also be done away with.” The Manifesto also called for global open borders. For guaranteed incomes for those who refuse to work. And for most items on the LGBT activist wish-list. But alongside all of these, he wants … an intolerant Catholic sharia state. I’m so glad that the Examiner is speaking to responsible, thoughtful young Catholics.

But they’re not entirely outliers. I’ve encountered people like this before. They tend to cluster thickest at small, self-consciously “orthodox” Catholic liberal arts colleges. These are the ones that real Catholic, conservative parents often sacrifice to send their children through. I wrote a long piece here years back analyzing why “Embittered Catholic ‘Aristocrats’ on Food Stamps Turn Against America.”

Here are the steps by which a young person raised by hard-working, patriotic, freedom-loving Catholics turns out … like this.

And that’s how you get little Bolsheviks leaving church to go campaign for a pro-abortion Soviet.

John Zmirak is a Senior Editor at The Stream, and author of The Politically Incorrect Guide to Catholicism.