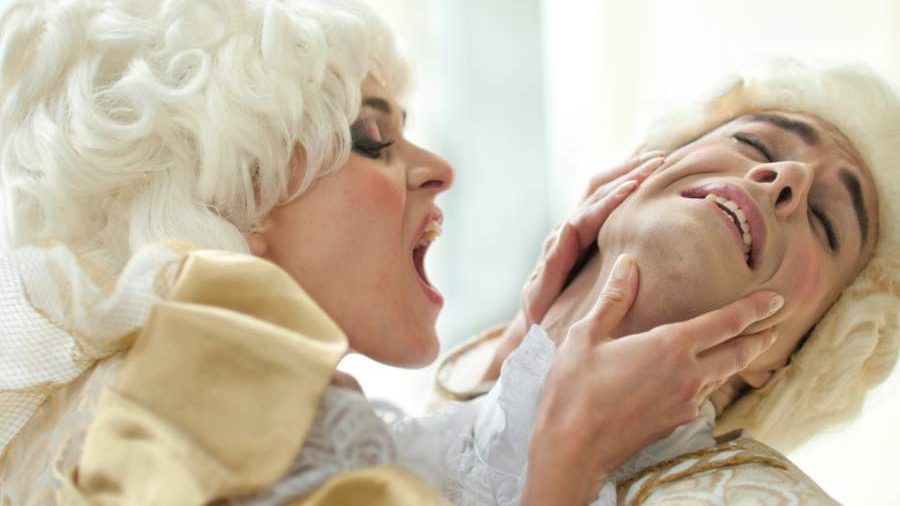 Last time I wrote about the danger of Catholics falling into mindless tribalism. As I’ve warned before, too many Christians today reject America itself as a side-effect of “liberalism.” That’s the latest faddish intellectual caricature of the Anglo-American tradition. Before 1989, the Soviet hate-term for our system was “imperialism.” The Nazis called it “Judaeo-Masonic plutocracy.”

Today I’ll expand on precisely the type of pig in a poke young people are buying when they embrace “illiberalism” or “integralism” instead. My comments come from my experience, which is specifically Catholic. But similar problems exist among people of other traditions, alas.

For the brave new anti-American, “integralist” Catholic, the program is clear. We must abandon conservative politics. (See the Benedict Option.) That’s not because the Republican party has been too weak on social issues. Nor because neoconservative foreign policy has backfired. No, we must give up on conserving America because:

People who think this way are hungry for certitudes. They grab everything that a pope has said in the past and treat it as presumptively infallible. Almost as a piece of divine Revelation, equivalent to scripture. So they don’t see Catholic social teaching as Pope John Paul II did in Centesimus Annus. That is, as a general set of natural law principles which laymen must discern how to best apply. Instead, they seize on it as dogma. And then they try to make of it a divinely revealed political program. You know, the way Muslims draw all civil law (sharia) from the Quran and successive hadiths.

Here’s the content of that program: A comprehensive, anti-capitalist “third way.” It mandates:

In a widely cited article, I summed up this new movement with the title “Illiberal Catholicism.” The title seemed to please people. Many started to use it to describe themselves. That shocked me at the time. Now nothing does.

I’ve seen the growth of this worldview in the most intense, even inbred Catholic circles. I mean at small, orthodox Catholic colleges. I taught at one for five years. I’ve met many graduates of each of the others. And I tracked the progress of these schools for Intercollegiate Studies Institute’s college guide. (I edited that for 10 years.) Among doctrinally faithful priests and laity, the graduates of these schools appear to be “elites.” They’re trusted cadres of well-formed young Catholic thinkers. They will someday champion the Church’s restoration to influence in a stable, prosperous country. Or so we used to think.

Ugly trends have emerged at such schools. I’ve heard my former students renounce American patriotism. They say that as Catholics they cannot be loyal to a regime that does not recognize “Christ the King.” At one Catholic college, students were led by the faculty and staff in bashing a pig-shaped piñata. It was clearly labeled “Americanism.”

The president of the same college has his own theories about our country. In an academic discussion I witnessed, he dismissed the success of the American experiment. How? As the result of “freemasonry and diabolical intervention.” The dean, on another occasion, dismissed the possibility of moral reform in America by democratic, non-violent means. Instead it would require a forcible coup d’état. Thus “men of virtue” would impose their will “on the people. They will fall in line when they see that they have no choice.” This same dean had once criticized Franco’s regime in Spain — as too morally lax. (It allowed foreign tourists to wear bathing suits on Spain’s beaches.)

Trained to Be Aristocrats, They End Up as Leftists

Many orthodox Catholics who emerge with degrees from more “mainstream” schools are also turning bitter, unpatriotic, and statist. Many resent the market economy because of the shrinking job prospects for liberal arts graduates. They respond by condemning the market itself. They do it by mashing together arguments from Classical philosophers with the latest leftist agitprop. Hence the “Tradinista” movement we critiqued here in 2016.

I’ve heard my former students renounce American patriotism. They say that as Catholics they cannot be loyal to a regime that does not recognize “Christ the King.” At one Catholic college, students were led by the faculty and staff in bashing a pig-shaped piñata. It was clearly labeled “Americanism.”

Mostly from lower middle or working class backgrounds (like mine), these graduates got liberal arts educations. (That’s an education designed, as Newman wrote, for “gentlemen of inherited means.”) There many learned to despise ordinary business and regular employment. (These are “servile” professions, unworthy of their advanced educations.) They disdain to enter the productive economy. They will only work in cultural positions such as teaching or writing. But these do not pay very well.

A big problem here. These students also learned that early marriage and large families are virtuous. So many of these graduates emerge with the average of $37,000 in student debt. They marry other grads with similar debt loads, liberal arts degrees and aristocratic expectations. Then they proceed to have lots of little aristocrats.

And they end up on welfare. As I noted in The Politically Incorrect Guide to Catholicism, I have lost count of how many Catholic writers, bloggers, and other public personalities have admitted in writing that they rely on food stamps, Medicaid, or other government giveways. Most famous is one-time columnist for the National Catholic Register Simcha Fisher. (She’s the proud mother of ten, and author of a guide to Natural Family Planning.) She boasted in a column of “The Day I Bought Steak with My Food Stamps.” Promoting the piece on Facebook, she quipped: “I especially liked that gravy we made out of the blood of hard-working Americans. That was delicious.” That column was shared or liked more than 250,000 times. Fisher is just one of many such public dependents who work at low-paying but gratifying jobs in Catholic apostolates or the arts. How do they defend their status as “takers” from poverty programs?

By claiming that they have the right to be “open to life.” Some also cite Leo XIII’s Rerum Novarum. There that pope said that laborers had a right to a “just wage” that supported their families. Of course, that good pope was referring to unskilled factory workers who could find no other employment. Men who lived “frugally” in grim conditions. Not college-educated couples who disdained higher paying work in favor of jobs that were more prestigious and fun.

And so such people drift to the left, even the far left, on economics. Money talks.

The Catholic college president dismissed America’s success as the result of “freemasonry and diabolical intervention.”

They defend reckless and irresponsible lifestyles with high-minded arguments. They love to cite Christopher Dawson’s (in)famous essay “Catholicism and the Bourgeois Mind.” It condemns any form of personal financial planning as un-Christian. I’ve heard 20-year-old students quote it to justify rash intentions. Such as marrying and bear children immediately after graduation. So what if they’re jointly $74,000 in debt? And looking at living on a single income of $23,000? So what if the Church’s advice over centuries to people in such straits was to delay marriage until they could afford to support their own children?

Point any of this out, and you betray a “contraceptive mentality.” Support any cuts to lavish social programs? You’re “anti-life,” virtually goading poor people to have abortions.

Such arguments are intellectually feeble but emotionally rousing. I’ve seen them wielded in defense of the outright abuse of poverty programs to subsidize graduate liberal arts education. A professor at a “faithfully Catholic” college admitted to me that many of his grad students were on food stamps. Of course I objected. He called this abuse of a poverty program a fair response to “inadequate government spending on the liberal arts.” In fact, grad students competing with the truly needy for limited poverty programs such as food stamps — instead of say, waiting tables, or finding some other paying work, as I did in grad school — is nothing more than stealing from the poor, one of the sins that cry out to heaven for vengeance.

Indeed, a kind of vengeance on a world that won’t bend to their wills seems to be what many of these illiberal America-bashers are finally interested in.

Our young people deserve to be exposed to better ideas than these. They face unprecedented challenges in making their way in this world. For older Catholics with cranky, bigoted worldviews to exploit their disaffection and turn them into ideologues is cynical and cruel. In my next piece I’ll look at ways that Catholics can fix the broken model of liberal arts education that currently leaves young graduates poorly prepared for parenthood and responsible citizenship.

John Zmirak is a Senior Editor at The Stream, and an author of the just-published Politically Incorrect Guide to Immigration. It is now available from Regnery at Amazon, BarnesandNoble.com and at bookstores far and wide.