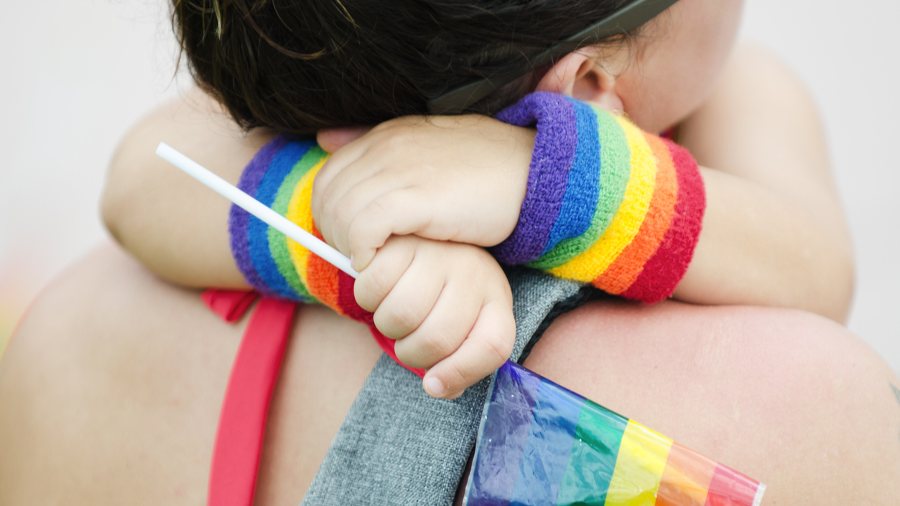 There really is an all-out war on our children (or, if you’re older, your grandchildren or even great-grandchildren). We can hardly overstate it and we dare not ignore it.

This is what is happening to the next generation today.

Without exaggeration, we can say that no generation in American history has been subject to such a concerted, demonic attack.

Just put yourself in the place of a child today, starting your dangerous journey to adulthood from within the womb. From the moment of conception, your life is at risk. Will you make it out of the womb, or will you be like more than 60 million Americans who have been cut down before they could breathe their first official breath?

In your case, thankfully, you survive your mother’s pregnancy and emerge from the womb to take that first breath, a beautiful little girl. But are you born into a broken home? Will you know your biological mother and father? Or will your mother’s boyfriend abuse you physically or even sexually? Perhaps your father is an anonymous sperm donor. Who are you, really? Will you ever know for sure?

What You’ll Learn as a Toddler and Young Child

Once again, though, you are among the fortunate ones. You have a mommy and a daddy, and they love to do special things with you, like take you to the library, even as a toddler. One of the highlights is an event called Drag Queen Reading Hour. Those drag queens are so fun!

A couple of years later, in your pre-K class, the teacher reads story books to you, pretty books with colorful pictures. Some feature boys wearing dresses, others depict a little girl with her two daddies. And your teacher refers to all of you as “friends,” since calling you “boys and girls” makes unnecessary gender distinctions — whatever those are.

Once you’re in kindergarten and first grade, you’ll learn more about gender and you’ll find out that some boys are really girls and some girls are really boys. Maybe that applies to you!

When you reach the age of 12, the boy you like at school pressures you to text him a picture of yourself — naked. Soon enough the other kids are giggling as you walk by, whispering things to each other. Your picture has now spread throughout the school.

Before you know it, you’re cutting yourself to deal with the pain. But when that doesn’t work, you attempt suicide for the first time. You just turned 13.

The Norms of Society

Lucky for you, your parents have a lot of money, so they’re able to send you to a brand-new school where you meet a whole group of great new friends. And they are so cool. Two of the boys just came out as gay. They are really popular now.

As for your best girlfriend, within a year, she’ll get pregnant and have an abortion (of course, her parents won’t know anything about it). She’ll also get an STD. How will she keep that a secret? But the two of you can keep your minds clear by putting on your headphones and dancing along to songs like W.A.P. Now you have some role models to follow.

Your kid brother, though, isn’t into music. Instead, he plays violent, gory, sexually explicit video games six hours a day. As for your loving parents, they’re just glad both of you are staying out of trouble. And did I say you’re barely 14?

The War Continues Through High School and College. Ready for Adulthood?

But there’s a problem with your new school. All the girls are prettier than you and have perfect bodies, not like yours. “How I hate myself!” you say every time you look in the mirror. But no matter how little you eat, that fat is still there. It’s back to cutting again.

At last, though, you find a way to ease your pain. Drugs! You already toyed with marijuana, since it’s legal in your state and your parents don’t mind sharing a little with you every so often. But now that you discovered ups — how wonderful! You haven’t felt this good in years. You’re happy. The world is a better place. You even feel good about yourself. That is until you can’t get enough stimulants into your body and the lows become far worse than the highs. You barely survive your second suicide attempt.

Somehow, you manage to graduate from high school, enrolling in one of the top colleges in the nation. There you will learn that America is an evil country, that all whites are guilty, that belief in the Judeo-Christian God is a joke, and that there is no such thing as absolute morality. Or absolute truth. Or absolute reality. Things are what you perceive them to be. You define reality. And truth. And morality. As for subjects like history and geography, what matters is how you feel about ancient events and places on the map. That’s what you’re getting for $40,000 a year.

To be fair, though, you will learn some very helpful skills, like remembering everyone’s preferred gender pronouns, such as xe and zer and hir. On the other hand, should you question anything you’re being taught, you’ll learn something else very quickly: dissent is not permitted. Now you’re ready to be an adult. …

To repeat: there really is an all-out war on our children. We can hardly overstate it and we dare not ignore it.

(Excerpted and adapted from The Silencing of the Lambs: The Ominous Rise of Cancel Culture and How We Can Overcome It.)

The All-Out Assault on Our Children