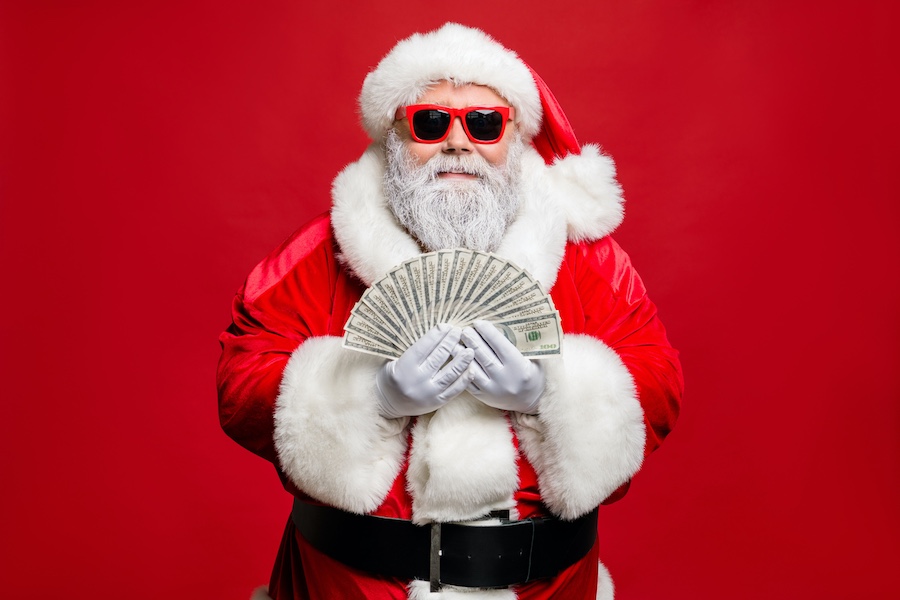 Modern Americans’ most fundamental sin may be irresponsibility. It’s the shadow side of our love of freedom. Too often, we say “I do,” then we don’t. We conceive, then we abort the products of conception. We “slip out the back, Jack,” “drop off the key, Lee” and leave work, kids, taxes, and blame for America’s problems to someone else: the evil rich, other races or racists, the opposing party.

In nothing is America’s failure to man up more manifest than in the 23 trillion dollar national debt both parties have accrued. (Many try to blame the other party, a lie that is symptomatic of our condition: “Adam raised military spending!” “Eve increased entitlements!” “The Snake lowered corporate taxes!”) If you have been blessed with a family of four, your portion of our national debt is already some $280,000. How does that compare to the equity on your house? Bad news! America’s creditors have designs on your bank account.

Even more painful, each spring every tax-paying family shells out thousands of dollars merely paying interest on the national debt. This is a sacrifice to our past irresponsibility. It is like taking 41 hundred dollar bills from the bank, placing them in a barbecue pit, and setting them on fire: your money and mine, up in smoke, for nothing.

More Goodies from the Government?

So what have the Democratic candidates for president been discussing in their debates? Why, of course, all the goodies they want to load us up with! Free health care! Free college tuition! A guaranteed income! Trains! Roads! Paying back your student loans, even if you borrowed a quarter million to go to law school and become a corporate shyster!

The moderators didn’t ask about the national debt. (Michael Bloomberg brought it up for a moment, though.)

Apparently, politicians know better than to treat us as mature and responsible adults, sagely pondering how to help our republic make ends meet. They see us as bratty kids tapping our feet and drumming on the window pane, while waiting for Santa to fly down the chimney with weighty bags of bling. (And it better be the right bling, or Santa is going right back to the North Pole!)

When some heartless grinch asks where all the bling will come from, they’ll put on Robin Hood masks and promise to hold up Jeff Bezos’ stagecoach on the way from Sherwood Forest. Bread, circuses and toy trains for all! Rich billionaires are vile creatures who need to spread their wealth around!

The grandest promises come from the candidate I call “Colonel Sanders Claus.” Colonel Claus is a white-haired old man from Vermont who steals magical chickens from the rich. Having consumed them, the diner may live forever. He flies down your chimney and places drumsticks in your pot while paying off your college debt, giving you a job, fixing the potholes in your driveway, and ending global warming, all magically without increasing the National Debt.

Bernie Sanders served as mayor of a small town in Vermont (where money grows on maple trees). Apparently he did a decent job of it. Since then, though, he hasn’t done much but draw a government salary, sign or denounce other peoples’ bills (he has created almost no successful legislation), issue jeremiads against millionaires and billionaires, Big Oil and Big Drug and other villains, and wax lyrical about the wonders of “democratic socialism.”

Nowadays the Colonel points to Sweden and Denmark. (While they point back and laugh at Americans for misunderstanding their societies so profoundly.) But Sanders Claus has proven willing to praise left-wing dictators, too, if only they teach Adult Literacy Through Communist Propaganda between rifle blasts. (He is less forthcoming about the positive contributions of “reactionary racists” like Benjamin Netanyahu or Donald Trump, who were democratically elected to lead free people.)

Sanders as the Magic Elf in a Red Suit

Is Sanders a socialist? A fan of Fidel Castro? Or more Nordic in his policy leanings? Better to see him as a magic elf in a red suit. Sanders is a living embodiment of our national vice, our besetting sin of short-sighted adolescent irresponsibility.

Sanders’ policies have been calculated to require some $5-6 trillion dollars more spending per year than the present bloated federal government, as Ronald Brownstein shows in an Atlantic article.

Before that, though, Sanders’ program would drive America’s most successful and productive companies off-shore. Wealthy entrepreneurs don’t stick around and have their businesses broken up for the tax man. And even if they stayed around and took punishment from Bernie Hood, the life-savings of every rich person in America would be insufficient to whet the appetite of a bloated national government committed to unloading all that pie in the sky into the waiting paws of an infantilized electorate.

No doubt America could stand to tax the rich more. The Democrats’ solution to health care doesn’t seem to satisfy anyone these days, not even Democrats. We should learn from other nations and reform our system again, this time asking both sides to help formulate a sensible plan that includes market incentives to lower costs. And Donald Trump has also been terribly irresponsible in his spending, and it is past time his supporters held his feet to the fire.

Slavery to Our Debtors

But better a plague from China, than Bernie Sanders or his ilk set foot in the White House.

Honest John promised Pinocchio a life free of responsibility, planning to sell him as a donkey-slave. Whether Sanders consciously intends such a transaction or not, slavery to our debtors is the inevitable effect of voting for candidates who further increase our wickedly ruinous national debt.

Make no mistake. If you vote for a candidate who plans to further increase our national debt, you are voting for national slavery.

If you intend to mortgage the freedom of your children for shiny new freebies by voting for so irresponsible a candidate this fall, don’t be such a hypocrite as to give them presents this coming Christmas. Children should look up to their parents with expectation. But readers of this column are, I expect, mostly adults. It is time we repent of our besetting sin, and demand that America stop stealing from the next generation and balance its books.

Whether Democrat or Republican, we must hold our politicians’ feet to the fire, and tell them, “reform yes, but no, we don’t want more bling.” Ask not what our country can unload for us to consume. Ask what we must do to set our nation’s finances in order, and begin again to learn community responsibility.