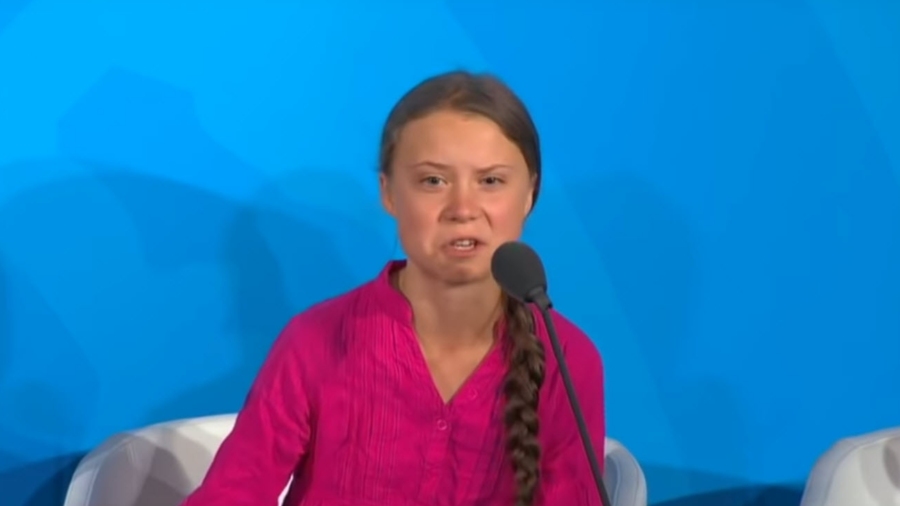 I’ve written here before on “Why I’m a Climate Denier and You Should Be Too.” Global elites who peddle the claim that the earth’s climate is radically changing as the result of human carbon emissions are wielding biased, coerced, propaganda “science.”

You know, the way the same elites censored, blackballed, and tried to destroy dissenters from the manufactured COVID panic (including world class epidemiologists and doctors), in order to:

The COVID panic saw a Chinese bioweapon wielded as part of a massive power grab over the whole population of earth. That scam has run its course and achieved its goals. The test run for global tyranny was an overwhelming success, as our politicians and pastors mostly flipped over like beaten dogs and showed their bellies.

The Next Global Panic Campaign

The next front is climate. Without a pandemic to terrify us all, our elites will ramp up their campaign to “save the planet” from modern energy technology, such as oil and natural gas. They’ll wield fear as a weapon to overrule democracy and annul our property rights. “You’ll Own Nothing and Be Happy!”, the World Economic Forum promises us.

As I wrote before, the leaders of this movement know exactly what they’re doing:

When you read the claim that “97 percent of scientists” or some such made-up figure believe in the theory that man-made carbon use is raising the earth’s temperature and rendering the planet less inhabitable, you’re being manipulated. You’re being played.

You’re the target of a global influence campaign by wealthy, white elites in a small number of countries who wish to centralize all economic and political power in their own hands. They might call it “sustainability” or “the Great Reset,” but what it amounts to is a planetary coup d’etat by the richest of the rich, who wish to pull up the ladder behind themselves, and enshrine their power as permanent.

Remember … overpopulation, which was supposed to cause mass starvation in the U.S. and Britain by the late 1970s.

A huge majority of “scientists” commenting on questions far outside their professional competencies agreed with such predictions. Governments panicked and embarked on mass sterilization campaigns — or worse, as in China, in mass forced abortions. No such famines materialized, except in Communist countries, where famines aren’t a bug but a feature.

Before “overpopulation” there was a powerful scientific consensus backing … eugenics. Elites in England, the U.S., and Germany — the three leading scientific countries on earth at the time — all agreed that social problems from promiscuity and lawlessness to “feeble-mindedness” were mostly hereditary. So the only way to solve them was to guarantee “more children from the fit, and fewer from the unfit,” in Margaret Sanger’s deathless words.

This Conspiracy Is No Theory

What did each of these “scientific consensuses” have in common, apart from turning out to be dead wrong and massively destructive? Each one just happened to demand the centralization of massive economic and political power in the hands of the ultra-rich (mostly white and male) Western elites who supported them. But that was just a coincidence, of course. Move along, nothing to see here. No “conspiracy theorists” allowed.

So we know what the Klaus Schwabs and Bill Gateses are up to. What about their victims — the dupes who’ve internalized Greta Thunberg’s primal scream, and live in state of constant anxiety that every atom of carbon their bodies emit is a crime against the future? Who think that having children is a sin?

Who preach that we must trash our whole energy infrastructure through massive regulation, intentionally high prices, and ruinously expensive crash campaigns. All this to force 8 billion people to rely on buggy, inefficient, unpredictable “green” energy alternatives. And if that fails, to simply freeze and starve in the dark — like our ancestors in the Ice Age.

Vandals Destroying What They Can’t Understand or Replace

These activists have been gaslighted, brainwashed, and weaponized, and some of them are turning into terrorists. Their target? Great works of art.

Earlier this month, climate protesters threw mashed potatoes at a Claude Monet painting in a German museum and a similar protest happened in London, where protesters threw soup over Vincent van Gogh’s ‘Sunflowers’ in the National Gallery.

One of these terrorists attacked an artwork

My first instinct on reading about terrorists who attack great works of art, or set fire to cathedrals, is that we should hang them. But that’s a separate argument, the question of legal penalties. What’s more interesting here is what’s going on in their heads.

Activists for a New Ice Age or Dark Age

These people have really been brainwashed into thinking that man is willfully and selfishly destroying “something beautiful and priceless,” that is, God’s creation. They’ve come to this opinion by gullibly accepting skillful propaganda, disseminated by power-hungry elites who dominate the media, and censor dissenters.

So to call attention to this historic “crime” (human beings living better than they did in the Middle Ages), these people attack something beautiful and priceless — namely, exquisite works of art. (Notice that they’re not trashing hideous modern art or crudely daubed George Floyd murals.)

What these deluded cultural terrorists don’t realize is this: Their “noble” goal of outlawing fossil fuels is itself an act of vandalism. They are attacking something “beautiful and priceless” beyond the painting. Namely, the modern economy.

It is only the use of fossil fuels that has allowed billions of human beings to rise above wretched poverty, to start eating wholesome, plentiful food cooked over gas, instead of miserable scraps cooked over dung fires. You can trace almost the whole collapse in extreme poverty, rise in literacy, fall in infant mortality, and expansion of human lifespans to … the harnessing of coal and oil in the Industrial Revolution.

And that’s what they seek to reverse. No, “green energy” can’t replace our oil and gas economy, any more than Greta Thunberg could recreate the Van Goghs or Vermeers which her acolytes destroy. The goal of the “climate movement” is to restore the tenth-century Dark Age, complete with famines and plagues.

But minus the Christianity. They’ve got a new religion already: the cult of Gaia, an impersonal earth-goddess for whom they’re willing to vow us all to poverty, sterility, and obedience.

Why I’m a Climate Denier and You Should Be Too