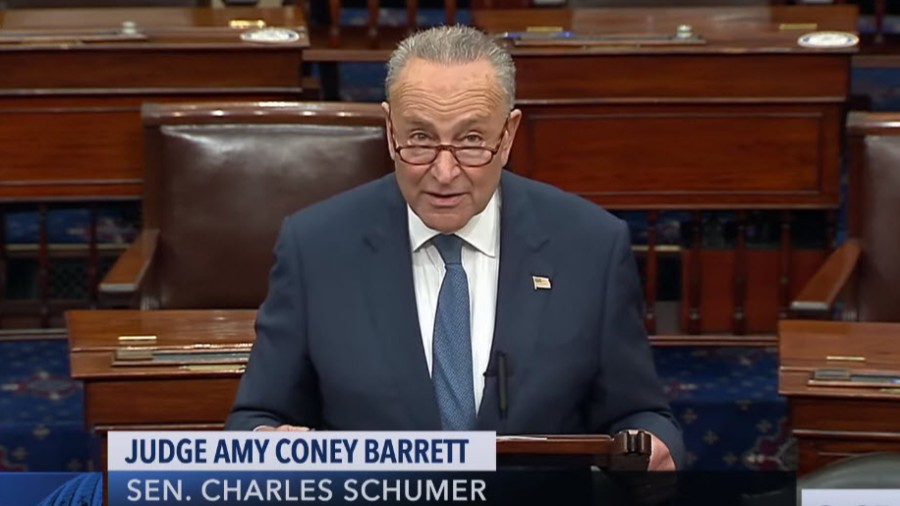 During the confirmation hearings for Justice Amy Coney Barrett, Senate Minority Leader Chuck Schumer made this remarkable comment: “At the end of this sordid chapter in the history of the Senate, in the history of the Supreme Court, my deepest and greatest sadness is for the American people. Generations yet unborn will suffer the consequences of this nomination.”

To the contrary, as a consequence of her nomination, future generations will have a much better chance of making it from unborn to born. (See here for my tweet.) Talk about a massive misstatement.

Yes, instead of having generations of children who remain unborn after conception because of abortion, Barrett’s appointment to the Supreme Court could open up new possibilities for these children to make it out of the womb alive.

Of course, we have no way of knowing with certainty which cases will come before the Court and how the justices will vote. But Barrett would surely be the most likely new member of the Court to cast a pro-life vote should the opportunity arise.

It is an example of expressing compassion for future unborn children in the name of protecting Roe v. Wade. What could be more self-contradictory and self-refuting?

And perhaps, just perhaps, her vote would help overturn Roe v. Wade, thereby sending things back to the individual states, in many of which the pro-life tide continues to rise.

That’s why her nomination was opposed so bitterly by the Democrats, to the point that not a single one of them voted for her, as I noted in a recent article.

Schumer’s statement is therefore beyond ironic. It is an example of expressing compassion for future unborn children in the name of protecting Roe v. Wade. What could be more self-contradictory and self-refuting?

Why Doesn’t He See the Irony of His Comments?

The senator from New York also said, “As the globe gets warmer, as workers continue to fall behind, as unlimited dark money floods our politics, as reactionary state legislatures curtail a woman’s right to choose … my deepest, greatest and most abiding sadness tonight is for the American people and what this nomination will mean for their lives, their freedoms, their fundamental rights.”

Personally, I take him at his word.

I believe that, in his mind, America is going from bad to worse under the Trump administration.

I believe that he honestly thinks that global warming is a dire threat to future generations.

I believe that, from his perspective, every woman deserves to have complete sovereignty over her own body and that the “right to choose” is a sacred right.

And I believe that there are people he really cares about and that he wants to see a bright future for the generations to come.

In other words, I do not see Schumer as simply a heartless and ruthless politician, a cruel and uncaring man who wants to destroy our country. I do not see him as evil incarnate.

Instead, I simply see him as an ideological liberal.

I see him as starting with a humanistic worldview, thereby coming to wrong conclusions and focusing on wrong priorities.

And that is why Senator Schumer does not see the exquisite irony of his comments. That is why he fails to see that his vote against Justice Barrett was a vote against the unborn, not for the unborn.

Adding to the Hall of Infamous Quotes

I wrote in response: What!? The nation’s leading abortion provider believes in life? The organization responsible for terminating the lives of millions of unborn children is “pro-life”?

That would be like the Nazis saying they were “pro-Jewish.”

Or American slave traders saying they were “pro-African.”

Or segregationists saying they were “pro-equality.”

Or drug cartel leaders saying they were “pro-law.”

Or Hamas terrorists saying they were “pro-Israel.”

To call this a poor joke is to insult humor. There is nothing funny or laughable about this statement at all.

Now, Senator Schumer has added his own comment to the hall of infamous quotes.

If he could see their faces today, perhaps he would have a change of heart.