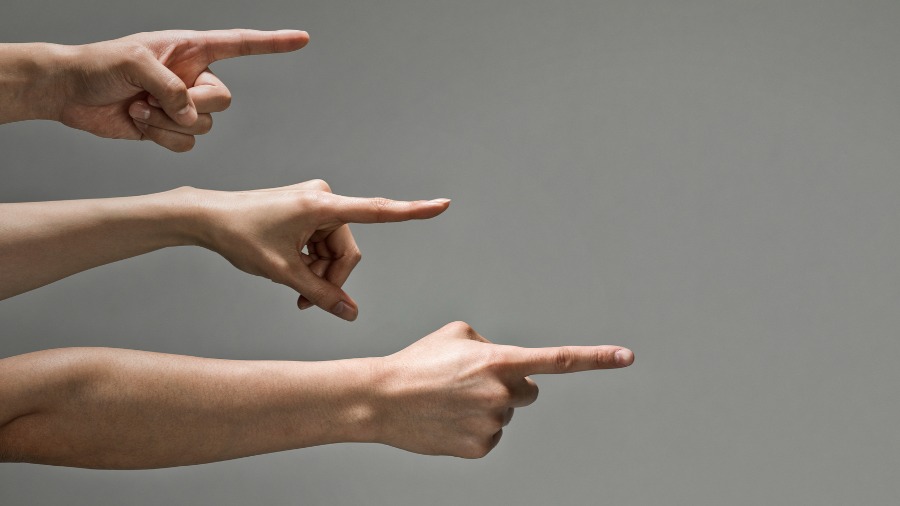 Many Christian leaders have been outspoken advocates of COVID-19 vaccines. They believe they are promoting love for their neighbors.

But how many of these same leaders have stood by while the unvaccinated are dehumanized?

While pastors and other Christian leaders stay silent, some of their fellow believers are increasingly demonized as killers, “parasites,” “leech[es],” “child abusers,” and “unpatriotic,” as well as being denied access to stores, medical care, and more.

Of course, not all Christian leaders have been mute. Some, notably scientist Francis Collins, have spoken out. Alas, Collins has actually promoted dehumanization of the unvaccinated.

Where is the Concern for the Believers Whom Many Otherize?

This kind of othering in the name of science is repulsive. The closest analogue I can find is the eugenics crusade in the early 20th century. That’s when social Darwinists like Margaret Sanger misused science to forcibly sterilize the “unfit.” Sanger and her supporters also denounced their targets as “parasites,” “leeches,” “cancerous growths,” and more.

So where is the concern of today’s Christian leaders for the new “unfit” in our midst? Indeed, where is their concern even for the basic rights of conscience?

It can be hard to find.

Consider Robert Jeffress, Senior Pastor of First Baptist Church in Dallas. Baptists are known for believing in the rights of conscience. Yet Jeffress says his church has denied religious exemptions for COVID-19 vaccines to everyone who has requested them.

Insincere Religious Objections? Tylenol is Morally Different From the Vaccine

Some Christians don’t want to receive COVID-19 vaccines because of their link to abortion. Vaccines currently available used cell lines derived from abortion in their development, testing, or production. But Jeffress has claimed: “Christians who are troubled by the use of a fetal cell line for the testing of the vaccines would also have to abstain from the use of Tylenol, Pepto Bismol, Ibuprofen, and other products that used the same cell line if they are sincere in their objection.”

False. Jeffress is spreading misinformation. None of the products he mentioned were developed for medical use by testing them with abortion-derived cell lines.

Unfortunately, Jeffress is far from the only Christian leader to spread this falsehood. The results have been cruel. The price for seeking a religious exemption at some businesses is now high. Unvaccinated employees have been told they must give up the use of aspirin, TUMS, Sudafed, antibiotics, and many other drugs.

If you aren’t revolted by this, something is wrong with your moral compass.

Then there is the case of Christian attorney David French. Last summer, French flatly asserted: “There is no religious liberty interest in refusing the COVID vaccine.” That’s right, none.

French went on to describe those seeking vaccine exemptions as having “hardened heart[s]” that “reason and virtue have difficulty penetrating.” They have a “moral framework that’s broken.” They are “dangerous,” “extreme,” and examples of “libertinism” that is a threat to liberty itself.

Perhaps there are some people to whom French’s rebukes rightly apply. But as others have pointed out, this demonization of an entire class of people is neither Christian nor fair.

In reality, those who choose not to be vaccinated do so for a variety of reasons. As I’ve pointed out before, some of those reasons are far from selfish or self-seeking.

More to the point, the legal test of whether a person has a genuine “religious liberty interest” isn’t whether you agree with them. It’s whether the person’s religious objections are sincere — even if they are sincerely wrong.

Some Examples of Sincere Religious Objectors

I know many people who hold sincere religious objections to COVID-19 vaccines. A neighbor declined the vaccine after seeking God’s direct guidance through prayer. He was willing to lose his job and his retirement rather than be vaccinated.

A young couple I know were genuinely concerned about the vaccines’ links to abortion. Another woman I know believes it may be moral to take abortion-linked drugs in certain instances. But in her view, taking the drugs must produce a significant moral good that cannot be achieved otherwise. In her case, she already had COVID-19. According to the CDC, that means she has stronger immunity against infection than most vaccinated people. Thus, she does not think it would be right for her to take a COVID vaccine. After all, there would be no real benefit to anyone.

Still others are concerned about forcing their children to be vaccinated due to side effects. For example, heart problems can arise after vaccinations, especially in young males. Some might dismiss these concerns as simply medical rather than religious. But such a response would be misguided.

If you are a Christian or Jewish parent, your duty to care for your child isn’t merely a secular obligation. It is a duty to God. God created the family as the primary authority when it comes to caring for children, not the state.

Whether You Agree With Objectors, Speak Out Against Their Dehumanization

Agree or disagree with these people of faith, but please don’t slander them. They are not selfish or insincere. They are not immoral libertines. They are not a threat to the state. Religious leaders who promote such caricatures need to rethink the real meaning of “love thy neighbor.”

In his parable of the Good Samaritan, Jesus taught that loving your neighbor means caring for those who are despised by the rest of society. That includes the unvaccinated.

If you are a pastor or religious leader, isn’t it time to speak up?

John G. West is Vice President of Discovery Institute and Associate Director of the Institute’s Center for Science and Culture. He has written or edited twelve books, including Darwin Day in America, Darwin’s Conservatives: The Misguided Quest, The Politics of Revelation and Reason, The C.S. Lewis Readers’ Encyclopedia and The Magician’s Twin: C.S. Lewis on Science, Scientism, and Society. His current research examines the impact of science on public policy and culture during the past century.