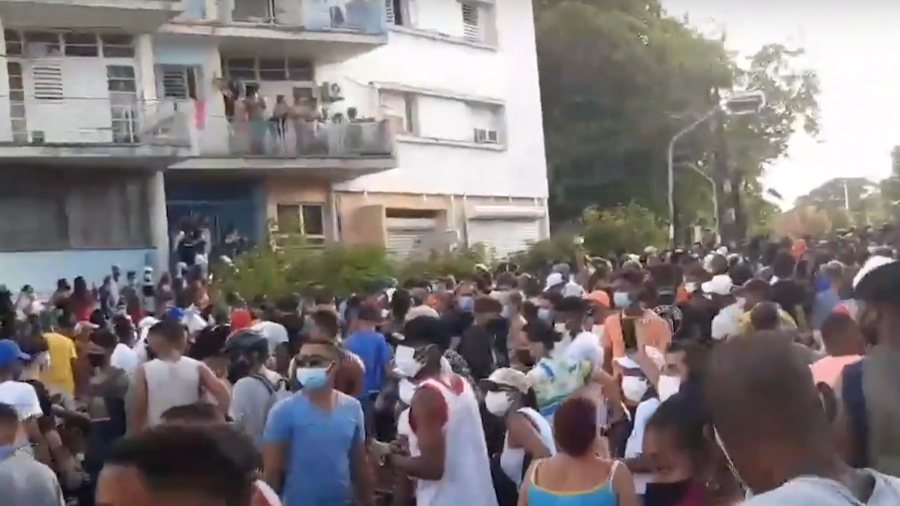 Christian leaders called for Christians to pray on Sunday for Cubans following protests across the nation.

The NHCLC supports the democratic uprising of the Cuban people as they fight for freedom and liberty, a God-given right that cannot, should not and will not be taken away by any government. We vehemently oppose the dictatorial communist regime currently oppressing Cuba.

We demand the Biden administration be clear in its support of the democratic process, freedom of expression, freedom of religion, freedom to assemble and freedom of thought in Cuba. We commit to advocate and pray on behalf of those in the fight for liberty — that righteousness and justice would prevail and that the Spirit of the Lord would bless those who long for freedom.

The Cuban government and the world must know that Christians will not stand idly by as evil regimes, governments and ideologies dishonor the image of God in our fellow men, women and children. We are asking every single church to pray this Sunday for Cuba — that God would supernaturally emancipate this nation from a 62-year totalitarian regime, once and for all.

Franklin Graham also called for Christians to pray on Sunday for Cubans, saying “the churches in Cuba have asked us to pray for them and specifically for revival.”

More than 40 protests broke out across Cuba last Sunday, the BBC reported. These protests are illegal in Cuba. Security forces responded with violence against protestors and detained “potentially hundreds,” Amnesty International reported. Many remain in custody. Social media and communications platforms were disrupted starting on Monday.

“They beat us because we were walking down the street,” a bloodied man told BBC in translated video footage.

“Many ordinary Cubans protested for the first time in years over the economic situation, exacerbated by the COVID-19 pandemic, lack of medicines and restrictions on freedom of expression,” Amnesty International reported.

The Cuban communist government is authoritarian, lacking free and fair multi-party elections and restricting freedoms including those of assembly, press and speech.