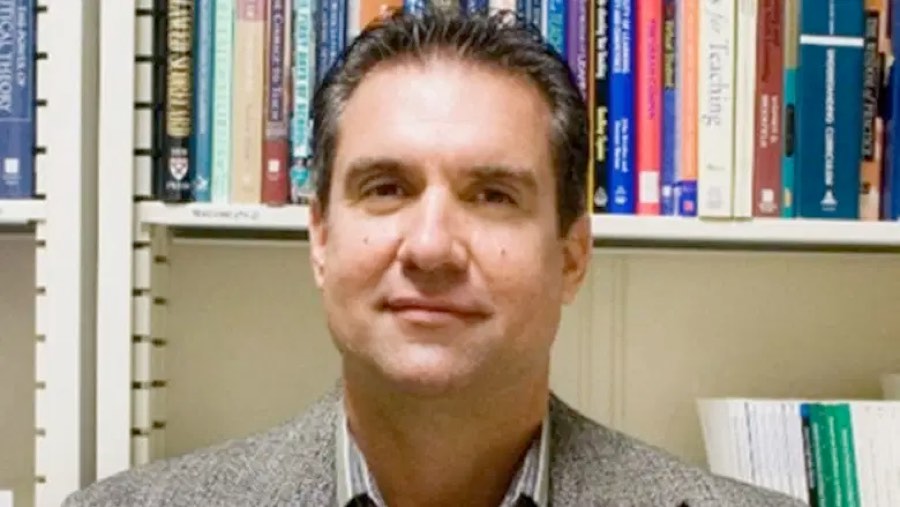 “It’s not fun,” he said. It was quite an understatement. Charles Negy, an associate professor of psychology at the University of Central Florida, has come under intense fire for allegedly “racist” tweets in the days following George Floyd’s murder.

His university has him under investigation, with UCF’s president calling for students to come forth with reports of “any racial mistreatment” they’ve experienced in his classes. The student senate and the football team are demanding he be fired. Almost 34,000 people have signed a Change.org petition to have him canned.

“The left/liberal/progressive/Democrat side now won’t allow the other side to speak,” he said in a telephone interview last Thursday. “If you say something they disagree with they want to annihilate you. They want to get you fired, they want to punish you. They are total authoritarians.”

It’s everywhere. Negy was profiled negatively at The New York Times. The Chicago Tribune was appalled that UCF gave him a raise last year.

Reminders of the Late Mike Adams

“It’s not fun,” he repeated, “having your colleagues, your department, your university turn against you, and portray you as an evil monster that’s been working with them for 22 years — and they just never discovered it until now — and proclaiming you as one of the most pejorative ways in the United States which is proclaiming you a racist.”

Negy spoke of his sympathy for Mike Adams, the late UNCW criminology professor who spent years under attack by the “cancel culture” for his own un-PC opinions. Adams was forced out of his job earlier this summer, and lost his life last month in an apparent suicide.

It’s no fun for Negy, either. Protesters “either officially or loosely aligned with Black Lives Matter” flooded him with hundreds of angry messages the day after one of his unpopular tweets, he said. Others invaded his neighborhood demanding, “Make Negy Resign.”

UCF’s president, Alexander Cartwright, would surely have done that already, had not Negy’s tenure been standing in the way. (Negy is a Fulbright scholar as well.) Cartwright has labeled his tweets “abhorrent,” and the university provost, Michael Johnson, has called them “vile.”

As Negy pointed out, though, “Neither of those individuals were saying it was their opinion. They were declaring it as fact.” It was against that pre-judged, biased background that Cartwright asked students to come forward to testify against him. Tellingly, Cartwright seems at this point only to be seeking negative information.

Negy knows of at least 15 who have spoken up against him. One of them reportedly told the school’s Office of Institutional Equity that he’d taught them “Whites are superior to blacks because whites have cerebral cortexes.” The charge is of course absurd on the face of it. As if any professor anywhere would have said that? As if only one student would have noticed if he had?

“The problem is the left/liberal/progressive/Democrat side now won’t allow the other side to speak. If you say something they disagree with they want to annihilate you. … They are total authoritarians.”

Another lie told to university administration, said Negy, was that he would give students extra credit if they would denounce their religion. He does warn his classes early on that he’ll be tough on religion, but there’s nothing in his grading, he says, that depends on students’ beliefs.

Negy has spent $8,000 so far on lawyers to defend himself from these charges. He intends to take the dispute “very public” if the university continues pressing him on it.

So What Was His ‘Offense’?

So what did he actually say that was so bad? The worst message of all — the trigger tweet most often quoted in the news media — was actually a question:

Sincere question: If Afr. Americans as a group, had the same behavioral profile as Asian Americans (on average, performing the best academically, having the highest income, committing the lowest crime, etc.), would we still be proclaiming “systematic racism” exists?

Media outlets objected to his comparing African Americans to Asian Americans. Negy’s point, however, as he explained in the interview, is this:

Blacks have agency, they have their free will, and they can take advantage of opportunities in the United States. And even if they come from a disadvantaged background, like other whites do, other Hispanics so, and even some Asians do, with their own effort and dedication to change their lot in life, they can achieve things that are important to them.

Apparently no one’s allowed to say such a thing.

Gay Atheist Hispanic, and Under Fire from Cancel Culture

He speaks from personal experience on achieving things. Negy is an atheist, he’s gay, and he’s Hispanic, making him a triple minority, he says. He came from a poor background. Both his parents had just nine years of education.

Apparently, though, there was a problem of comparison in his bringing up Asian Americans — even though it never seems wrong to compare blacks to whites. He wonders why whites should be the “gold standard” of comparison.

“But the current group of Democrats — they scare the h*** out of me. Because they’re so anti-freedom. I’m concerned. I’m very concerned.”

In his classes now under university investigation, he says,

I take a critical, though not negative look at the different racial groups that I cover: whites, Hispanics, African-Americans, Native Americans and Arabs/Muslims. And actually most of the material I cover is neutral, based on the literature or national surveys. And then I reserve the last part of that lecture to cover challenges or problems that each of these groups has.

I cover the challenges and problems that African-Americans have as a group. And it’s coming straight from national surveys or FBI statistics. There are people in my class you don’t like what I say. But there are those individuals — who happen to be black — who are not accustomed to having someone say anything critical about their group.

They’re not just “not accustomed,” though. They’re after him. And clearly it’s not fun — a definite understatement.

The Call for Freedom of Speech

Negy is an atheist, as already mentioned, and in fact I’ve had occasion to criticize him in the past. (I reminded him of that prior to our interview, by way of full disclosure.) Like atheist leader Peter Boghossian and Christian ministry head Corey Miller, though, who’ve found common cause speaking out for academic freedom, Christians can and should feel a bond with an atheist like Charles Negy in this situation: We absolutely need freedom of speech. All of us.

As he put it during our conversation:

It sounds like you and I are both willing to engage in a discussion. As you already know, there’s a lot of people in the United States, about half of them perhaps, who don’t really want to have a conversation. They just want to point the finger at you and call you names.

And it’s dangerous. Near the end of our talk I asked him if he had anything else to add. He volunteered the following:

Everything I say is fine for everyone to hear. I just want to say that we can debate whether or not what I said or what anyone says is valid or not. The problem is the left/liberal/progressive/Democrat side now won’t allow the other side to speak. If you say something they disagree with they want to annihilate you. They want to get you fired, they want to punish you. They are total authoritarians.

Negy: ‘Anti-Freedom’ Democrats ‘Scare the H*** Out of Me’

That required one last question. “Being gay and atheist, my guess is you’ve historically been a Democrat?” Negy said, no to that; he’s independent: “I go for the middle. I hate all politicians.”

“Then my follow-up doesn’t apply,” I said. “I was going to ask you what it felt like as a Democrat, seeing this happening to the party.”

The current Democratic Party is disgusting. For me, of course. In the past there have been Republicans who have been disgusting. So again I don’t like most politicians, I think they’re all sociopaths after money and power. But the current group of Democrats — they scare the h*** out of me. Because they’re so anti-freedom. I’m concerned. I’m very concerned.

He has reason to be. So do we all.

Tom Gilson (@TomGilsonAuthor) is a senior editor with The Stream and the author or editor of six books, including the just-released Too Good To Be False: How Jesus’ Incomparable Character Reveals His Reality. He graduated from the University of Central Florida with an M.S. in Industrial and Organizational Psychology in 1998, just months before Dr. Negy joined the psych faculty there.