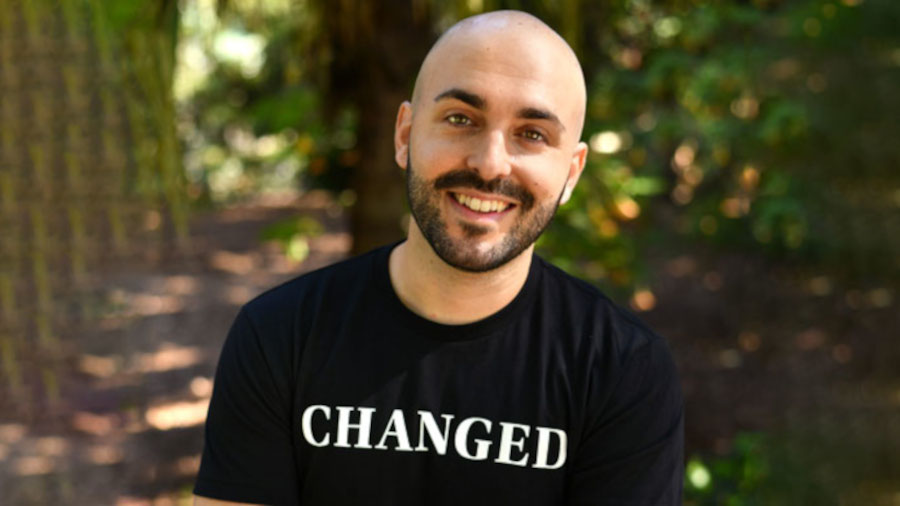 The headline sounds like something created by a far-right website to make gay activists look bad, but it is absolutely true and totally accurate: “Ex-Gay Man Faces Charges for Sharing His Testimony About Finding Freedom in Christ.” Yes, Matthew Grech, who lives in Malta, “is facing criminal charges for allegedly promoting ‘conversion practices’ in his own country during an online interview about how he chose to leave his former homosexual lifestyle after finding salvation in Jesus Christ.”

In other words, because he testified on TV that Jesus changed his life and he no longer practiced homosexuality, he could potentially go to jail for up to 5 months and be fined over $5,000. The TV station has been charged too. And to repeat: I am not making this up.

If you are still rubbing your eyes and saying to yourself, “There must be more to the story,” the only thing you need to know is that Malta forbids all “conversion therapy” for all people of all ages. This is similar to a bill almost passed in California that I dubbed the “Must Stay Gay Bill.”

As reported by BBC News in 2016, “Under the new law, anyone who tries to ‘change, repress or eliminate a person’s sexual orientation, gender identity and/or gender expression’ will be fined or even jailed.”

You Must Stay Gay!

No! You must stay gay (or trans, as the case may be), and it is illegal for anyone to help you explore the roots of your same-sex attractions with the view towards change.

Tragically, this “conversion therapy” ban is in place for minors in multiples states in America as well as abroad, while a complete ban for people of all ages, similar to that in Malta, exists in several countries as well.

“Just like every other sin, one can repent from it and ask God for forgiveness and ask Him for strength to overcome” — Matthew Grech

Talk about extreme overreach. Talk about the exact opposite of live and let live. Talk about making a mockery of “tolerance and acceptance.” That street only goes one way.

In my book The Silencing of the Lambs, I noted how in Norway, if you make a private comment deemed hateful to an LGBT person or persons you could get a one-year jail sentence. If you dare to make the comment in public, you’re looking at three years in jail, the same penalty for third-degree murder (meaning, by neglect) in Norway.

And in nearby Finland, I pointed to the case of Päivi Räsänen, a medical doctor and a longtime member of the Finnish Parliament who was potentially facing 6 years in prison. Her crime was that she shared her opinion on marriage and human sexuality on social media, on television, and in a pamphlet, taking issue with the teaching of the State Church.

But what happened to Grech is more extreme still. He simply shared his personal story on Maltese TV, explaining the transformation of his life through the gospel.

As reported by CBN News:

I understood that in the Bible, homosexuality is not an identity as we make it nowadays. And neither is it a feeling, but a practice.

This means that no matter what sexual feelings a man or a woman is experiencing if they have sexual relations with a person of the same sex, they commit the homosexual act in God’s eyes, and that is a sin. Just like every other sin, one can repent from it and ask God for forgiveness and ask Him for strength to overcome … I’m talking here from a Christian perspective

He actually took issue with the term “conversion therapy” during the interview, and at no point did he recommend such “therapy” to the public. But by sharing his own story publicly he crossed a forbidden line.

‘No One Wants to Put You in Jail’

Back in 2004, I began saying that those who came out of the closet (meaning gay activists) wanted to put us (meaning Christian conservatives) in the closet.

At first, people said to me, “No one wants to put you in the closet!”

But after a few years that changed to, “Bigots like you belong in the closet.”

Then, while talking with an attorney with the ADF about this, he said to me (to paraphrase his words), “Those who were once put in jail for homosexual practice will want to put us in jail for opposing their agenda.”

When I referenced his words during an interview on Christian TV, I was met with mockery and scorn, with a number of websites playing a clip from the interview online. “No one wants to put you in jail!” was the refrain.

That was before LGBTQ+ activists and their allies howled with delight at the jailing of Kim Davis for her refusal to issue a same-sex marriage license in 2015.

That was also before this obscene and draconian ban was put in place in Malta.

And you thought I’ve been exaggerating all these years?

All the more, then, should we encourage ex-gay and ex-trans individuals to share their testimonies boldly and publicly if they so desire. And all the more should we stand by their side and push back against bans against change, offering help and hope to all who desire it.

May the case in Malta serve as a wake-up call for the world.