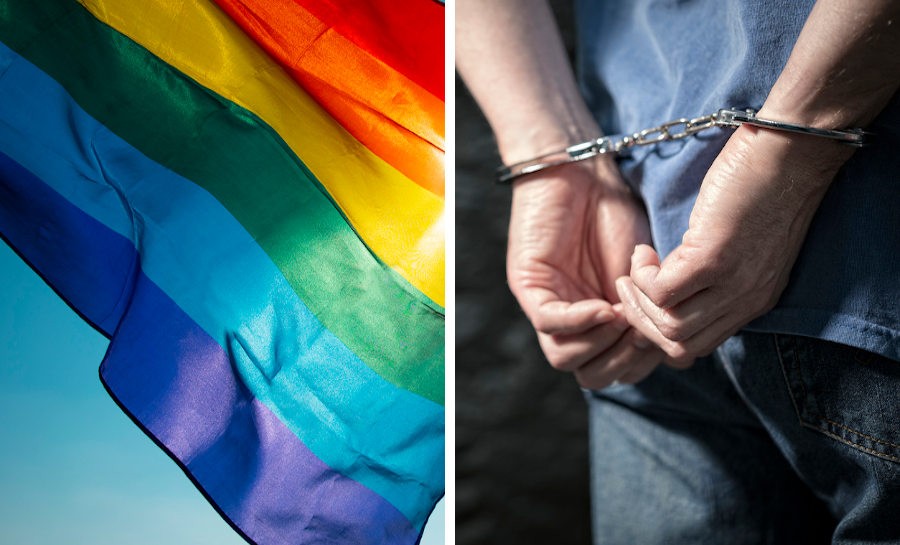 For more than 15 years, I have been saying that those who came out of the closet would want to put us in the closet, meaning that gay activists calling for “equality” and “tolerance” would want to silence dissenting voices. About 10 years ago, a Christian attorney said to me, “Mike, take that one step farther. Those who were once put in jail will want to put us in jail.”

When I repeated his comment on Christian TV, I was widely ridiculed by the left. “No one wants to put people like you in jail!”

So No One Wants to Put People Like Us in Jail?

That tune quickly changed when, in 2015 Kim Davis, a county clerk in Kentucky, was jailed for refusing to follow a court order and issue a marriage certificate for a same-sex couple.

Many on the left applauded her arrest, thrilled that she was in jail and hoping she would not get out anytime soon. And on social media, comments were completely unhinged, like this one: “Kim Davis, by Virtue of defying the Constitution and the Supreme Court is NO BETTER than those men who conceived, executed, and plotted those attacks on the World Trade Center and the pentagon on September 11. Granted, there haven’t been any lives lost in the wake of Mrs. Davis’ shenanigans, the ideology of using her religious beliefs as justification to defile the Supreme Court and the Constitution make her a religious terrorist along the order of Osama bin Laden and ISIS.”

“But,” someone might say, “the arrest of Kim Davis proves you’re exaggerating your point. She refused a direct order from a judge, and still, she only spent a few days in jail. Don’t make a martyr out of her or give the false impression that this is an everyday affair.”

Actually, I could multiply other examples, not just from America but from other countries as well, like the case of a father whom I met last year in Canada.

He objected to his 14-year-old daughter’s desire to identify as a male and begin to receive hormone therapy. But the courts ruled with the daughter, not only affirming her “right” to begin the therapy, but also banning him from referring to his own daughter by her birth name or referring to her as female, even in the privacy of his home. If he dared to do so, he could be arrested on the spot.

For several years now, in New York City, “discriminatory” treatment in the workplace against those who identify as transgender can result in a $250,000 fine. And what, exactly, constitutes discriminatory treatment?

According to the official government website, this would include failing to use an individual’s preferred name or pronoun, refusing to allow them to use the bathroom of their choice, or even “sex stereotyping.” Cross any of these lines, and you could be in a heap of debt — or worse.

Now, “Norway Has Made Biphobic, Transphobic Speech Illegal.” More specifically, “The penal code states that those who are guilty of hate speech face a fine or up to a year in jail for private comments, and a maximum of three years in jail for public remarks. Furthermore, those charged with violent crimes that are motivated by a victim’s orientation or gender identity will receive harsher sentences.”

So, a private comment deemed hateful to an LGBT person or persons could get you a one-year jail sentence. Make this comment in public, and you’re looking at three years in jail, the same penalty for third-degree murder (meaning, by neglect) in Norway. You heard that right.

Supporters of the bill note that “for prosecution comments must be direct attacks against LGBTQ+ people or include language that intentionally dehumanizes them to the public.”

This much is sure. There are plenty of LGBT activists and allies who are more than ready to bring potential cases to court.

What About America? Time to Decide to Do What’s Right, No Matter What

Back here in America, in January of this year, Joe Biden tweeted that transgender rights are the Civil Rights issue of the day. And he has made clear that one of his first legislative priorities (in the event that he is sworn in as our next president) will be to pass the Equality Act, which constitutes a direct threat to our religious freedoms.

Do not be deceived.

This is one of many reasons so many of us strongly opposed a Biden-Harris administration. And it’s another reminder that my Christian attorney friend, who himself was on the front lines of the culture wars, was hardly exaggerating at all.

Now would make a great time to determine that you will do what is right and stand up for what is right regardless of cost or consequence. Your compassionate courage could be the very thing that stands as the last bulwark against dangerous government overreach.