He would worry about lockdowns and masks. 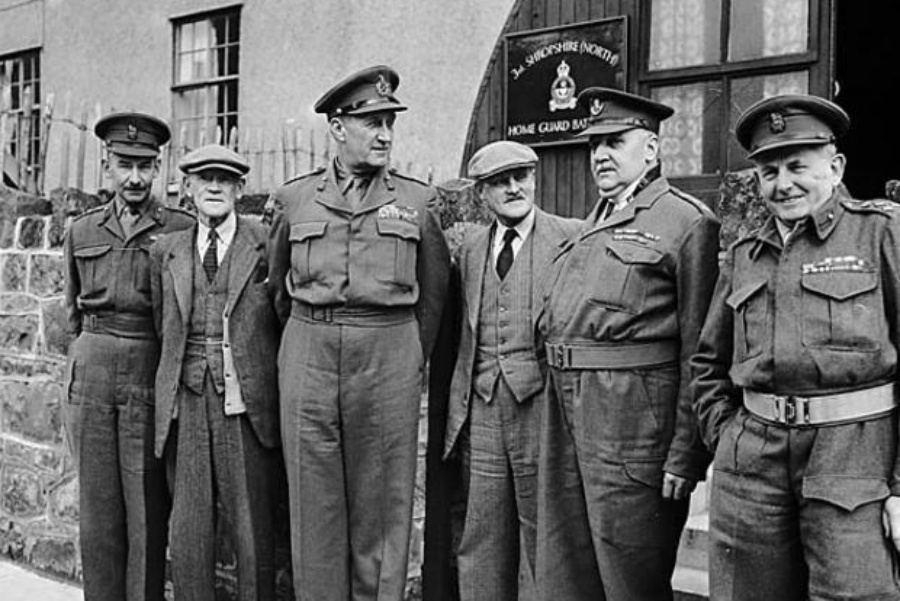 Welsh members of the Home Guard during World War II

“A playfully intransigent attitude to authority,” he said, “is our chief protection against England becoming a servile state.” He’s talking about the ideal citizen of a democracy, who knows the world well enough to resist a government doing too much. He explains: “A mild pleasure in ragging [teasing], a determination not to be too much interfered with, is a valuable brake on reckless planning and a valuable curb on the meddlesomeness of minor officials.”

Lewis worried about the Home Guard in World War II. He joined it himself, because his country needed men to guard the homeland. He would march around with a heavy gun in the middle of the night and go to endless training and drills, as long as it was needed. But he worried that once people got used to it, they’d keep doing it.

He’d worry about lockdown and mask requirements today. He wouldn’t object to them, but he’d worry that the government will keep them a lot longer than it needs to.

Lewis wrote those words in 1944, when he was really annoyed by life in wartime Britain. They appear in Present Concerns, a book published long after he died that has most of his more political articles in it.

He was most annoyed by all the people who got to tell everyone else what to do. A few months later, he wrote that “the danger of the present situation is that our Masters have now been multiplied.” As a soldier in World War I, he had complained like all the other soldiers about the bossy “brass hats” and MPs. Now, “it is our Masters in Civil Defence, in the Home Guard, and so forth.”

For more on what C.S. Lewis would say about our lives today, see C.S. Lewis Knows How to Deal With Disaster.

He worried the “Masters” won’t go away when the war’s over. “Those who wish for whatever reason to keep their fellow-citizens regimented longer than is necessary will certainly say they are doing so in the interests of security.” Bossy people will always have a good-sounding reason for continuing to boss people around.

It’s too good a gig for some people. He makes up a character called Mr. Mares-Neste (haha). “He will be, I think, a retired businessman who, having few brains, finds the time hanging heavy on his hands, and, being a bore, is the greatest nonentity in his neighborhood.” It’s an unusually cruel description for Lewis, which shows how annoyed he was.

“We see Mr. Mares-Nest rising, say, in the Home Guard,” Lewis continues. “We see how endless and useless parades, which are an unspeakable nuisance to his more intelligent neighbors, are a perfect godsend to Mares-Neste: here is something to do, here is self-importance. We see him doing things which no officer in the real army would be allowed to do.”

“Democracy,” Lewis concludes, “demands that little men should not take big ones too seriously. It dies when it is full of little men who think they are big themselves.”

As it happened, the government disbanded the Home Guard in early December 1944. That worry didn’t come true. But the danger didn’t go away.

Lewis wasn’t any happier after the war, when the new Labour government socialized the economy and kept war-time rationing going. He called the chancellor of the exchequer (their equivalent of our secretary of the treasury) “the nursery governess of England.” A few years later, just before he died, he wrote bitterly of a new Labour government coming in “with all the regimentation, austerity and meddling which they so enjoy.”

He complains in an newspaper article published in 1958 that “rulers have become owners.” It’s called “Is Progress Possible?” and appears in God in the Dock. “We are less their subjects than their wards, pupils, or domestic animals. There is nothing left of which we can say to them, ‘Mind your own business.’ Our whole lives are their business.”

The Government That Doesn’t Go Away

Lewis wasn’t a libertarian. His views were subtler and more complex than that. He understood the need for government. He saw that government would always be an oligarchy and that experts often knew what needed to be done. To an extent that makes most Americans uncomfortable, he believed in social hierarchy. He accepted Aristotle’s idea that some people were fit only to be slaves, for example. Before you agree, remember that Lewis might well think you one of those people.

But he knew that anyone in power will be tempted to abuse it. It’s a constant theme of his. He talks about it in The Abolition of Man, for example. There he knocks down hopeful visions of science changing the world for the better by noticing that it is fallen men who do science. “What we call Man’s power over Nature turns out to be a power exercised by some men over other men with Nature as its instrument.”

Lewis at least once invoked Lord Acton’s famous line, “Power tends to corrupt and absolute power corrupts absolutely.” That’s why he praised the man with the “playfully intransigent attitude to authority.”

And that’s why he believed in democracy. “I am a democrat because I believe in the fall of man,” he wrote. Most people believe in it because they think man good enough to govern. Lewis disagreed.  “Mankind is so fallen that no man can be trusted with unchecked power over his fellows.” If Aristotle thought some men should be slaves, “I see no men fit to be masters.”

He knew that once some men had tasted mastery, they wouldn’t give it up easily. Not just the Mares-Nestes of the world, but people far more powerful than they. It starts small and reasonably, as with Home Guards and masks. We have to make sure it stays small and limited and temporary.