An ISIS-linked Iraqi citizen in Ohio was arrested for planning to murder the nation's 43rd commander-in-chief, according to the Department of Justice. 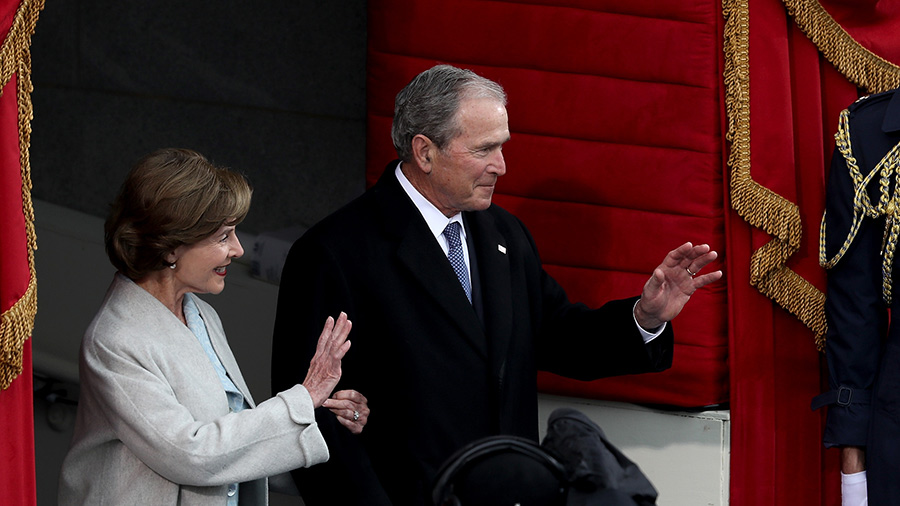 An alleged terrorist plot to assassinate former President George W. Bush was revealed by the U.S. Department of Justice on Tuesday.

According to a U.S. government press release, “An Iraqi citizen living in Columbus, Ohio, has been charged federally with an immigration crime and with aiding and abetting a plot to murder former United States President George W. Bush.” Fox News reports that the man is “affiliated with ISIS.”

NBC News reports that the suspect who was arrested, Shihab Ahmed Shihab, “wanted to smuggle 4-6 individuals from Iraq into the United States through the Mexico border” to murder the nation’s 43rd commander-in-chief, who served two presidential terms ending in 2009. Forbes reports that the Shihab allegedly even traveled “to Dallas in November to take video around the former president’s home.”

NBC News: Shihab Ahmed Shihab, of Columbus, OH, is in custody after the FBI says he wanted to smuggle 4-6 individuals from Iraq into the United States through the Mexico border to kill former president George W. Bush, court documents and law enforcement officials say.

In a statement quoted by Fox News, the former president’s chief of staff Freddy Ford said, “President Bush has all the confidence in the world in the United States Secret Service and our law enforcement and intelligence communities.”

As The Stream has been reporting nearly every week for the past seven years, thousands of U.S. troops are still battling ISIS in Iraq, Syria and other global hotspots. In last week’s update, I quoted a Stars and Stripes report which said that the ISIS branch in Afghanistan “likely will develop the ability to target the U.S. homeland within the next 12 to 18 months.”

We thank all U.S. military warriors for taking the fight to the enemy overseas, as well as the domestic law enforcement and intelligence heroes who protect all of us from terrorism — including a former President of the United States.