Pray for Buffalo and All of Western New York

A historic winter storm has killed more than 30 people in and around the city of Buffalo. 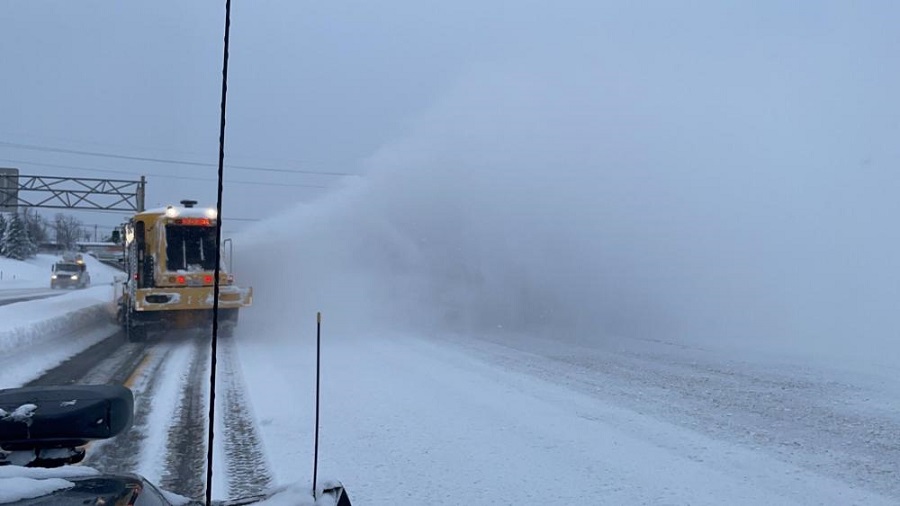 New York Air National Guard airmen use a runway clearing snowblower to remove snow from I-90 in Buffalo, New York, on December 26, 2022.

Buffalo and neighboring towns throughout Western New York are digging out from a historic winter storm that’s killed dozens and left thousands stranded in frigid conditions.

As of Wednesday morning, 35 people were confirmed dead “with the majority coming within the City of Buffalo,” according to WIVB-TV.

The TV stationed quoted Erie County Executive Mark Poloncarz as saying it’s “the worst storm that we’ve ever seen,” including the deadly Buffalo blizzard of 1977.

Having spent a significant amount of time in my wife’s native Buffalo area over the past two decades, the images of devastation being shared online are both breathtaking and sad.

The scene at Hoaks restaurant in Hamburg is surreal. It looks like an Ice Castle! @news4buffalo pic.twitter.com/aNRC8Z1UnR

'BLIZZARD OF THE CENTURY': Drone footage captured the extent of snowfall in Buffalo, New York. The Buffalo region has received 4 feet of snow and 32 people have died. https://t.co/1Kcc4rHdvG pic.twitter.com/LL5Jls3NyD

As of Wednesday, about 450 New York National Guard troops were deployed in Buffalo and surrounding Western New York to help local first responders and rescue residents who are still struggling or trapped. “The New York National Guard said soldiers and airmen had rescued at least 86 people from hazardous situations by Tuesday afternoon,” according to Stars & Stripes.

One citizen who was tragically not able to be saved was 22-year-old Anndel Taylor, who was driving home from her shift at a Buffalo-area hospital when her car got stuck in a massive pile of snow. The New York Post reported that the nurse “sent terrifying videos to her family while trapped in her car before she was finally found dead around 24 hours later.”

Anndel Taylor, 22, died in her car after being trapped by Buffalo blizzard while driving home from work. She was found after 18 hours. She sent her family this final video from inside the car. pic.twitter.com/w8GBwR9UOm

It is impossible to imagine the heartbreak being felt by the Taylors and at least 34 other families around the Buffalo area at this hour of darkness. Please join all of us at The Stream in praying for this historic’s storm victims, their loved ones and all first responders working around the clock to save lives. We ask God to spare the people of Buffalo and Western New York from any further loss of life.