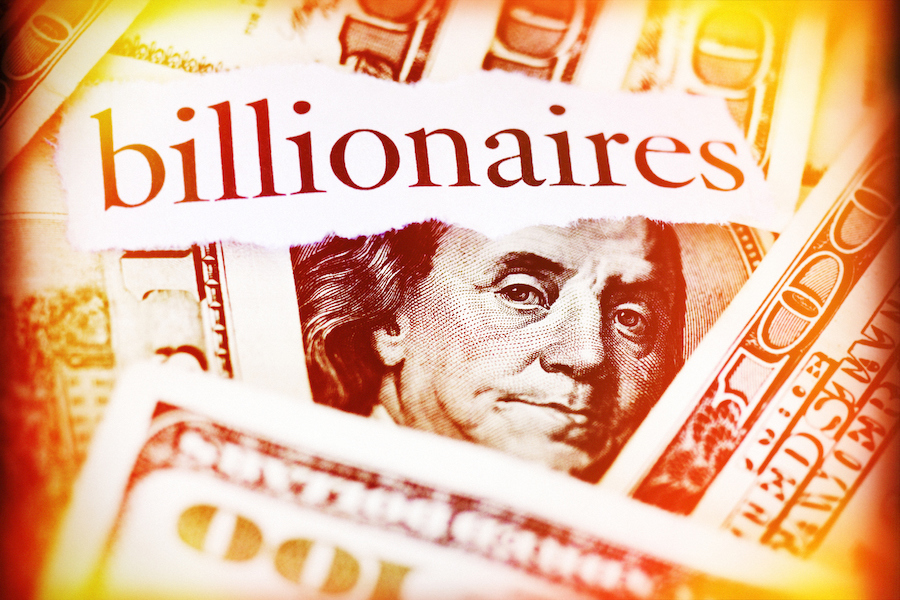 Democrats always rail against the rich. They present themselves as the party of the middle class and the poor. The Democrats stand up to the 1%, support the common man. Those wicked Republicans serve the rich.

The hint that this maybe isn’t true? The rich give them more money than they give the Republicans.

That’s true in this year’s presidential election. A larger percentage of Joe Biden’s donations have come from large contributions than have Trump’s.

Trump gets a larger percentage from the “little people;” the middle class and those just barely getting by support Trump. Nearly half — about 45% — of donations from individuals in April to Trump came in amounts of $200 or less. 37% of Biden’s individual contributions came in those lower amounts.

Here’s one of the major stories. Some of the hefty money comes from big tech billionaires. As if we needed any more evidence big tech is biased against the right. The billionaires who run those corporations are pouring cash into supporting Biden.

The problem isn’t that they’re giving a lot of money to Biden. That’s expected. The problem is that they’re trying to catch up to Donald Trump’s lead in digital campaigning in underhanded ways. Many of them are doing it discreetly. As the people at the top of the digital food chain, they can manipulate the technology to bring voters to Biden and drive them away from Trump. Many think the Democrats’ tech advantage in 2008 and 2012 was a key factor in Barack Obama winning the presidency. With an advantage like that, Biden may be able to catch up.

The new sites will “fill the news deserts, deliver the facts favorable to Democrats that voters are missing, and counter right-wing spin.” A “news desert” is apparently an area that doesn’t have enough liberal news sources. Acronym and the groups linked to it claim to be independent news sources, but act as political activists.

They have their pretend independent news outlets report favorably on their Democratic agenda.

Many believe this is a blatant conflict of interest. Prominent liberal journalist Steven Brill is disgusted by what it does to the political process. He runs NewsGuard, a center focused on combating misinformation. He told Vox, “When you undermine that process by posing as journalists — when you’re just out to make a partisan hit on someone or a partisan support of someone on the left — I think that is so hideous that it really needs to be called out.”

Hoffman has also invested $18 million in a project called Alloy. It stores data about voters obtained from progressive groups and uses it to get them to vote. In 2018, Hoffman financed MotiveAI, which got caught spreading fake news. Four Colorado companies associated with the company used 50 Facebook pages that appeared to be independent to buy political ads. One of the ads suggested Brett Kavanaugh “had helped Bill and Hillary Clinton cover up the murder of a White House aide.”

The company bragged about its efforts in a video. It has now been curiously deleted (The Daily Beast obtained a copy first). “We produced over 260 videos and over 5,000 individual ads, which led to 28 districts flipped and the highest Democratic margin since 1972 [and the] first time in eight years the Democrats took control of the House.”

Former Google CEO Eric Schmidt is pouring money into the Democratic Data Exchange, an effort by the DNC to get state parties to share data. He started OneOne Ventures, which will serve as a bridge between traditional political operatives and technical teams. It’s investing in more than 20 different political startups. One of them, STAC Labs, trains state parties on how to use data.

Focus on Vote by Mail

VPC recently started a new focus on vote by mail. It sends postcards to people on their 18th birthday encouraging them to register to vote. Additionally, VPC discovered that an official-looking plain white envelope with a registration application is more likely to be filled out than a partisan looking envelope with colors. Moskovitz’s North Star is trying to achieve the lowest “cost-per-net-Democratic-vote.”

One PAC is going to pay users with large followings to take sides against the president.

One PAC is going to pay users with large followings to take sides against the president. Defeat Disinfo will identify claims by Trump on social media and have its network of more than 3.4 million trolls … er, influencers respond with the most popular counter-narratives.

Defeat Disinfo is advised by retired Army Gen. Stanley McChrystal. McChrystal was forced to resign during the Obama administration for saying unflattering things about Biden and other administration officials.

It’s not just tech billionaires contributing to Biden and PACs supporting him. Many other billionaires and their corporations funnel money in his direction. Biden once opposed big money from single-candidate PACs. He reversed his position last October and now welcomes the support.

Their company Dreamworks contributed $250,000 to American Bridge 21st Century. That PAC provided research for a recent effort by Media Matters to take down some of the most well-known leaders on the right and squelch conservative speech and policies. It was partly funded by George Soros.

It is true that some billionaires contribute money to help reelect Trump. But not the ones that control the tech industry. Between the money and projects from big tech, and their bias moderating social media, the billionaires may have a shot at getting Joe Biden elected.