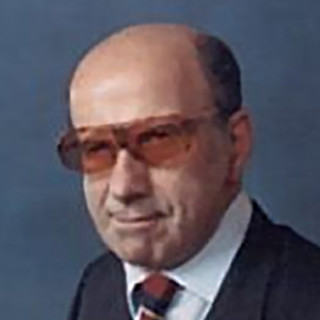 John Wohlstetter < Back to Voices

John Wohlstetter is a senior fellow at the Discovery Institute (beg. 2001) and at the London Center for Public Policy Research (beg. 2013). He is founder and editor of the issues blog Letter From The Capitol, and author of the books Sleepwalking With The Bomb (2d ed. 2014) and The Long War Ahead and the Short War Upon Us (2008). His many articles, chiefly focusing on national security, include entries in The American Spectator, National Review Online, The Daily Caller, PJ Media, the Wall Street Journal and the Washington Times. His two book talks were aired on C-SPAN 2 Book TV. He gave a military history lecture on his second book, at the University Club, Washington, D.C. (Jan. 2013). He has given over 1,000 radio interviews (2008-2015), many of them on nationally syndicated stations. He began a Letter From The Capitol weekly podcast, in July 2013; he maintains a Twitter page (@JohnWohlstetter) for updated commentary and appearance schedule. On August 14, 2013 he served as guest host for the nationally syndicated Dennis Miller Show, of which he is a frequent guest. On January 21, 2015 he gave the first annual Albert and Roberta Wohlstetter Memorial National Security Lecture for the London Center, jointly sponsored by Discovery Institute, Rethinking the Unthinkable: Why Failures of Imagination, Projection, and Strategy Court Nuclear Catastrophe.

He has worked on the foreign trading desk at Goldman Sachs (1969-73) and Drexel Burnham Lambert (1973-74). He was an attorney for Contel Corporation (1978-91), concentrating in general corporate and communications law, then as director — technology affairs, a post he also held at GTE Corporation (1991-2000) and Verizon (2000). During his tenure at Contel he served as senior adviser to the Committee on Review of Switching, Synchronization and Network Control in National Security Telecommunications; the Committee, established by the National Research Council, issued a report, Growing Vulnerability of the Public Switched Networks: Implications for National Security Emergency Preparedness (1989). He has authored myriad telecommunications articles.

Upon retiring from Verizon, he joined the Discovery Institute as a senior fellow in 2001. In 2013, he also became a senior fellow at the London Center for Public Policy Research.

The carnage in Brussels adds the name of another great city to the list of Western cities targeted since 9/11 by Islamic terrorists in mass-casualty attacks. Brussels, March 22, 2016 follows close on the heels of San Bernardino (December 2,…

Actually, the Wimpy Thing Would Have Been for GOP Candidates to Put Up with Biased Debate Moderators