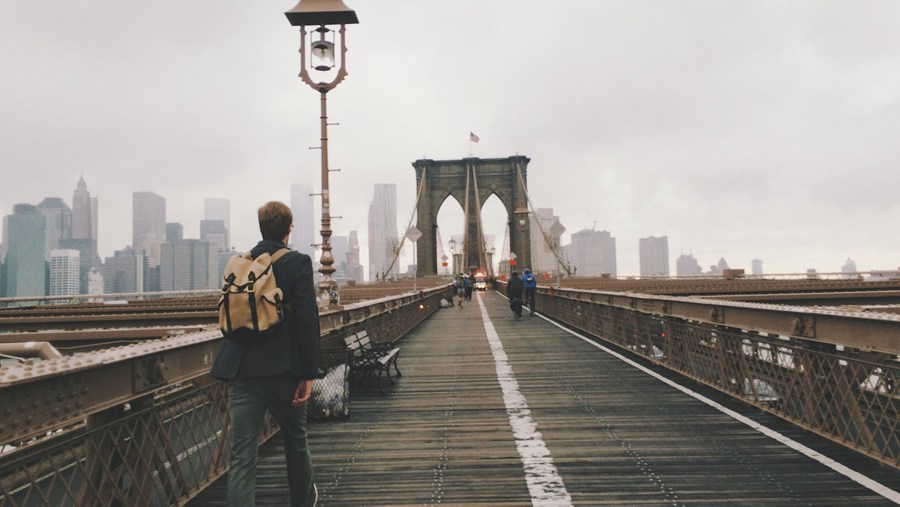 The spirited exchange between Donald Trump and Ted Cruz on what constitutes “New York values” was a high point of the Charleston Republican debate. Trump won the televised exchange, citing the Big Apple’s heroic response to the atrocities of September 11, 2001. The normally articulate Cruz was unable to effectively respond, despite knowing in advance of the debate that Trump had assailed Cruz’s off-the-cuff derogatory remark made while courting Iowa Republicans. Cruz was further handicapped by his wife having worked for Goldman Sachs, and gotten her husband $1.2 million in low-interest campaign loans from her employer (secured by present and prospective earnings/assets); some $50,000 to $100,000 remains outstanding. He also obtained similar credit from Citibank.

What neither contestant had enough airtime to discuss in a debate where candidate-speaking time is strictly limited is that New York City’s reputation has changed many times during the life of the American republic. Cruz made up part of that ground on Fox News Sunday, telling host Chris Wallace that in a 1999 interview with the late Meet the Press anchor Tim Russert, Trump applied the “New York values” label to himself, citing pro-choice, pro-partial birth abortion and pro-gay marriage views. But the original debate punch-out could not be fully erased by belated citation.

During the ratification debates over the federal Constitution, New York symbolized the economic and hence political power of four large states: New York, Pennsylvania, Massachusetts and Virginia. Forging a union at the 1787 Grand Convention entailed adoption of the Connecticut Compromise: the House would be apportioned by population, favoring the large states; each state would get two votes — “equal suffrage” in 18th century parlance — in the Senate.

During the building of the Erie Canal the city — and state — were the hub of national economic awakening. Erie was the nation’s first super infrastructure project, transforming, along with emerging railroads, the flow and volume of interstate commerce.

During the Civil War, Wall Street financial speculation — and manipulation by insiders — took center stage. This was immediately followed by the city’s first storied Gilded Age, in which the rich openly flaunted their wealth. And though William Marcy “Boss” Tweed met his end shortly after the War, by the turn of the century Tammany Hall symbolized centralized political power, wielded for corrupt ends, aided by a police force “on the take.”

After the horrors of World War I, the Roaring Twenties took over: rampant stock speculation by the public, clandestine stock manipulation by insiders, open defiance of Prohibition, and the flowering of American music during the Jazz Age, symbolized by New Yorker George Gershwin’s “Rhapsody in Blue” (1924) and the Great American Songbook. Broadway was at the center of post-war cultural efflorescence. Arthur Freed’s title song lyrics for 1929’s The Broadway Melody offered a glimpse of Gotham glamour:

There may be streets that have their sorrow
A smile today a tear tomorrow
But there’s a street that lives in glory
It always tells the same old story.

Don’t bring a frown to old Broadway
You’ve got to clown on Broadway
Your troubles there are out of style
Cause Broadway always wears a smile
A million lights they flicker there
A million hearts beat quicker there
No skies of grey on the Great White Way
That’s the Broadway Melody.

Then came the Great Depression. The Crash of 1929 was followed by Congressional investigation of securities swindles; the chairman of the New York Stock Exchange went to jail. The stock market was not to reach its 1929 level until 1956. New York City again added massive municipal corruption to the national scene. The infamous Judge Crater was last seen the night of August 6, 1930.

Broadway’s celebration of New York — and American — values returned once again in 1942, with James Cagney’s memorable song/dance rendition of George M. Cohan’s “Give My Regards to Broadway.” Exuberant lyrics — “The Bronx is up, the Battery’s down, the people ride around in a hole in the ground!” — by Betty Comden and Adolph Green for Leonard Bernstein’s “New York, New York, it’s a wonderful town!” — jump-started 1949’s On the Town musical starring Gene Kelly and Frank Sinatra. In the 1950s New York’s status as national cultural capital was renewed by, among other things, the delectable 1952 Kelly — Cyd Charisse Broadway Melody film ballet (3:50) from Singin’ in the Rain. The city sparkled in the film trailer (2:39) for 1961’s Breakfast at Tiffany’s.

But then New York went into eclipse as a growing wave of increasingly violent crime came to dominate the headlines.

The 1970s inaugurated the city’s nadir in the national consciousness, as the collapse of municipal finances in 1975 led to a massive state government bailout. President Ford refused to send federal bailout money, lest he infuriate voters in Middle America, though in fact Ford never said “Drop Dead” as put in a Daily News headline. Ford forced Albany to address Gotham’s fiscal mess, but his stance likely cost him the 1976 presidential election. Woody Allen’s Manhattan (1979) savagely satirized the city’s image as liberal haven. The local establishment fought back, with a clever “I Love New York” ad campaign. And Frank Sinatra’s iconic “New York, New York” — “If I can make it there, I’ll make it anywhere” weighed in as well.

Trump’s reference to the bravery and resolve of New Yorkers, and how the country was inspired after the 9/11 attacks was legitimate, in that the what followed may well have been Gotham’s finest hour — especially the astonishing courage of first-responders, with a staggering 400 perishing in the Twin Towers inferno on 9/11 alone. But the 2008 financial meltdown saw Wall Street v. Main Street, incensing voters who hated rescuing reckless plutocrats.

Trump’s verbal sally comes at an odd moment, when visitors to the city feel less safe after two years under Mayor Bill de Blasio, a true-believer Communist. The statistics are debatable so far, by the mood of the city is clearly different than before, as the police are under siege and protesters are given free rein, and as police counter-terror efforts are being significantly curtailed.

When Ronald Reagan was elected, 74 percent of the U.S. population lived in cities; today it is 82 percent. From 2000 to 2010, the nation’s population grew by 9.7 percent — but the city population grew by 12.1 percent. And those urbanites are not entirely pleased with the Democratic monopolies that govern most of them: In Flint, the Democrats are literally poisoning the children; in Atlanta, the schools are so corrupt that teachers and administrators had to be sent to prison; elsewhere, urban Americans are literally up in arms … over their treatment at the hands of the city powers they interact with most often: the police. New York City is sliding back into pre-Giuliani chaos.

In sum, “New York values” are a moving target. But the larger, longer-term point is this: Neither reduce “New York values” to the selective caricature adopted by Ted Cruz, nor to The Donald’s equally selective citation of the Apple’s finest hour as a permanent values proxy. The full historical truth, as usually the case, is considerably more complex than can be captured in master narrative sound bites.

John C. Wohlstetter is a senior fellow at the Discovery Institute and London Center for Policy Research, author of Sleepwalking With the Bomb, and founder of the issues blog Letter From the Capitol. He was born on Manhattan’s upper west side and lived from age 4 to past 22 on the island’s upper east side. His late father resided his entire 85 years in Manhattan, with much of his business career spent in Wall Street; his Chicago-born mother moved to Manhattan at age 19 and resided her last 65 years there; she was a Broadway Ziegfeld chorine, and years later a Broadway producer’s assistant.