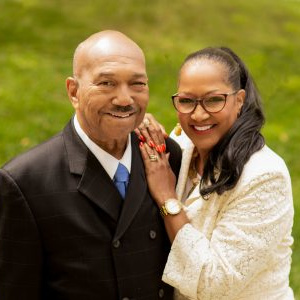 Bill & Deborah Owens < Back to Voices

Reverend William (Bill) Owens is a native of Memphis, Tennessee. Rev. Owens is a graduate of Tennessee State University where he received a degree in Education. After teaching at elementary schools in Memphis and Nashville, he then moved to Los Angeles to continue his career in education. Soon, however, his relentless drive and entrepreneurial skills led him to leave the classroom behind and enter the ministry and business fields. However, he never abandoned his commitment to education and the need to foster achievement in our children. Reverend Owens has always been a pioneer. He was the first African American to own a used car dealership in Memphis and later the first Black man to have a management position at a major Chevrolet assembly plant in Van Nuys, California. While in Los Angeles, he was the pastor of a local church and worked in the real estate business, buying and selling high- end real estate to investors. He was also a founding partner in the Robert Kennedy Hospital in L.A. He is the President and Founder of the Coalition of African American Pastors (CAAP), an organization dedicated to promoting and supporting Christ-centered values. CAAP first gained notoriety as the black pastors group that was willing to call out then-President Obama for betraying the black community on the issue of same-sex marriage. Rev. Owens is known for taking unpopular stands, no matter the consequences. Reverend Owens travels extensively speaking about his core values: choices in education, the sanctity of life, the protection of marriage, and the free expression of faith. He also serves as a consultant to many political campaigns, candidates and organizations.

Our country is struggling to make sense of the death of Ma’Khia Bryant. On the one hand, it is a terrible tragedy to see a young woman die at the hands of the police. However, those who want to make…