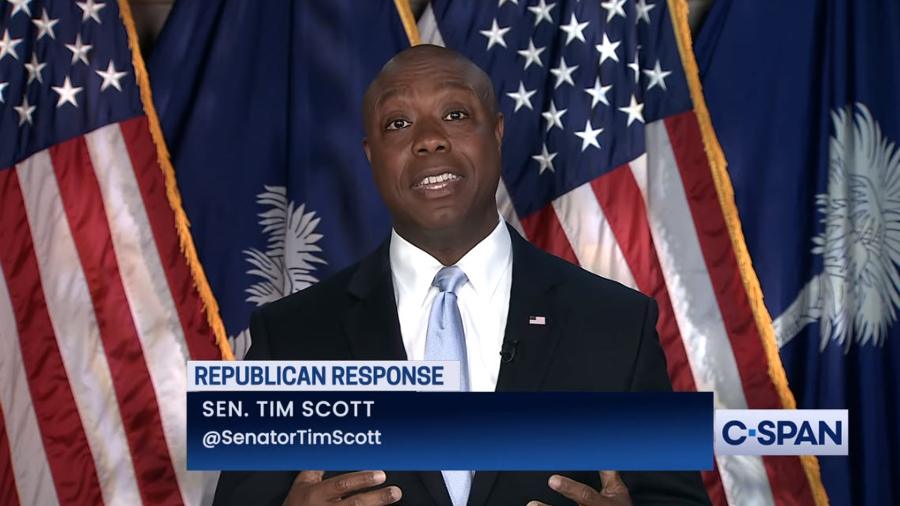 Our country is struggling to make sense of the death of Ma’Khia Bryant. On the one hand, it is a terrible tragedy to see a young woman die at the hands of the police. However, those who want to make her death about race or police violence must grapple with the truth: Ma’Khia was killed while trying to stab another young Black woman to death.

Those who witnessed the awful event agreed that the officer who shot Ma’Khia had to act in order to save the other woman’s life. That sad truth only leads to more questions. Have we really become a country where teenage girls try to knife each other in the street? In front of witnesses and police?

Where Does Our Anger Come From?

Where does that anger come from? Why are so many people eager to diminish the magnitude of the situation or make excuses for it? It’s impossible to ignore the issue of race here, especially as so many people braced for more violence and rioting upon learning that the officer involved was white. Some activists and celebrities rushed to judgement before all the facts were in, deepening the racial and political divisions that have exploded in recent months.

But to fully appreciate how warped our discussion of race has become, we need to talk about Senator Tim Scott. As we pondered what happened to Ma’Khia Bryant, a Black Senator from South Carolina was being publicly mocked and belittled. And once again, race was the part of the subtext of the conversation.

Senator Scott is a rising star in the Republican Party. As such, he was chosen to give the response to President Biden’s State of the Union address. Reasonable minds may differ about policy, but Sen. Tim Scott should be an inspiration to anyone who believes in the American Dream. The senator has spoken about his success story as a Black man whose family goes back generations in the American South. He has talked about how his family was able to rise, “from cotton to Congress.” Senator Scott’s story is one worth telling. It proves that America is still a place where your origins don’t determine your future. His success demonstrates that America — including the Deep South — is not filled with racist people. Nor built on a system that would prevent a Black man from becoming a powerful member of Congress.

Crude Smears for an American Who Disagrees

Unsurprisingly, Sen. Scott does not subscribe to critical race theory or the idea that America is intrinsically racist. In fact, he explicitly rejects that viewpoint, saying that, “America is not a racist country.” For the crime of believing in America and decrying the trend of racial division, Sen. Scott ended up in the cross-hairs of the left. Glenn Kessler, a Washington Post “fact checker,” attempted to dismantle the senator’s success story. He “exposed” the fact that Scott’s great-great grandfather owned land in South Carolina and that Scott’s grandfather worked on that farm. It was a condescending story that showed no understanding of the African-American experience or the realities of the Jim Crow South. As if owning some land somehow exempted Black people from injustice.

MSNBC journalist Tiffany Cross went further, calling the senator “slow-witted,” a “token,” and “asinine,” for saying that America isn’t racist. Others have called the senator an Uncle Tom (or “Uncle Tim”), an “Oreo,” and other racial epithets.

The message aimed at Sen. Scott is clear. Are you an African-American who doesn’t embrace a particular brand of politics? Then insults, character assassination, and racist slurs are perfectly acceptable, if aimed at you.

No Respect for Human Persons with Souls

The contrast between these two stories says it all. A Black senator and success story gets demeaned and insulted because he rejects a particular political viewpoint. A Black teenager who was part of a violent altercation is made into a symbol of our country’s racial problems. In both cases, neither of these people are treated with respect as individuals. They are reduced to symbols and treated according to their usefulness to the left.

What happened to the content of our character being more important than the color of our skin? What has happened to Martin Luther King Jr.’s dream? Lately, it seems like skin color is the only thing that some people can see, and that is dragging our country down a path to more anger and hate.

United at the Foot of the Cross

A lot of questions emerge from the death of Ma’Khia Bryant. We can find lessons to learn from the way Sen. Scott has been treated. But the first lesson we need to focus on is a remedial one. We need to return to Biblical teaching and love one another before all else. We need to teach that lesson to our children so that they do not turn on one another with violence.

In short, we need healing. And that begins with greater understanding and love. It is the only real answer to the hate, violence, and division that is tearing our nation apart.

Rev. Bill Owens grew up in segregated Memphis, Tenn. He joined the Civil Rights movement and participated in non-violent protests. He is the President/Founder of the Coalition of African-American Pastors (CAAP), which promotes Christian values and religious liberty by coordinating the activities of black churches. Dr. Deborah De Sousa Owens heads CAAP’s education department and CAAP’s Women’s Ministry.

Together, they are the co-authors of A Dream Derailed.