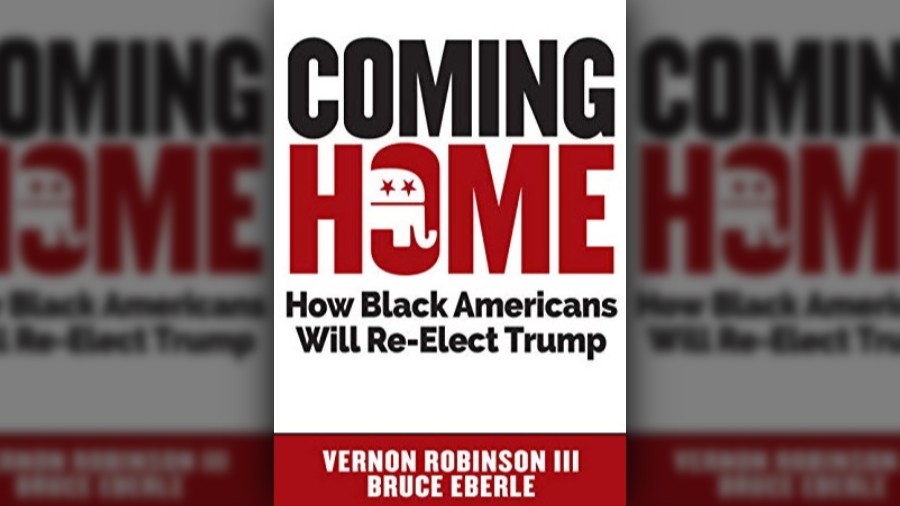 When The Stream learned about the intriguing new book, Coming Home: How Black American Voters Will Re-Elect Trump, we knew we had to cover it. We asked Stream contributor and civil rights leader Rev. Bill Owens, and his wife, Dr. Deborah Owens, to interview the authors, Vernon Robinson III and Bruce Eberle.

Bill & Deborah Owens: Your book Coming Home posits that Black voters were critical to President Trump’s victory in 2016. Also that African Americans will vote for Trump in even greater numbers in 2020. How do you explain this shift in the traditional voting patterns for African Americans?

Vernon Robinson III and Bruce Eberle: Approximately one-third of black Americans are conservative on issues such as choice schools, abortion, national defense, taxes, the right-to-life, job creation, etc. We have known that for decades. Nothing has really changed in that regard since Richard Nixon won 32% of the black vote in 1960. 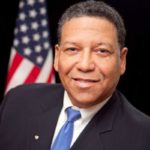 But the real problem is that after the Goldwater defeat, Republicans quit communicating with black voters. And, when they stopped, the Democrats had the field to themselves. They could tell black voters that if they vote Republican another black church will burn down (Missouri Democratic Party radio ads) and worse. “Smart” inside-the-Beltway consultants advised Republican candidates to avoid all communications with black voters. To do so would only increase black turnout and thus aid their opponents.

You cannot automatically ask them to vote for all Republican candidates. Like Roosevelt in 1936 (the first year he won the black vote), you ask them to vote for the presidential candidate, not other party members. It wasn’t until 1948 that a majority of black Americans identified themselves as Democrats.

When you communicate with black voters there are three responses:

a) No, I will never vote for a “racist” Republican.

b) I agree with the Republican on the issues, but I don’t trust him or her enough to vote for him, I’ll just sit this election out.

In the last case, the candidate’s efforts have motivated the black voter to vote for him or her. Many black Americans really are fed up with the lies and broken promises of the Democrats.

Is There Life After George Floyd’s Death?

There’s been a vast political uproar following the death of George Floyd. Combine that with the frequently-repeated claims that President Trump is “racist.” One might expect the president to have difficulty retaining the minority vote in this election. How is it possible that Trump could not only keep, but expand his share of the African American vote in 2020? 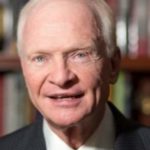 It is surprising only to uninformed pollsters and Democrats. The reality is that about one-third of black Americans (including aspiring poor black Americans) hold exactly the same political views as do conservative white Americans. See the Rasmussen poll taken about a week and a half after the George Floyd death. In fact, black support for Trump soared in the black community.

People knew that he wanted peace, calm, and competent law enforcement in their communities. Such communities are more subject to violence than the suburbs. I read a poll showing that about 87% of those black Americans in the worst areas abide by the law. Only about 13% break the law in any way. That is a high number, but those 87% want a police presence. A violent community is not a successful community.

Why Trump? Why Now?

What is it about President Trump that makes him appealing to African American voters? Is his success a result of his policies, social trends, or some combination of the two?

There are a number of answers.

Is there any hope for the GOP that gains among black voters may continue even after Trump leaves office?

Black support is not immediately transferable. But black support played a major role in helping to elect a Republican candidate to Congress in North Carolina in a special election. It will come especially to black candidates who spend time and money reaching out to black voters. About 30 black Republicans won their congressional district nomination in this election cycle. If Donald Trump wins handily, he will pull in some of those black candidates with him.

Why is the Democratic Party losing the loyalty of black voters? Is this a problem of policies? Personalities? Both?

This movement is both organic and issue-driven. It is organic in that the Democrats have not lived up to their promises. In fact, they have followed racist policies. Like blocking a good choice of schools. Or supporting Planned Parenthood that specifically targets black babies for abortion. Backing open borders that flood the job market with cheap labor that steals black jobs, or drives down the wages of black Americans. Denying black Americans living in cities their Second Amendment rights. And driving up the cost of energy, which hurts poor black Americans the most. In each election Republicans should be winning at least 30% of the black vote at every level.

What could the Democrats keep African Americans from leaving their party?

Democrat policies are racist. They don’t care about black Americans. That’s why they are driving black Democrat politicians out of their party if they don’t toe the line. If the Republicans are smart enough to go after the black vote Democrats have nothing to stop it except calling Republicans racist. That is old, tired, worn-out and it is a lie.

For African Americans, what has been the most damaging aspect of the far left’s increasing influence over American politics and social media?

Black Americans have been denied the opportunity to participate in the American Dream. The primary thing stopping them is the awful schools they are forced to send their children to. You can’t succeed in life if you can’t read, can’t add, and can’t communicate well. But, today, as during the civil rights years, Democrats effectively stand in the school house door denying good schools to black Americans.

We must repeal legislation that has destroyed the black family. Without intact black families, young black men will continue to join gangs that provide an awful role model to live up to. What Donald Trump is trying to do is nothing less than transformational.

The BREATHE Act is a Democrat-sponsored bill intended to address police brutality. It cuts funding for police, immigration enforcement, and drug enforcement. It also includes a reparations program as well as sweeping changes to immigration law and law enforcement techniques. Why do you believe this bill is especially harmful to African Americans?

A violent community is a failed community. It does not function and black Americans know that as much or more than white Americans. By wide margins black Americans want to be able to rely on law enforcement. That was encapsulated by the black woman who was arrested for pouring black paint on de Blasio’s BLM street art outside the Trump Tower. She was shouting, “They lie, they lie. Re-fund the police.”

It has been suggested that polls and surveys tend to understate President Trump’s support. People point to a reluctance among respondents to expose themselves to perceived backlash with vocal support for the president. How much do you think the “silent Trump supporter” phenomenon factors into the black vote?

Polling was very inaccurate in the 2016 cycle. You can find an article in Wired magazine, April 2016 that explains the reasons for this. Early polls are even more inaccurate. They fluctuate wildly. The latest Rasmussen poll has Trump in a dead heat with Biden, but had him down ten points about ten days earlier. Yes, there is a so-called hidden Trump vote just as there was a hidden vote for BREXIT in England. If you scare voters and try to shame them, it makes polling very inaccurate. I watch two polling organizations who were the most accurate in 2016 — Rasmussen and Trafalgar.

What are your predictions for the 2020 election?

In spite of the dire polls and predictions of defeat, Donald Trump will win, and he will win handily. I will not be surprised if he wins 25% of the black vote and 55% of the general election vote overall.

Rev. Bill Owens grew up in segregated Memphis, Tenn. He joined the Civil Rights movement and participated in non-violent protests. He is the President/Founder of the Coalition of African-American Pastors (CAAP), which promotes Christian values and religious liberty by coordinating the activities of black churches. Dr. Deborah De Sousa Owens heads CAAP’s education department and CAAP’s Women’s Ministry.

Together, they are the co-authors of A Dream Derailed.