Atheists Renew Legal Attack on Campus Christian Groups. Here’s How One is Fighting Back 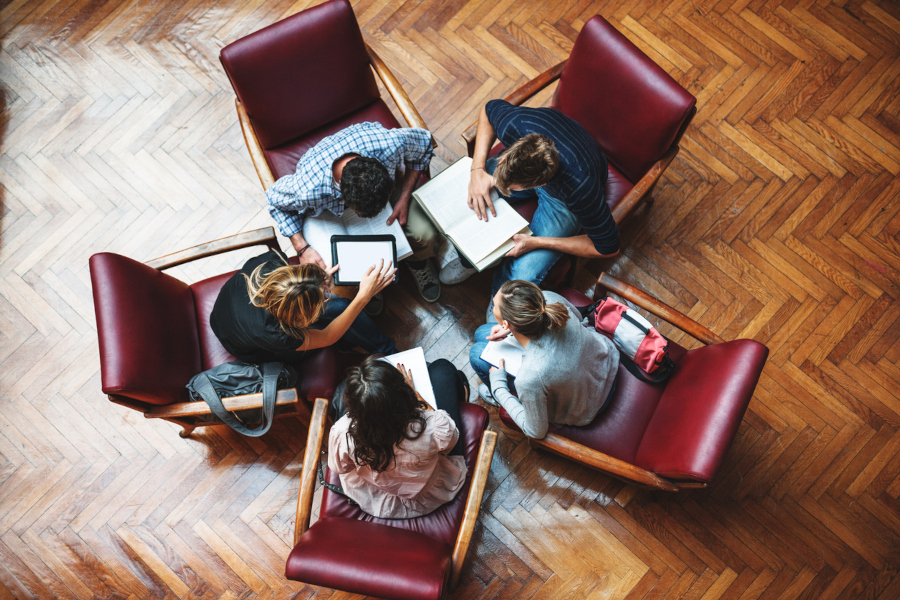 Trump went out, Biden came in, and less than 24 hours later I was already discussing federal litigation over Christian students’ rights on campus.

The Secular Student Alliance and American Atheists have together re-opened an old controversy and added a new one. They’ve filed suit against a Trump administration rule that gives legal protection to campus Christian organizations who require that their leaders agree with and support their mission.

As president of one of those organizations, Ratio Christi, I can tell you what I hope you already know: It’s a nonsensical request. Universities have no business telling student organizations who can lead their groups. If a university discriminates against a group for their beliefs, they ought to risk federal funding for failure to comply with the First Amendment.

The atheist suit, however, says the Trump administration had allowed “discrimination.” They call it “unfair, unlawful, and just plain wrong.… Discriminating against any students in the name of religion jeopardizes religious freedom for all students,” the suit says.

These atheists imply that by ensuring that public universities respect religious groups’ First Amendment rights, allowing them the same benefits as all other campus clubs, the Department of Education somehow allows religious groups to discriminate. Atheist suing call it “discrimination” when Christian clubs won’t allow anti-Christian students to serve as officers, even as student presidents.

We know the left would never apply this logic to LGBT or Muslim groups. Only Christian groups stand in their cross-hairs. Would you expect a vegetarian group to have anything but a vegetarian president? Should a Jewish group have a neo-Nazi president?

The Trump administration regulation serves everyone well. Indeed, it supports rather than subverts the mission of the university, which is the pursuit of truth. That can’t be done without the ability to engage in a diversity of viewpoints.

Most people don’t realize how bad it is in the echo chambers of college campuses (we’re already in new legal proceedings about every three months). Leftist privilege is pronounced on universities more than anywhere else. Christians are often the target.

A significant percentage of faculty claim to hold Marxist views. Many others absorb their ideas without careful reflection. Marxism on college campuses has now spread rapidly into pop culture. We always see it coming first on the front lines in the university, though. It flows from campus to culture. Where do you think “cancel culture” comes from?

Ratio Christi is a global Christian apologetics organization whose purpose is to defend the intellectual plausibility of the Christian faith on campus and explain how the Christian viewpoint relates to personal, vocational, and cultural aspects of life. We welcome anyone to join us, no matter what they believe. Like every other sane organization, though, we require that our leaders support our mission.

I’m all for encounters with non-Christians. Ratio Christi teaches believers how to make such interactions more rational and productive. I regularly have friendly, calm debates with public atheists. Indeed, I have even allied with some, in defense of free speech on campus.

Yet I do insist that we be allowed the same freedom of association, the ability to gather around shared beliefs, as every other citizen. Why are some atheist organizations afraid of that? Why can’t they live and let live? They’re supposed to be all about “tolerance.” So why are they asking Big Brother to micromanage our on campus clubs?

Isn’t it interesting that de facto monopolies such as Facebook and Twitter can discriminate based on viewpoints, banning even President Trump from posting? But Christian organizations can’t prohibit anti-Christians from serving as their leaders or can’t be free to believe what Christians believe without fear of being kicked off campus. Ironically, universities were largely founded by Christians. Also ironically — or perhaps not, since, they, too can believe in diversity of viewpoints — I’ve had one atheist group contact me to stand with us on the matters in the current lawsuit.

Holding Ground That Matters to All

As Paul said, “I appeal to Caesar” in this regard. That’s why Ratio Christi, with the help of the Alliance Defending Freedom, has filed a motion to intervene in this case. Our First Amendment rights of assembly are on the line. It’s not just us, though. The same goes for every other campus Christian group.

Christian campus groups had a nice four-year reprieve to catch our breath. It took less than a day for atheists to start up after us again under Biden. If you think this fast-moving, angry, anti-Christian energy won’t keep growing beyond the college campus, think again. Please pray. Help us hold the ground we have; we’re protecting ground that matters to you, too.

Corey Miller, PhD, is the President/CEO of Ratio Christi. He has served on pastoral staff at four churches and has taught nearly 100 college courses in philosophy, theology, rhetoric, and comparative religions at various places. He is also author or co-author of Leaving Mormonism: Why Four Scholars Changed their Minds (2017), Is Faith in God Reasonable? Debates in Philosophy, Science, and Rhetoric (2014), In Search of the Good Life: Through the Eyes of Aristotle, Maimonides, and Aquinas (2019), and Engaging with Mormons: Understanding their World, Sharing Good News (2020). He lives in Indiana with his wife Melinda and their three children.