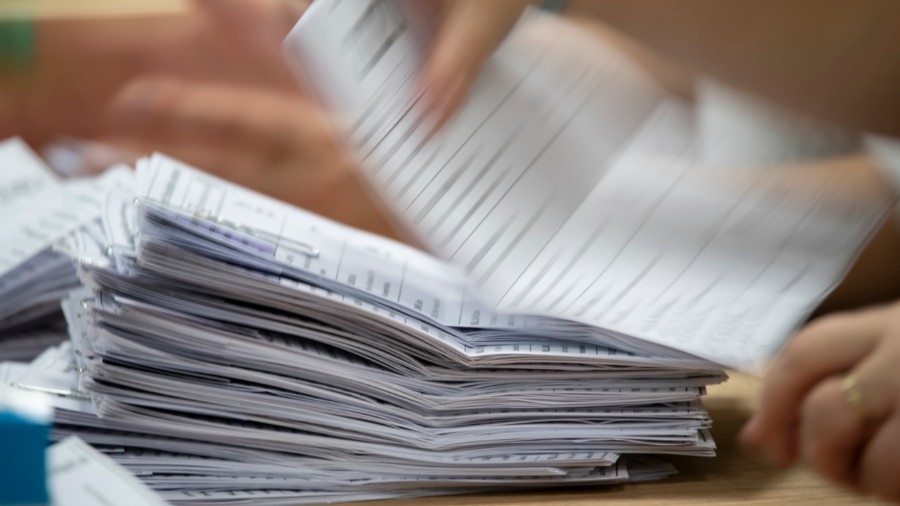 A little before 11:00 PM last night (November 3), in anticipation of Trump’s possible reelection, I started writing an article titled, “10 Things We Learned from the Stunning Trump Victory.” In the midst of the ongoing nail-biter race, we shall see if such an article will yet be published.

For now, though, we can say some things with certainty.

1) Once again, the polls got it wrong.

Nothing could be more self-evident, with so many polls getting so many states wrong (both for president as well as senators). As much as we were told that the pollsters had corrected their errors, they obviously had not. (See here for a glaring example.)

While these inaccuracies definitely seem tied to the Trump phenomenon, it will be quite some time before the pollsters will be trusted again, except for those which were accurate in both 2016 and 2020. As expressed by pollster Frank Luntz, “The political polling profession is done. It is devastating for my industry.”

2) There was no blue wave. Quite the contrary.

Rachel Maddow put it like this: “It’s been remarkable to see the stability not only between the 2016 and 2020 presidential map, but also in Congressional races and Senate races up and down. On either side, you’re not seeing — not only no wave, it’s like a pond where you drop in a rock and there’s no ripples.”

The GOP actually grained ground in the House and looks to hold its majority in the Senate.

This would indicate that there was neither a national repudiation of Republican policies nor an embrace of Democratic policies. As for the differences between the two presidential races, with Trump winning decisively in the electoral college in 2016 and, at best, hoping for a narrow victory now, the best explanation appears to be this: Americans turned against the person of Trump rather than the policies of Trump.

3) There is a massive crisis of trust.

This crisis has been building steadily during the Trump presidency. It has been fueled by: truly fake news; interference by the internet giants; mistrust in the government’s handling of the coronavirus; the exponential rise of conspiracy theories; Trump’s masterful way of creating distrust.

Now, with the president already calling the election a “fraud,” we are in a very precarious situation.

Let us hope that there will be a way to count accurately every legitimate vote and that the doubts and questions will be put to rest. As a people, we deserve nothing less.

4) If Trump does get reelected, it will be with God’s help.

I argued for this in 2016, and once again, it seems that this would be the case if Trump is reelected, given the array of obstacles against him and given the amount of prayer that went up to heaven in recent months.

As I posted on Facebook once the voting started, “In order to be reelected, Trump has to overcome: 1) An incredibly hostile media; 2) The internet giants; 3) The pandemic; 4) The lockdowns & economic downturn; 5) Massive social unrest; 6) Liberal academia; 7) A hostile Hollywood; 8) His own shortcomings. Without God’s help, I don’t see it happening. With His help, it’s easily done.”

Of course, this doesn’t mean that Trump has divine sanction for whatever he does. It simply indicates that there was divine activity to push him over, if that happens. As to my reflections on God’s potential purposes in doing so, stay tuned.

5) The economy has been a bigger factor than the virus.

As the New York Times reported:

As the country faces a dual national crisis — a monthslong pandemic and economic devastation — voters were deeply divided on what mattered more: containing the coronavirus or hustling to rebuild the economy, according [to] early exit polls and voter surveys released Tuesday.

Their opinion of which was more important fell along starkly partisan lines, with those who viewed the pandemic as the most pressing issue favoring Joseph R. Biden Jr. for president, while those who named the economy and jobs broke overwhelmingly toward re-electing President Trump.

6) Trump succeeded in increasing his Black and Latino support.

Of course, the data is just starting to come in, but even last night, headlines like this were appearing: “How Latinos in Miami-Dade County helped Trump win Florida. Biden needed to win big in Miami-Dade County. But Trump ate into his margins among Latinos.” And then this, posted already on November 2: “The Trump vote is rising among Blacks and Hispanics, despite the conventional wisdom. Perceptions of Trump as racist seem to be a driving force pushing whites away. Why is it the opposite for those he’s purportedly being racist against?”

The answer to this last question would seem to be that, when it comes to the person on the street, an increasing number of Blacks and Hispanics recognize that Trump, in fact, has done a lot to help them. Accordingly, they do not believe he is a racist. As for Hispanics in Florida, many of Cuban descent, they want nothing to do with socialism. Of course many supported Trump.

7) Charismatic prophets are about to be vindicated or humiliated.

A colleague of mine wrote a book documenting the many prophetic words that predicted a Trump victory in 2016, some of them delivered well before the primaries.

Throughout this year, as I have inquired among my charismatic, prophetic colleagues, virtually every one of them held steady, predicting a Trump victory, regardless of how dire things looked.

I checked in with one friend today, asking this if he remained sure of his prediction. He responded, “Yes,” and then added this: “There are no prophets I trust who have not also said Trump will win. I have felt confident in the chorus of mature prophets. Suppose he does lose, I would have no explanation for how everyone (including myself) missed it? Blaming it on the devil or fraud in stealing the election would seem immature or an excuse.”

I agree with this assessment. There has either been a spirit of mass deception poured out on these leaders (as in 1 Kings 22 in the Bible) or they will be proved right.

8) People of faith should keep praying and putting their trust in God for His desired outcome, whatever that may be.

As I just tweeted, “Of this we can be sure: if God has ordained a Trump victory, no amount of alleged voter fraud or dishonest tactics can overturn that. Let us continue to pray, ‘Your will be done,’ trusting that whatever His will is, He will bring it to pass.”

I rest secure in that, whether the next president is Joe Biden or Donald Trump.