With so many laws likely going into effect, Virginia is going to be ground zero for clashes between law enforcement and gun owners. 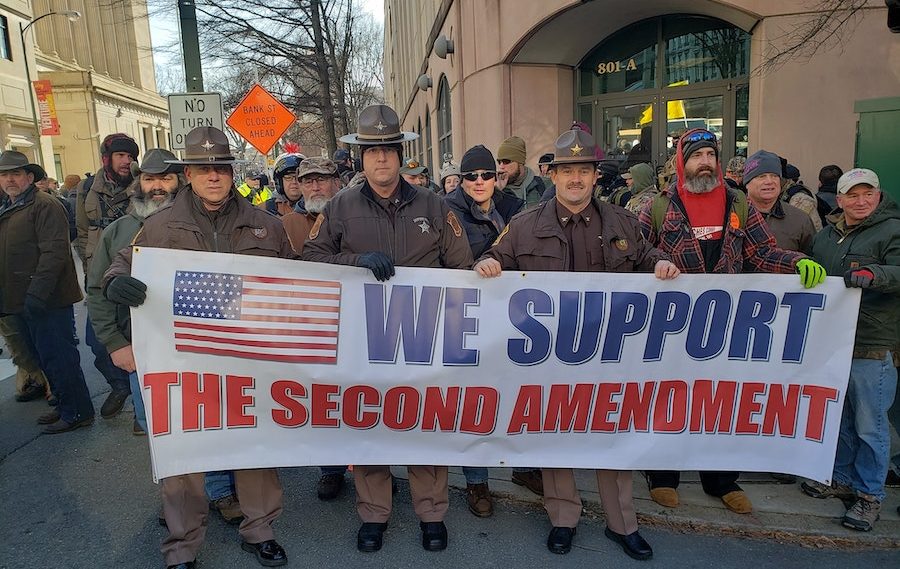 By Rachel Alexander Published on February 5, 2020 •

Virginia gun owners sounded the alarm last fall. They knew what would happen when the Democrats won majorities in the state House and Senate. A Democratic-controlled legislature would pass gun control legislation and the Democratic governor would sign it into law.

The Democrats Wasted No Time

Gun owners thought ahead. Almost every county in the state declared itself a Second Amendment sanctuary, vowing to ignore any new gun control laws.

They were wise to do so. Sure enough, when the new legislature took office in January, the Democrats wasted no time passing gun control laws. The Senate and House each passed six gun control bills. Governor Ralph Northam wanted eight.

One bill limits handgun purchases to one a month. Virginia had this law in place before, from 1993 to 2012. That bill was supposed to stop firearms from being trafficked to northeastern states that have strict gun control laws. It didn’t work. In the three years after it was repealed, ATF trace data found fewer firearms traced to Virginia than during the last three years the law was in place.

One bill would even make it a crime to transfer a gun temporarily to a friend or relative for sport or hunting.

Another bill institutes universal background checks on gun purchases, including private purchases. Even loaning a gun to a friend or relative for sport or hunting would be a crime. The lender could end up with a felony conviction and a prison term of up to five years. The recipient could end up with a year in prison.

Crime Victims Would be Penalized

Another bill would allow localities to ban guns in public buildings, parks and other areas. Another would penalize crime victims who fail to report theft of their gun within 24 hours to law enforcement. They could be fined up to $250.

The “red flag bill” would allow authorities to take guns away from anyone deemed to be dangerous to himself or others. Red flag laws do not allow the accused to defend him or herself in a hearing. A judge can order it without due process or notice. It grants the public officials civil immunity from lawsuits if they wrongfully seized the guns. Another bill would prohibit those subject to a permanent restraining order from owning a gun.

One senate bill would eliminate the ability of those applying for a concealed weapons permit to meet the training requirement by watching a video. This hurts people who live in rural areas where in-person training may be unavailable. And even worse, it could prevent someone who needed to get a permit ASAP due to fearing for their life from obtaining it quickly.

A house bill would eliminate Virginia’s firearm preemption law. It currently protects concealed permit holders from being subject to local laws whenever they travel through the state.

The chambers did not pass an assault weapon ban. The bill was withdrawn because the legislators did not believe they had the votes for it this year. The Senate Judiciary Committee also killed a bill that would make it a felony to “recklessly leave a loaded, unsecured firearm” in a way that endangers a minor.

The passed bills still need to be reconciled between the two chambers before they can become law. The Senate is more conservative on gun issues than the House, so some of the bills may stall there. But most will pass in some form.

Law enforcement joined gun owners in a 20,000 person rally on January 20 at the Virginia State Capitol to oppose the legislation.

Law enforcement joined gun owners in a 20,000 person rally on January 20 at the Virginia State Capitol to oppose the legislation. Members of the Grayson County Sheriff’s Office posted a photo on Facebook of themselves holding up a pro-Second Amendment sign at the rally.

Culpepper County Sheriff Scott Jenkins also said he will not enforce gun control laws that go against the Second Amendment. In fact, he found a way around them. “My intent was to swear in thousands of auxiliary deputy sheriffs and make it legal for them to possess the weapons that they’re trying to ban and restrict,” he told KMGH.

Where We Go From Here

Virginia Attorney General Mark Herring has said he intends to vigorously enforce the new gun control laws. Even when the laws are on the books, the laws still must be enforced.

With sheriffs around the state unwilling to enforce the law, police chiefs may end up enforcing them. Since they are appointed by mayors who are often Democrats, they may be ordered to enforce them. With so many laws likely going into effect, Virginia is going to be ground zero for clashes between law enforcement and gun owners.