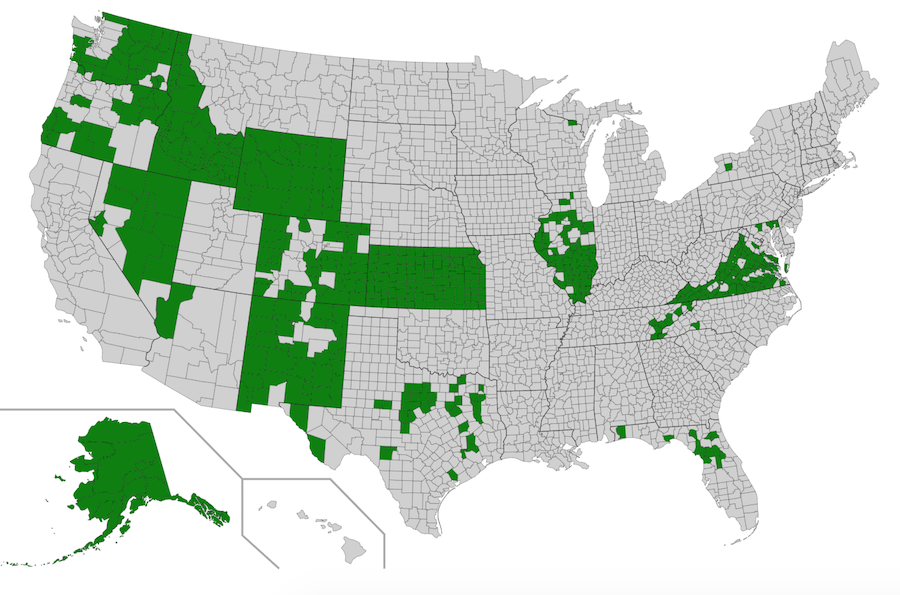 You’ve heard of sanctuary cities. Sounds great, doesn’t it? Cities that protect people. But who do they protect? Illegal immigrants from deportation or prosecution. They ignore federal immigration law. These cities undermine the federal effort to protect our country by guarding our borders.

But here’s a twist. Now cities and counties declare themselves Second Amendment sanctuaries. Conservatives have taken a page out of the progressive playbook. Localities pass resolutions vowing not to enforce gun control laws that violate the Second Amendment. They believe that many laws violate the Constitution’s clear language.

And increasing numbers pass these. It’s become a serious movement. Over 80 counties and cities across Virginia have adopted them. Because you now what? If the lawless progressives can do it, so can Constitution-loving conservatives.

Virginia is the latest state to see a bunch of these resolutions. The actions were taken in response to the November elections. Democrats will hold majorities in the state’s Senate and House of Delegates. Very reasonably, gun owners fear they will pass legislation restricting gun rights.

The Virginia Citizens Defense League has taken the lead creating these sanctuaries. Founded 25 year ago, the group’s website declares and “Guns save lives.” Its work is “Defending your right to defend yourself.”

However, most localities pass resolutions, not ordinances. Resolutions like this are not binding. They may not make a difference should the gun control legislation pass. Being a sanctuary city may turn out to be only symbolic.

The Rockingham County resolution is typical. The county will not use funds to enforce certain potential gun control measures. No universal background checks. No bans on high capacity magazines and assault weapons. Ignore red flag laws. The county will only enforce laws it thinks the amendment allows.

A clash would likely result in litigation with the courts deciding.

If the legislature tries to restrict gun rights and a city rejects the law,  they’ll only settle the matter in court. A clash would require litigation with the courts deciding. The city would lose. Virginia is a Dillon Rule state. Localities are prohibited from enacting anything state law does not give them to enact.

A city or county could choose not to enforce the laws. Or the sanctuaries could make enforcing the laws a low priority. Then state and federal law enforcement could step in to enforce them.

Not surprisingly, Democratic lawmakers don’t like this. They say local police who don’t enforce gun control laws should be prosecuted. They even want the governor to send the National Guard after them. Governor Ralph Northam says the localities could face “consequences for non-enforcement.” Democratic Rep. Donald McEachin says the state should cut off their funding.

Others effectively just roll their eyes. Larry Sabato from the University of Virginia Center for Politics says the resolutions are meaningless if they conflict with state law. Whatever a sanctuary city does makes no difference. If a city thinks the new laws violate the Second Amendment, it should take up the matter in the courts.

Larry Sabato from the University of Virginia Center for Politics says the resolutions are meaningless if they conflict with state law.

But are these Demorats really as law-abiding as they claim to be? Gun Owners of America calls Northam a hypocrite because he’s fine with sanctuary cities for illegal immigrants. In fact he  vetoed legislation to eliminate sanctuary cities. “Northam can’t have it both ways,” explains the group’s executive vice president. “He’s either for sanctuary counties or he’s against them.”

Yes to the Second Amendment

Back to Rockingham County. What did that county do? It said yes to the Second Amendment and no to any state law that denies it.

And it’s not just a small movement of conservative rural areas. It’s a real movement of people who want to defend the Constitution and their Constitutional rights. Almost 90 cities and counties across Virginia have adopted these resolutions. Before the November 5 election, only one county in the state had done that. From one to almost 90 in just a few months.

And it’s not just a movement in Virginia, facing a hard pro-gun control Democratic legislature. Hundreds of cities and counties across the country have adopted them. Especially in states with tough gun control legislation.

Other states have passed them preemptively. Former Democratic presidential candidate Beto O’Rourke said he wants to take people’s AR-15s away from them. Several localities in his native Texas passed Second Amendment sanctuary resolutions. They’re not taking any chances.

Other states have dealt with the threat in other ways. Some passed legislation prohibiting various levels of state government from spending funds to enforce gun control laws. They are Alaska, Idaho, Kansas and Wyoming.

Liberals may come to regret their sanctuary cities for illegal immigrants. It sounds like a great idea when it’s your favorite cause. Just say no to laws you don’t like. You don’t pay any cost for it and you get to shake your fist at Trump and those evil Republicans.

And conservatives can say they’re standing up for the Constitution itself. And doing it in the only way they can.