Are You Ready for the Question, ‘How Can a Good God Allow a Pandemic?’ 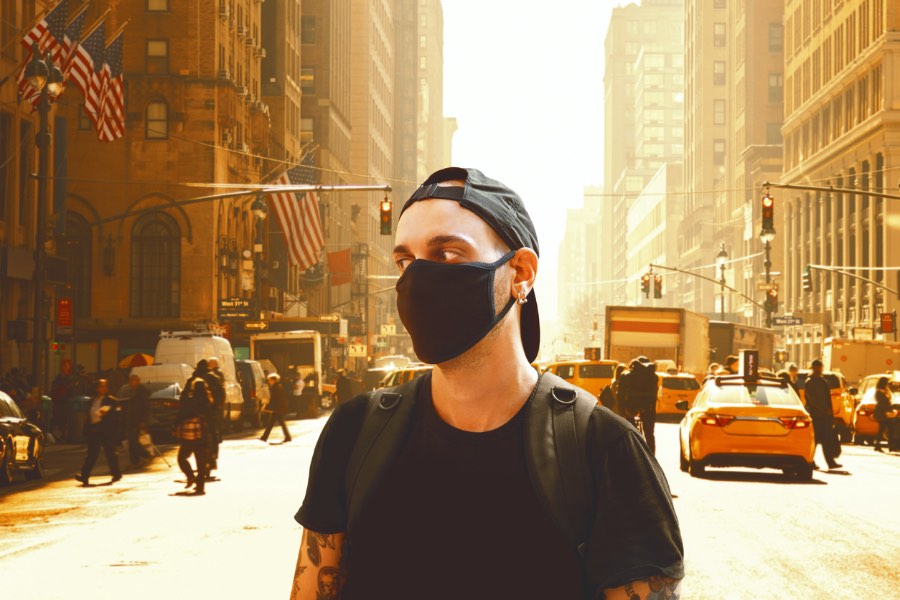 At last! You’re having lunch with a friend! We were all beginning to think that day would never come. But all is not fun and games, because your friend wants you to explain the horror we’ve just been through. “How could God have allowed the pandemic?” And he’s serious. He really wants an answer.

It isn’t because he’s trying to sort out his own life, after experiencing huge personal loss. (You’ve checked to be sure of that.) He’s genuinely wondering how a good God could allow something as destructive as the coronavirus.

He’s asked the question. What answer can you give?

You could resort to, “Well, you know, I read something about that on the internet back in March while all this was going on. I know it doesn’t mean God isn’t good, and it doesn’t mean He’s not in control, either.” You could say that, but don’t expect your friend to be very satisfied with it. The slang word “lame” was invented for just such an answer. Wouldn’t you rather be ready for the question?

Because I can assure you, a lot of us are going to hear it. We’re already hearing it — from teenagers in the home, to co-workers meeting on Zoom, to the people standing their carefully measured six feet behind us in the checkout line.

The Oldest Answer is Still a Good One

It’s one version of what theologians call the problem of evil: How can an all-good, all-powerful God allow evil and suffering? The question has been around since at least the Old Testament book of Job. The story we read there is instructive.

Job is a righteous man living a blessed and prosperous life. He doesn’t know that Satan is taunting God, saying that Job only follows the Lord because he gets a good life out of it. God gives Satan permission to destroy Job’s possessions, his children, his health, everything but Job’s own life, and his wife’s as well.

We’re biased. We think “good” means taking care of our security and comfort needs, and enjoying some pleasures along the way. We forget that “good” also means having true virtue and character.

Friends come, and offer all kinds of explanations for why Job was suffering so — mostly that he must have done something bad to deserve it. Job himself complains to the Lord, but he never breaks faith with Him. Neither Job nor any of his friends has any clue of what’s going on behind the scenes: the conversation between God and Satan, or the often-overlooked fact that God would use Job’s story to instruct and encourage billions of people across thousands of years. So they all get it wrong. They just don’t know.

Lesson One: We’re Not God

At the end, God breaks in, and in a long and majestic passage He tells Job exactly that: Job isn’t God, so He’s not going to understand everything God does.

That’s a great starting point for your answer to your friend: We’re not God, and when it comes to understanding why He does what He does, we’re at an infinite disadvantage. We might complain that God ought to make Himself and His ways easier to figure out, but that would be equivalent to asking God not to be God, or asking that He make us gods alongside Him.

Four Important Differences Between God and Us

So what does it mean in this case that we’re not God? Here are four things you can explain, as you and your friend finish your soup and sandwich.

That last one needs a bit more definition. The medieval Black Death, for example, killed up to one-third of Europeans. It had to have felt way, way more horrific than we’re going through this year. What the people couldn’t know at the time was how it would lead to a huge restructuring of Europe’s society, setting millions of serfs free, and establishing the middle class for the first time ever. (I for one still don’t know its effects in the rest of the world.) Other plagues have had other world-changing effects.

Partial Answers and the Major Point

Might that have been part of God’s purpose for them? Maybe; but still, who are we to say? Even if so, we’d still have only partial answers.

If there’s anything to be learned about suffering from the book of Job, that’s it: We’re not God, we were never meant to be, and we fall infinitely short on the job qualifications.

Partial answers are better than none, though. Still your friend may press the question: “That’s all well and good, but you still haven’t told me why God allowed all this pain and suffering in the first place, and why He doesn’t just take it away, if He loves us as much as you say.”

At this point you’d have good reason to say, “Well, at least I got that far, and that’s not bad!” Because getting that far is good. Still you’ll want to be ready in case he presses it further. We’re not quite done working on that here; I’ll have more to share on it soon.

In the meantime, make sure you’ve got today’s major point well in mind: God has reasons we need not understand, nor could we understand, because He alone is God. And that’s okay. We’re not supposed to be God.