Another Example of the Failure of ‘Progressive’ Religious Faith 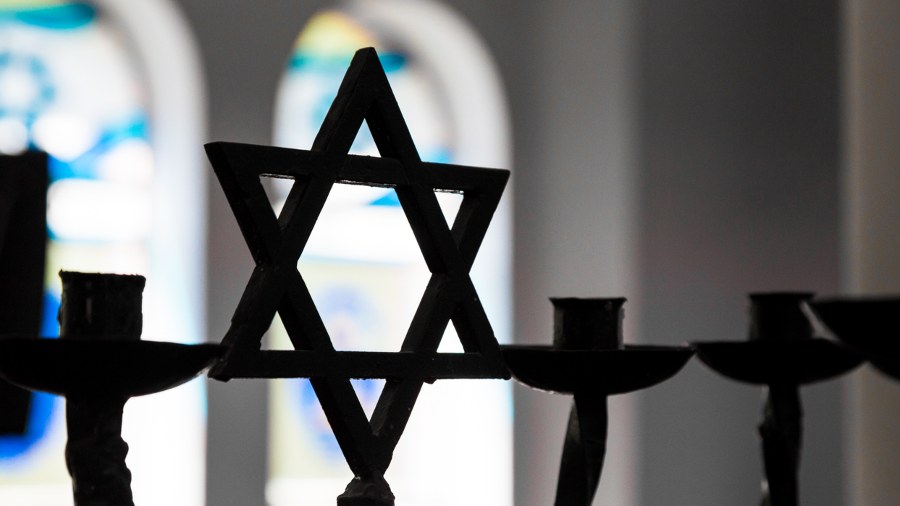 A recent poll surveying Jewish religious affiliation in America points once again to the failure of “progressive” religion. That’s because for a religious faith to overcome the obstacles and challenges of life in a secular world, it must offer real substance and it must be transferrable to the next generation. Failing that, it will quickly lose its adherents.

Why Commit to What You Aren’t Sure is Real?

Why bother going to church if you don’t believe what’s being preached? Why go to a prayer meeting or a Bible study if you’re not sure any of it is real? Why make a serious commitment to church life if you view committed Christians as radical extremists?

When it comes to Jewish expression, it is true that Reform Judaism, the “progressive” response to Orthodox Judaism beginning in Germany in the early 1800s, continues to have the largest number of Jewish adherents in America. But that is largely because American Jews are not that religious.

But with low birth rates, high intermarriage rates, and little resistance to the world’s strong secular tide, Reform Judaism cannot maintain itself in a multi-generational way.

In other words, as a Reform Jew, you can be nominal in your practice and skeptical in your faith while still maintaining your Jewish identity and your sense of connectivity to your people. You can also have a religious outlet for your liberal, social conscience, part of what you would consider to be your Jewish, prophetic calling.

But with low birth rates, high intermarriage rates, and little resistance to the world’s strong secular tide, Reform Judaism cannot maintain itself in a multi-generational way.

Assimilation in “Every Branch of Judaism” Outside the Orthodox

An article in the Washington Post discussing the results of the recent Pew Research poll stated:

Young U.S. Jews are far more Orthodox than their parents or grandparents, a major new poll of American Judaism finds, one attribute of a devout group that is changing and becoming more visible and confident.

Pew Research Center’s “Jewish Americans in 2020,” the biggest national study of Jews since 2013, said 17 percent of Jews under 30 are Orthodox, compared with 3 percent of Jews 65 and over and 7 percent of Jews aged 50 to 64. They are the product of high birthrates and, experts say, a more engaging and somewhat less isolated culture.

The first major survey of American Jews in more than 10 years finds a significant rise in those who are not religious, marry outside the faith and are not raising their children Jewish — resulting in rapid assimilation that is sweeping through every branch of Judaism except the Orthodox.

The intermarriage rate, a bellwether statistic, has reached a high of 58 percent for all Jews, and 71 percent for non-Orthodox Jews — a huge change from before 1970 when only 17 percent of Jews married outside the faith. Two-thirds of Jews do not belong to a synagogue, one-fourth do not believe in God and one-third had a Christmas tree in their home last year.

Obviously, as a Jewish believer in Jesus, I’m thrilled to hear that more of my people are open to the gospel (although the presence of a Christmas tree is hardly the proof of true faith in Jesus!). But, in the context of this article, the overall point I’m making is clear: Jews without a deep religious commitment (which they can obviously find in Yeshua, too) will soon be swept away with the tide of the world.

That’s why a 2018 article in the Forward, America’s oldest Jewish publication, announced, “Orthodox To Dominate American Jewry In Coming Decades As Population Booms.”

As for the specifics of the recent Pew report, it noted that, “about a quarter of U.S. Jewish adults (27%) do not identify with the Jewish religion: They consider themselves to be Jewish ethnically, culturally or by family background and have a Jewish parent or were raised Jewish, but they answer a question about their current religion by describing themselves as atheist, agnostic or ‘nothing in particular’ rather than as Jewish. Among Jewish adults under 30, four-in-ten describe themselves this way.”

It’s not difficult to surmise what will happen to many of the children of these non-affiliated Jews. In contrast:

Meanwhile, the two branches of Judaism that long predominated in the U.S. have less of a hold on young Jews than on their elders. Roughly four-in-ten Jewish adults under 30 identify with either Reform (29%) or Conservative Judaism (8%), compared with seven-in-ten Jews ages 65 and older.

In other words, the youngest U.S. Jews count among their ranks both a relatively large share of traditionally observant, Orthodox Jews and an even larger group of people who see themselves as Jewish for cultural, ethnic or family reasons but do not identify with Judaism – as a religion – at all.

Once again, this is no surprise at all.

What Intermarriage and Low Birth Rates Do to a Population

There is an eye-opening chart titled “Will Your Grandchildren Be Jewish?” which divides the Jewish world into five categories: Secular (meaning completely non-religious); Reform (which is quite liberal); Conservative (also liberal, but not as extreme); Centrist Orthodox (this is fairly observant and traditional); Hasidic/Yeshiva Orthodox (extremely observant and traditional).

The intermarriage rates across these five categories are listed at: 49%, 46%, 32%, 6%, and 6%, so this is one major reason for the vast difference in Jewish identity over the generations.

The Long-Term Effects of Commitment to Conservative Faith

Thus, “Based on current intermarriage rates and the average number of children per family, the chances of young, contemporary Jews having Jewish grandchildren and great-grandchildren, with the exception of the Orthodox, are increasingly remote.” (For further thoughts on these multi-generational, religious concepts, see my book Saving a Sick America: A Prescription for Moral and Cultural Reformation, Chapter Seven, “Having a Multigenerational Mentality: A Key to Rebuilding American Families,” from which some of the preceding paragraphs have been borrowed.)

A word to the wise is sufficient.

What Does the Jewish Community Want From Jewish Followers of Jesus?