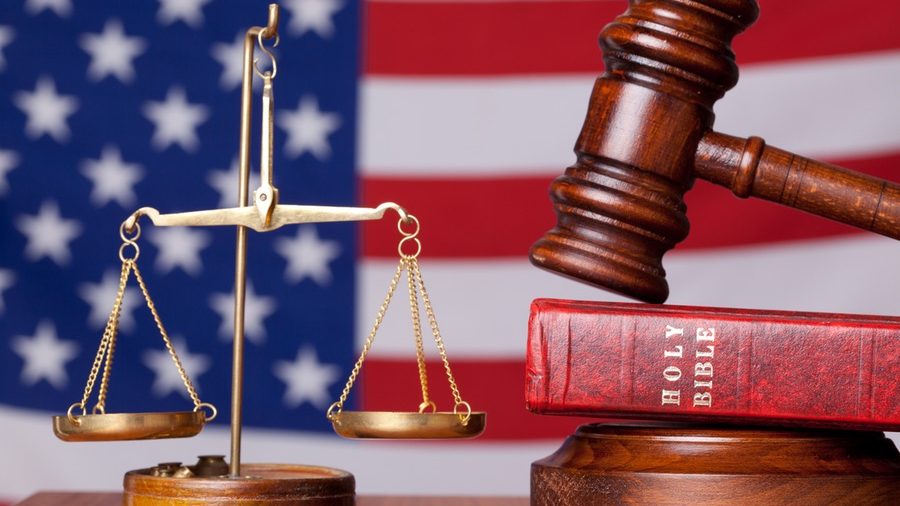 Writing for the Friendly Atheist blog, Beth Stoneburner took issue with my contention that a President Pete Buttigieg would “do his best to marginalize those who are convinced that [homosexual] relationships are contrary to the will of God.” She also claimed that “no one is trying to silence” me when it comes to speaking out on behalf of Christian conservative values. Are my fellow-believers simply paranoid? Are we manufacturing a crisis when none exists?

Little to Worry About?

According to Stoneburner, “No one is trying to silence Brown. He regularly publishes his bile on larger platforms, for goodness’ sake. He’s doing just fine. Somehow, right-wing believers survived eight years of President Obama but they can’t handle the possibility of a gay president.”

She added, “The fact that Brown is still spewing this nonsense without being arrested or thrown in jail or fined shows you just how little he has to be worried about. If only the people he condemned had the same luxury.”

It would have been better, of course, if Stoneburner had responded with reason rather than rhetoric.

For example, I never said a word about believers not surviving an out and proud gay presidency. I simply stated that such a presidency would contribute to the further moral decline of our society.

As for our survival, Jesus guaranteed that 2,000 years ago, saying that the gates of Hades would not prevail against the church (see Matthew 16:18). He also said He was with us always, even to the end of the age (Matthew 28:20).

So, if the church can survive all kinds of murderous persecution worldwide, right until this minute, ranging from radical Islamic terrorists to oppressive atheistic regimes, it can certainly survive a gay president. Obviously.

I also have no desire to see my political or ideological opponents arrested or thrown in jail or fined. When did I ever utter such sentiments?

But again, why deal with specifics and facts when it’s so much easier to demonize your Bible-believing opponents? Unfortunately, this only adds to the polarization rather than opening the door for a meaningful, candid discussion of our differences.

Still, I take Stoneburner at her word. I assume she meant what she wrote and that her rhetoric reflects her actual beliefs. In the interest, then, of setting the record straight, allow me to relate the following.

Yes, They are Trying to Silence Me

Contrary to her claim that no is trying to silence me, already in 2012, the gay activist group GLAAD put me on their “Commentator Accountability Project,” urging major media networks not to allow people like me on their shows.

That sure sounds like an attempt to silence our voices.

Also in 2012, the SPLC put me on their list of 30 New Activists Heading Up the Radical Right, seeking to defame me by linking me with neo-Nazis and other violent extremists.

Then, in 2014, the HRC added me to their list of “America’s worst globetrotting homophobic offenders.”

Not surprisingly, on a regular basis, Christian groups on university campuses have faced strong opposition when trying to bring me in for a talk or a debate. And not infrequently, those opposing my presence point to the SPLC’s misinformed attacks against me.

The fight is real and it is pitched.

Friends of mine have even lost their jobs because they held conservative Christian views, even though there was not one single complaint against them for discriminatory behavior. And on and on the list goes.

Already in 2011, a chapter in my book A Queer Thing Happened to America was titled, “Big Brother Is Watching, and He Really Is Gay.” There I noted that, “The really frightening thing is that it would be easy to write an entire book focusing on the subject matter of this chapter alone, and the book could be much longer than this present book — and this is one long book!” (The book is 700 pages long with 1,500 endnotes.)

Last November, Douglas MacKinnon spoke of “longstanding and ongoing discrimination against conservative, Republican and Christian thought.” Five years earlier, professors George Yancey and David A. Williamson documented the presence of “Christianophobia” in America. And shall I mention the absurd restricting of Prager U videos on various platforms?

The attempt to silence conservative voices, in particular, conservative Christian voices, is undeniable, and examples could be multiplied ad infinitum.

Then, last October, “the now-former Democratic presidential candidate Beto O’Rourke proclaimed that churches failing to toe the line on gay and transgender rights would lose their tax-exempt status in his administration” (quoting Prof. Andrew Walker in the National Review)?

No, Ms. Stoneburner, I am not making this stuff up.

Buttigieg Has Already Done It

As for whether a President Buttigieg would try to marginalize Bible-believers like me, what we do know is that he has already done that very thing. He has already used his campaign platform both to celebrate his homosexuality and to denigrate the Christianity of those who differ with him, including Vice President Pence.

Stoneburner writes that, “There is no reason to believe anything new will happen under a hypothetical Buttigieg administration that isn’t already happening due to public understanding of LGBTQ issues.”

Ironically (and quite unintentionally), she has hit the nail on the head. LGBTQ+ activism has already had a deleterious effect on society in many ways, some of them outright oppressive. We could expect more of the same — really, much more — with an out and proud gay president.

No fearmongering here, and, for the record, no paranoia. I plan to continue to speak out regardless of cost or consequences.

I’m simply sounding the alarm in advance. A word to the wise is enough.