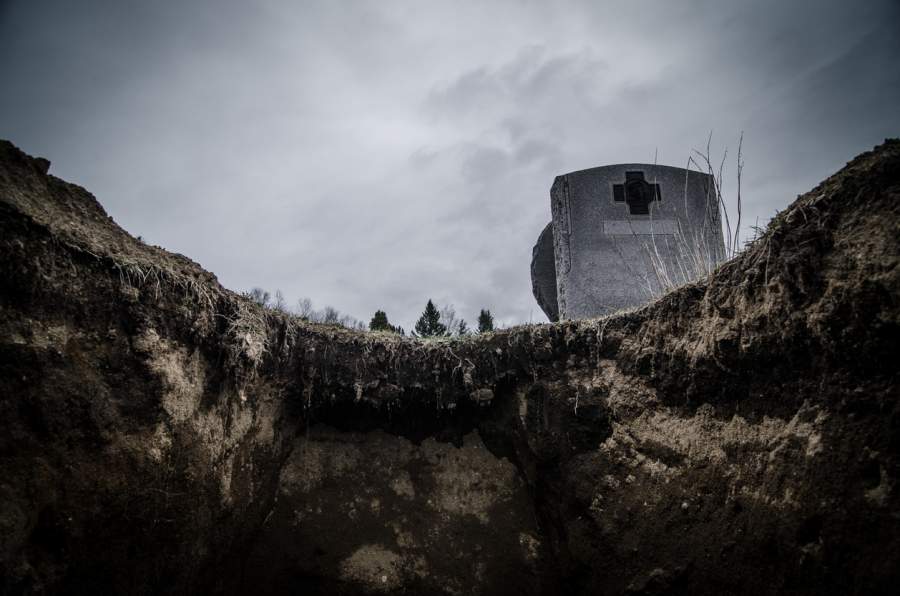 I’m not sure how many readers have friends or family members who might be considering voting for Biden. My friends are all to the right of me, so they’re not a problem. I do have a sister who loathes President Trump for intractable reasons. (He reminds her too much of our dad, and I can’t argue with that.) But she lives in New York state, where votes don’t mean very much. So there’s no point contesting things with her.

I kind of miss living in a state the Democrats will carry long after the heat death of the universe. It allowed me to vote my conscience — third party — instead of for candidates like George W. Bush or John “Bomb the Belgians!” McCain.

The Fence Is Too Ouchy to Sit on

But maybe you are still in regular contact with people who sit on the fence, politically. I can’t imagine that. It sounds too painful. Especially these days as the fence gets ever higher and spikier. It’s hard for me to put myself in the mental space that considers as rational options Joe Biden, Kamala Harris, and the Squad.

But that’s the point, isn’t it? They’re irrational options, but options nevertheless. Millions of people in America thought at some point that it was a good idea to “try out” crystal meth “just once.” Or Scientology. Each night to unwind I watch World’s Dumbest, to scoff at folks thought it best to slide down a mountainside on a sofa. Or hold up a liquor store in their underwear. Or put out cigarettes on their tongues. These people’s votes, it’s important to note, count as much as yours or mine.

If You Must Vote for Biden, Don’t Vote

Some people are so in the tank for the Democrats, so fevered by Trump Derangement Syndrome, that they’re unpersuadable. If you’re still linked to people like this, try to talk them out of voting in the first place. Use whatever arguments you think are likely to work.

Maybe: “You’re just legitimizing this racist system.” Or: “The Russians could morph every mail-in vote for Biden to two for Trump.” Or even “White supremacists like Candace Owen might shoot up the polling place.” Customize your treatment depending on each patient’s symptoms.

The Protocols of the Elders of Jamestown

What about people who are actually reachable? Maybe you can’t convince them that Orange Man isn’t Bad. Or that the Democrats have opened the gates to every crackpot leftist ideology and fringe group, with absolutely no filter. Or that America wasn’t founded as a secret racist conspiracy in 1619, as it says in The Protocols of the Elders of Jamestown. Treat whatever media-spawned myth possesses your friend as a bomb you need to disarm. You don’t go straight for the Semtex, but look for the little wires that connect it to the detonator.

So I’d like to lay out here just one key question for Democrats that is absolutely unanswerable. We know that, because no Democrat is willing to answer it. Instead they just change the subject, shout “What about Trump’s last tweet?” then run out of the room. I’ll add some follow-up questions that twist the knife just a bit.

Remember that your goal here isn’t to make your Democrat friend into a gung-ho Trump voter. It’s to plant enough legitimate, rational doubts in his mind. To take the edge off his enthusiasm. To demoralize and dispirit him, so he loses the enthusiasm to turn out and vote for Biden. Along with all those down-ballot Democrats whose leaders have promised to abolish the filibuster, open the borders to 20 or 40 million new low-skill immigrants, and make Guantanamo Bay a state with two Muslim Democrat senators.

On the face of it, that’s gallows-comedy gold. I’m old enough to remember March 2020. That’s when Cuomo was boasting that New York had more COVID infections because it’s so welcoming of immigrants, legal or illegal.

The Democrats have repositioned themselves as the party of contamination phobia. “Vote for us or your kids will die slowly and hideously,” is its new, focus-grouped slogan. A big hit with soccer moms.

That was before the memo went out from George Soros, Pope Francis or President Xi, “No, this is serious. Use it to crash the economy and win in November.” It was back when Nancy Pelosi was still inviting people to Chinatown, Joe Biden was still bashing Trump’s travel ban, and New York Mayor De Blasio was literally the last New Yorker at the gym.

Vote for Us Or Your Kids Will Die Hideously

Since then, the Democrats have repositioned themselves as the party of contamination phobia. “Vote for us or your kids will die slowly and hideously,” is its new, focus-grouped slogan. A big hit with soccer moms who make their kids wear helmets in the bath tub.

Don’t underestimate the political genius here. Political scientist Jonathan Haidt has shown persuasively that aversion to contamination is a major psychological motivator on the Right. We are the people usually trying to keep out dangerous viruses, biological or political. We worried about leftist infiltration of the government in the 50s, the universities in the 70s, and the churches in the 90s.

And we were right on every count, for whatever that’s worth. We were the ones who shouted for the bathhouses to be closed down during the AIDS crisis, while the left shouted “Love is love!” We think admitting Islamists, Chinese spies, and MS-13 to the U.S. is a bad thing. That not all forms of Diversity add up to Strength.

But when it came to COVID, in order to crash Trump’s economy, the Left stole our songbook. And the virus panic party might very well win. But here’s where my killer question (if you’ll pardon the expression) comes in.

Why’d You Kill All Those Veterans and Grandparents?

Why did Democrat governors dump COVID patients on nursing homes, when they had plenty of empty hospital beds?

Andrew Cuomo has never answered this question, because no reporter has asked it. Neither has Pennsylvania Governor Tom Wolf. Or California Governor Gavin Newsome. Or New Jersey Governor Phil Murphy. The press have danced around the piled-up corpses in the room.

Media have let these governors preen as anti-COVID warriors, smash up small businesses, shut down churches, ban Trump rallies, but make exceptions for Antifa/BLM riots. At each turn, the MSM gave political cover for a dizzying series of self-contradictory and hypocritical decisions, each one driven by naked electoral politics. I could spend 40,000 words detailing all of them.

I won’t. I just want the answer.

Why did these governors decide to inflict a deadly virus on the most vulnerable citizens in their states? Why dump this slow death on grandparents and veterans, locked inside with no visitors, no clergy, no single face of mercy or care except the masked face of a nurse a few times per day? Why mass cremate them like euthanized dogs and cats at the city pound?

I just want to know why.

How would Andrew Cuomo, the poster boy for Democrats COVID policy, explain his lethal decision to the sons and daughters of the old people he killed? Why haven’t hundreds of them been picketing his home every day, demanding it? Why have no “journalists” questioned him on it?

Why hasn’t he at least said that he’s sorry?

If your Biden voter friend isn’t haunted by these questions, maybe you need better friends.