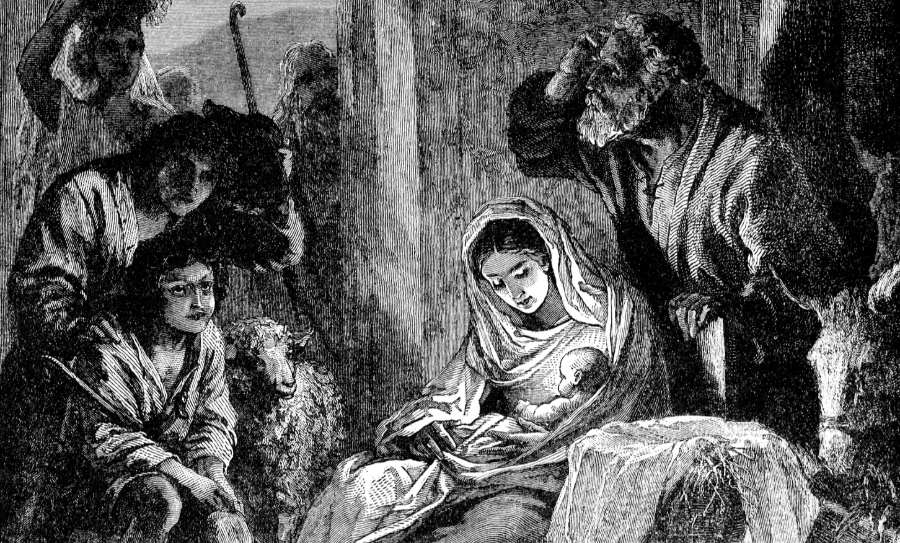 I suppose it’s a kind of privilege, of the kind one never asks for:

We now live in times of an uncanny similitude to the very first Christmas in history. We’re ex-citizens, now subjects, of a once-great and free republic. Wealth, corruption, and luxury bloated it into an empire. We are ruled by a senile reprobate no better than Tiberius, whose lucid intervals yield tyrannical mandates for local Herods to enforce on various innocents. Those who defy his dictates face a winter of “severe illness and death.”

Our religious leaders, mostly, ape the Sadducees of the Temple, who truncated the Law, denied the afterlife, and carefully flattered Caesar. The ruler of my own church, Pope Francis, has taught that every Catholic is obliged to profit from abortion by taking the COVID vaccine. “It was Caiaphas who had given counsel to the Jews that it was expedient that one man should die for the people.” (John 18: 14)

Meanwhile our fellow citizens throw away their liberties with both hands, tossing their ancestors’ birth-right, hard won in rebellion and war, like fake doubloons on Mardi Gras. The same judges who rule that our Constitution so protects our privacy that it licenses abortion … would have the hostess at TGI Fridays demand our vaccine passports. Germany, which my father helped General George Patton to liberate, now locks down its citizens and flouts the Nuremburg Code.

So does the rest of the West, where governments force experimental treatments into our bodies without our free consent. Our unhinged medical establishment embraces Dr. Mengele’s medical ethics, demanding hundreds more organs from unborn babies for COVID research. Meanwhile, our hospitals deny cheap, safe life-saving treatments, obedient not to Hippocrates but to Fauci, Pfizer, and China. Our elites won’t let us rest until we’re lining up to beg Leviathan for fresh injections every three months, whipped up to eye-rolling panic by sanitized, centralized media.

Can We Still Listen to the Hymn?

To look at all this without flinching and write the truth each day takes its toll, my friends. This Advent in particular I have stumbled like Frodo through Mordor. Remember the scene in The Return of the King where he looks up at Sam and says:

I can’t recall the taste of food, nor the sound of water, nor the touch of grass. I’m naked in the dark. There’s nothing — no veil between me and the wheel of fire. I can see him with my waking eyes.

It’s especially hard to hear my favorite Christmas hymns. For instance, “O Holy Night.” There’s no other song so poignant, heartfelt, and true about what Our Savior has meant to mankind.

How Weary the World

But this year? As soon as the singer reaches “the weary world rejoices” I break down sobbing, and have to stop listening. Never before have I realized just how weary the world can leave us. I’m huddled with Jeremiah as he watches Jerusalem crumble.

That infant King in the manger sleeps at the very eye of this storm. His coming in the flesh is the only proof that human life is sacred — not cheap as it seems to the pagans, who piled high their unwanted babes all along the walls of Rome. His pierced hand, outreached to our hearts, is what licenses our freedom. If He would be our friend, then each of us must have dignity, beyond and above the Collective. (“He appeared and the soul felt its worth.”) Christ never called termites “friends.”

In the darkest times, like these, the tenderness and delicacy, the very beauty and goodness that blaze forth from the Virgin and Child can sear your soul, not console it. They remind us of what is threatened, warn us what might be lost: a civilization, and laws, and art, and a whole mode of living built around the truths that Jesus revealed to us. All tottering, it seems, on the brink of a vast abyss of lies spoken through dirty masks, enforced by bayonets and bullhorns. (“Chains shall He break for the slave is our brother; / And in His name all oppression shall cease.”)

If God has led us this far, to find the manger in Bethlehem, will He not grant us the strength to trust that Herod can’t hunt it down? I wonder sometimes. What a dubious privilege it would be, to have the Faith to love Jerusalem and mourn her, but lack the Hope that promises her renewal and restoration.

Only He can give us that, the child who sleeps in the Virgin’s arms. Let’s pray that He does, each night and each day, as each of us staggers under the weight of his cross, his Ring. As every natural support falls away, let us fix our eyes on Him.