A Sober Assessment of the State of America and the World 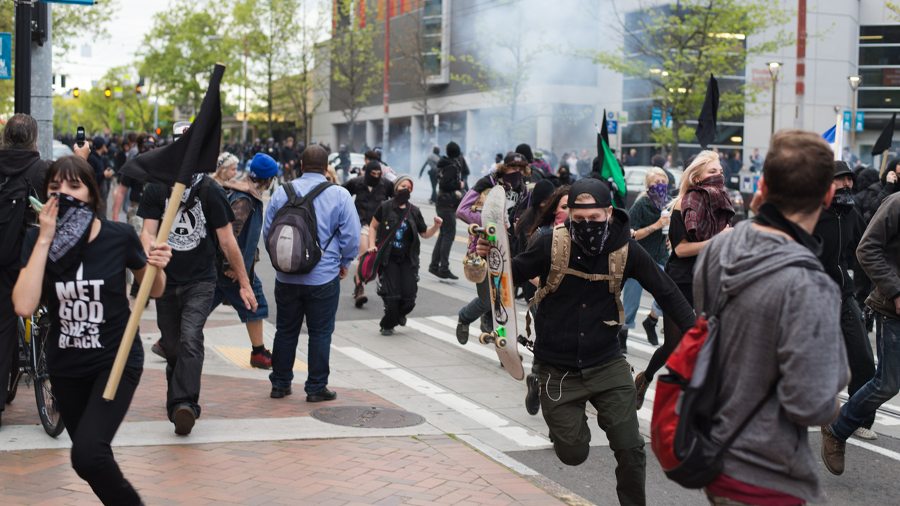 Are we living in the last moments of human history? Is the whole world about to explode? Has America ever been in a worse condition than it is now?

Certainly, we are living in chaotic times, times of trouble and upheaval. But how bad are things, really? How dire is the condition of the world?

There is a mindset that C. S. Lewis called “chronological snobbery” which he defined as “the uncritical acceptance of the intellectual climate of our own age and the assumption that whatever has gone out of date is on that count discredited.” In other words, if it’s newer, it must be better.

But are things really that simple? Can we make such blanket statements?

Are Our Feelings About How Bad Things are Aligned With Reality?

Andrew Klavan, who was born in 1954, was describing his early days with the Daily Wire team, which included much younger men like Ben Shapiro and Michael Knowles.

Klavan wrote, “sometimes the younger guys would say things like, ‘This is the most divided era in American history,’ and I’d say, you know, between the ages of ten and fourteen, I saw the president of the United States murdered by a Communist, his senator brother murdered by a Palestinian and the greatest civil rights leader of the age gunned down by a racist pornographer. To me, things look pretty chill. I think that was useful to keep the rhetoric in check and align our feelings with reality.”

Of course, it’s easy to think that America is the worst it’s ever been. Doesn’t it often feel like that?

Still, as Klavan said, we need to “align our feelings with reality.” How bad are things, really?

Some Things are the Worst They’ve Ever Been

On the other hand, other things are better than they’ve been in decades, such as the strength of the pro-life movement, from the overturning of Roe v. Wade to the passing of pro-life legislation in state after state. And despite the racial tension we’re living with, things are certainly far better today for black Americans than they were prior to 1964, let alone prior to 1865.

It’s true that we’re having serious economic struggles. But Americans today, on average, live in far more luxurious conditions than did previous generations, and we’re nowhere near the times of the Great Depression.

And despite the deadly uptick in certain drug overdoses and the legalizing of pot, illicit drug use is lower today than in past decades, as is violent crime. (The murder rate in big cities is back to where it was 25 years ago, but again, that just means things have been really bad before.)

As for being a divided nation, which we are, we are nowhere nearly as divided as we were immediately before and after the Civil War.

Even our colleges and universities, many of which had strong Christian foundations and most of which have swung far to the left, have had bad days before. As revival historian James Edwin Orr noted in one of his lectures, after the Revolutionary War, America experienced a period of spiritual decline.

Spiritual Decline After the Revolutionary War

Things got so bad on some of our campuses that not a single professing Christian could be found at Harvard, which was founded for the glory of God. At Princeton, only two believers were found and only 5 students who did not belong to the filthy speech movement.

Students rioted on some campuses and, on one occasion, took a Bible from a church and burned it. Orr even states that Christian students were so few on some campuses that they met in secret and recorded their meeting notes in code lest they should be discovered. This really happened in our country! (I strongly encourage you to take 25 minutes to watch this old lecture by Dr. Orr. He also mentions how Thomas Paine joyfully repeated Voltaire’s words that Christianity would be forgotten in 30 years.)

A Time of Relative Peace

As for the state of the world today, we are actually living in one of the more peaceful times in history, despite Russia’s ongoing war with Ukraine. Just compare things today with the worldwide upheaval and massive loss of life during World Wars I and II. Or consider the tens of millions of lives snuffed out due to the policies of Stalin and Mao.

Even in the Middle East, Israel has friendlier relations with more of its neighbors than at any time since its reestablishment in 1948.

To be sure, the whole world is like a tinder box ready to explode. And there is more potential for some kind of global government than ever, not to mention a potentially catastrophic “Great Reset.”

On the other hand, the gospel is spreading through the nations at an unprecedented rate, and the church is experiencing its greatest growth in history.

To borrow the words of Dickens, these are the best of times and the worst of times. These are times for great concern and great hope.

These are times of great shaking, of powerful spiritual outpouring and of intense demonic activity.

These are critical times in which the scales could tip either way, quite dramatically and suddenly, in the days ahead.

Let us be vigilant. Let us be active. Let us seize the moment.

Let us use these times for the glory of God. These are the only times we have.