Staying on Mission: A Lesson From the Pentecostal Charismatic Movement 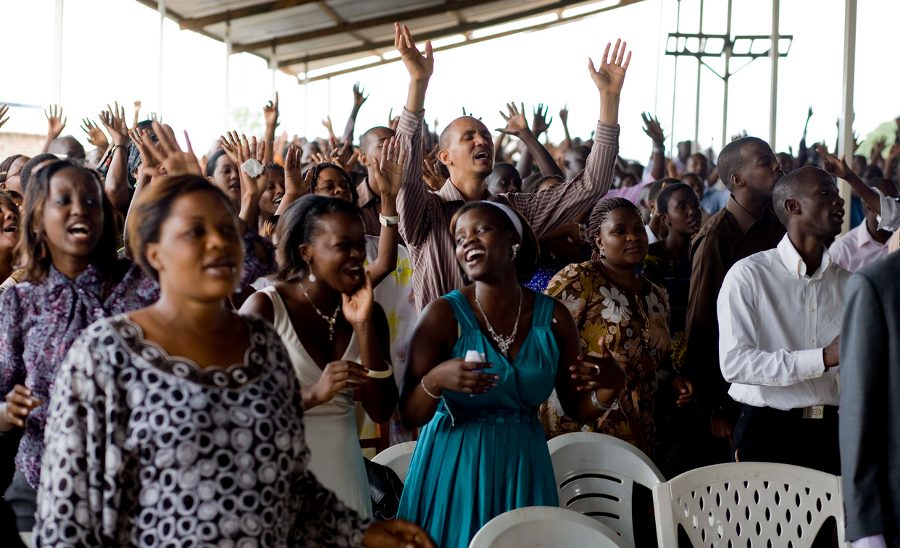 How do we explain the unprecedented, massive, worldwide growth of the Pentecostal-Charismatic Church? And what can all Christians learn from this spiritual phenomenon?

For some believers, this is an odd question, since they associate Pentecostals and Charismatics with aberrant spiritual practices and unbiblical, deviant teachings. Why would they want to learn from this group?

The reality is that aberrant practices and unbiblical teachings reflect the “chaff” of this worldwide movement (to use a biblical term, in contrast with “wheat”), just as dead traditionalism, spiritual dryness, and religious hypocrisy mark the “chaff” of other parts of the global Church. Each group has its strengths and its weaknesses. And while it is easy to focus on the many weaknesses of the Pentecostal-Charismatic movement, the whole Church would do well to learn from its strengths.

A Driving Force Behind the Global Spread of Faith in Jesus

To put this in context, according to Allan H. Anderson, Emeritus Professor of Mission and Pentecostal Studies, at the University of Birmingham, England (and writing in 2013), “Worldwide the number of Christians has doubled in forty years, from 1.1 billion in 1970 to 2.2 billion in 2010. In Africa, it was estimated that Christians exceeded Muslims for the first time in 1985, and Christians are now almost the majority — a phenomenon so epoch-making that Lamin Sanneh describes it as ‘a continental shift of historic proportions.’ There are now over four times as many Christians in Africa as there were in 1970 and almost the same is true in Asia, while the Christian population of Latin America over this period has almost doubled.” (From his book To the Ends of the Earth: Pentecostalism and the Transformation of World Christianity, published by Oxford University Press.)

Only by changing the hearts of individuals can the nation be changed, and those hearts will only be changed when the church gets back to its mission.

What is the driving force behind this extraordinary growth? It is the Pentecostal-Charismatic movement.

As Anderson writes, “Pentecostalism has experienced amazing growth from its humble beginnings with a handful of people at the beginning of the twentieth century to some half billion adherents at the end of the century.”

To what can this growth be attributed?

The Holy Spirit Connected to Power to Be Jesus’ Witnesses

“There are many reasons,” writes Anderson, “but perhaps the most important is that it is fundamentally an ‘ends of the earth,’ missionary, polycentric, transnational religion. The experience of the Spirit and belief in world evangelization are hallmarks of Pentecostalism, and Pentecostals believe that they are called to be witnesses for Jesus Christ to the farthest reaches of the globe in obedience to Christ’s commission. And they have been remarkably successful. They have contributed enormously to the southward shift of Christianity’s center of gravity and provided a powerful argument against the inevitability of secularization.

As Prof. Gerald McDermott explains, “Part of the DNA of Pentecostalism is the imperative to share their gospel.  This evangelistic drive causes Pentecostals to cross boundaries — both geographical and ecclesial — to share their joy and Spirit. It is no wonder it has migrated so quickly around the world” (from his forthcoming book The History of Redemption, to be published by Baker Academic).

Yes, says Anderson, “Pentecostalism is above all else a missionary movement,” and thus, the Pentecostal emphasis on the receiving the power of the Spirit “is not just a mystical experience.” Instead, it is the belief that “the power they receive through the Spirit is to evangelize all nations and so glorify Jesus Christ. It is estimated that Pentecostalism had reached fifty different nations within the first decade of its existence” (my emphasis).

This is a staggering figure, especially when we consider international travel conditions in the early 1900s coupled with the fact that the early Pentecostals had little financial backing and virtually no denominational support.

But this is what happens when believers have a fresh encounter with the power of the Spirit, an encounter that is connected to a divine imperative to share the good news. As Jesus said, “You will receive power when the Holy Spirit comes on you, and you will be My witnesses” (Acts 1:8).

Our Priority Must Be Gospel Outreach First

And so today, as America staggers and Europe, with rare exception, continues to lose its way, it is imperative that the church gets back to the basics. That means back to the Bible (as opposed to hollow preaching designed to tickle itching ears). Back to the power of the Spirit (as opposed to earthly, entertainment-oriented substitutes). And back to reaching out to the lost (as opposed to turning our churches into glorified social clubs).

We must stay on mission, and that means refocusing on missions, both locally and globally. That is an initiative that is backed by God as much as it is birthed by God. After all, Jesus already paid the price for our sins, shedding His blood for the whole world, which expresses the depth of the Father’s love for the whole world. The only thing left is for us to share the good news.

As Dawson Trotman, one of the great soul winners and disciple makers of the last century said, “World vision is getting on your heart what has always been on God’s heart.”

Or in the words of 20th century missions leader, Oswald J. Smith, “The church that does not evangelize will fossilize.”

Let us learn from the strengths of the Pentecostal-Charismatic movement and refocus on the Great Commission. (For those Pentecostals and Charismatics who’ve gotten off mission, it’s time we reconnect with our roots.)

Political involvement has its place, as does social engagement. All of this matters too.

But our priority must be the gospel first, meaning, outreach first. Only by changing the hearts of individuals can the nation be changed, and those hearts will only be changed when the church gets back to its mission.

A Friendly Word to My ‘Cautiously Charismatic’ Colleagues