A Major Scientific Study Confirms What We All Knew: Men are Different From Women 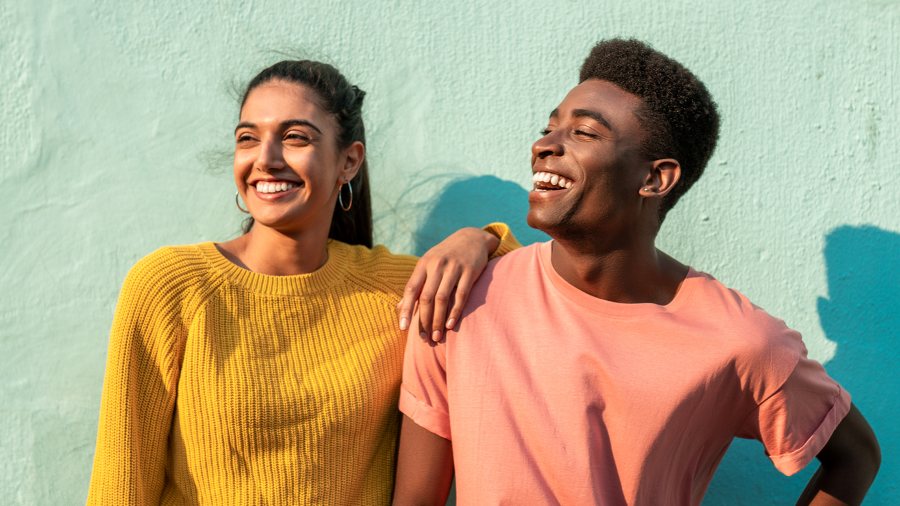 Every so often, a moment of sanity prevails in our culture, quite unintentionally. At such times, reality hits home, and most people don’t even notice it. But that’s exactly what happened with the announcement of the findings of a major scientific study. For a split second, reality overtook ideology, as left-leaning journalists shared the results of this study without thinking through the implications.

I’m referring to the news, first reported widely on Fortune.com that “Women are more empathetic than men, study of hundreds of thousands of people finds—at any age and in any country in the world.”

In response I tweeted sarcastically, “A major new study has revealed that ‘women are more empathetic than men.’ This leads to two startling revelations: 1) there is such a thing as women and men. 2) there are real differences between women and men. What do you know!”

Yes, presupposed in this major international study, which involved 300,000 participants, is the fact that there is such a thing as males and females. They really exist, and their existence can be defined, despite efforts to make “woman” (and, by extension) “man” undefinable. (Think of Justice Ketanji Brown Jackson’s now infamous answer to the “What is a woman?” question, and see Matt Walsh’s “What Is a Woman?” documentary.)

Without this presupposition, namely, that there is such a thing as women and men, the study would have no meaning. In fact, it would be impossible even to conduct the study. Otherwise, all we would have is the difference between humans and humans. That’s it!

We could not report on differences between women and men, since sex and gender are merely what we perceive them to be. Instead, we would have differences between humans, and the results would be, “On average, certain humans are more empathetic than other humans.”

It would be like doing a major survey comparing the health of taller people (let’s say people 6 feet tall or more) to shorter people (here, under 6 feet tall). The only way it could work would be if height was definable and tangible. But if my height was whatever I perceived it to be, so much for the study. It would have no meaning or purpose at all.

It’s the same with differences between the sexes. If sex (and, consequently, gender) is whatever I perceive it to be, then scientific studies like this are worthless. After all, if I’m a biological male who identifies as a female, then I have undermined the whole premise of the study.

How, then, did the makers of this health study craft their questions so as to get tangible, substantive answers?

‘Your Biological Sex Assigned at Birth’

When you click on the test itself, conducted under the auspices of the University of Cambridge, you are asked a series of background questions, beginning with, “What is your age?”

This reminds us that “age” is not a matter of perception, even if we feel younger or older than our actual years. Our age is identifiable, going back to the year we were born. That is a fact.

The second question is: “What was your biological sex assigned at birth?” What do you know!

Despite the use of radicalized leftist language, as if your sex was arbitrarily assigned to you at birth by the doctors and nurses, the survey must ask for biological reality. Otherwise, to repeat, the survey has no meaning at all.

Quite tellingly, in today’s upside down culture, you can’t simply ask, “What is your sex?” Instead, you need to ask what was written on your birth certificate when you were born. Your actual, biological sex matters!

Even so, the survey listed the options of: “Male; Female; Intersex; I prefer not to say; I do not know.” (Are we really supposed to believe that some people do not know if they were born male or female? We’re not talking here about the very real biological category of Intersex, where there is potential ambiguity.)

They Still Asked About Gender Too

Not surprisingly, given the madness of our woke society, the next question asks, “What is your gender?”

Here the choices are more expansive (but of course!): “Female; Male; Transfemale; Transmale; Non-binary; Other; I prefer not to say; I do not know.” (Enough said. I don’t need to make any commentary here.)

What is remarkable, though, is the test results page (I took the test to see how I scored).

Those categories no longer exist, displaced by differences between “females” and “males,” and that information was gleaned in question 2: When you were born, what was your biological sex? That’s what really matters.

Later, the test results page explains that, “On average, more men than women have a Type S brain type and more women than men have a Type E brain type. It is suggested that these brain types are caused by genetic and prenatal hormonal levels (2,3), as well as by environmental factors.”

Accordingly, the Fortune.com article reported that, “Females, on average, score significantly higher in cognitive empathy scores than males regardless of nationality, language spoken, and age, a massive new study published on Monday in the journal PNAS found.” And the 250-word abstract of the study references “females” 8 times — without qualification or equivocation.

Accordingly, David Greenberg, a psychologist and social neuroscientist at Israel’s Bar-Ilan University and lead author on the study, commented, “Our results provide some of the first evidence that the well-known phenomenon—that females are on average more empathic than males—is present in a wide range of countries across the globe. It’s only by using very large data sets that we can say this with confidence.”

Interesting How CNN Reported This Story

My wife Nancy saw this reported on CNN in the most matter of fact way, with both the CNN newscaster and the doctor brought in for commentary seeming to forget that is bigoted and transphobic to speak of differences between women and men. In the words of NARL (the National Association for the Repeal of Abortion Laws), “We use gender neutral language when talking about pregnancy, because it is not just cis-gender women who get pregnant.” But of course. And men can menstruate too. All clear!

As I wrote in 2017 (with reference to “menstruating men”), “There is an all-out war on sexual difference (often referred to as ‘gender’), and if it wins the day, it will lead to societal chaos.”

That chaos is already here, growing by the day. But for a moment this week, quite unintentionally, reality crept back in and sanity prevailed as news outlets reported the simple, verifiable (and, widely known) fact that women, on average, are more empathetic than men.

Men and women do exist, and there are differences between the two.

What do you know?

How ‘Gender Confirmation’ Surgery Confirms There are Only Two Genders

A Heartfelt Thank You to My Atheist Readers