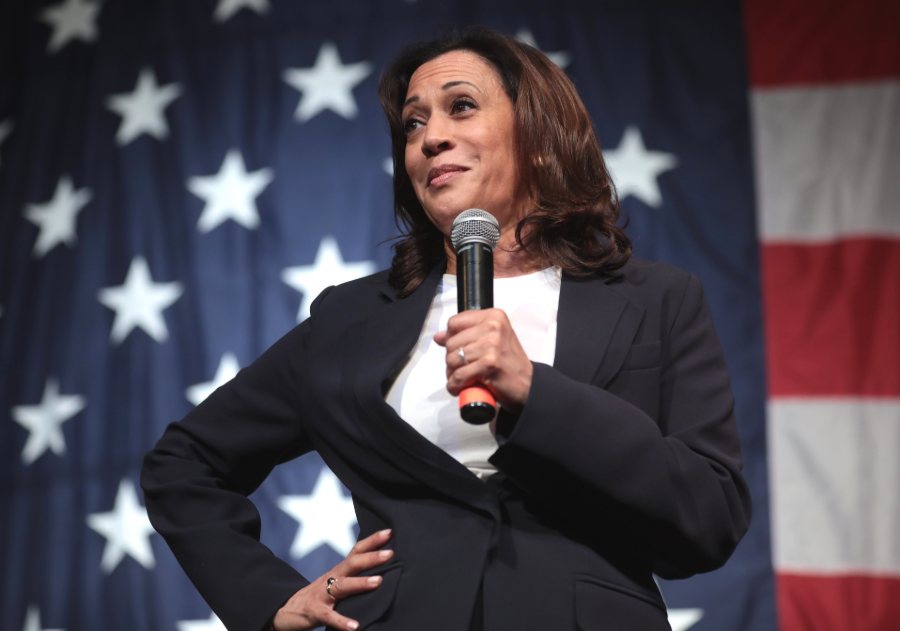 America will soon be honored with our first Brahmin vice president, if current election reports hold. Also our first outcaste president. Kamala Harris would become the first descendent of both Jamaican slaves and Jamaican slave owners to be “a heartbeat away from the Presidency.” She would also be our first woman in that office. Democrats, the media and thrill-seeking voters are delighted: We could be about to see all sorts of glass ceilings shatter. Perhaps Harris’ fusing of so many lines of ancestral privilege and abasement will blow the circuits of the Woke mind. Life is more than bread, after all, whether white, naan, rye, mantou or pumpernickel.

Kamala Harris was not selected for this role because of the content of her character. By some accounts she is not just ambitious, but ruthless. She was chosen as a moderately successful “female” and “person of color.”

A Life of Privilege

Harris was born into more privilege than most folks of any race. Her father, Donald Harris, is an eminent professor of economics at elite Stanford. To give him credit, he scoffs at “identity politics” and refused interviews during his daughter’s run. Her mother, Shyamala Gopalan, was a prominent biologist who researched or taught at some of the top schools in North America.

Neither was Kamala slow to welcome opportunity when it knocked at her own door. She dated the speaker of the California Assembly, Willie Brown, when he was twice her age. Brown helped jump-start her career by handing her two political appointments.

Kamala Harris is a stateswoman for such a time as this. She was born with three silver spoons in her mouth.

Brahmin blood is the definition of privilege in traditional India. The Rig Veda said the Brahmin caste was born from the head of Brahma, while the servant Sudra class was born from God’s feet. The Law of Manu explained that Brahmins should therefore be served by other castes:

Whatever exists in the world is the property of the Brahmana, on account of the excellence of his origin. The Brahmana is, indeed, entitled to all.

A Brahmin could take things from Sudras without pay. Better not bring a Sudra girl home to Mom, though: “Twice-born men who, in their folly, wed wives of the low (Sudra) caste, soon degrade their families and their children to the state of Sudras.”

A Complex Family and Personal Background

It was the gospel that began changing this sort of thinking, as British scholar John Farquhar showed in his book, Modern Religious Movements in India. It happened long before Kamala Harris’ grandparents (her grandfather was a government official) were born. Reforms introduced by missionaries like William Carey, and built upon by Indian reformers like Ram Mohan Roy, made it possible for a few girls like Shyamala to be educated. And so she left India and studied at UC Berkeley. Then she married a Jamaican grad student. No one could have conceived of any of this before the gospel began transforming India.

In short, neither the immigrant status of her parents nor her own race define Kamala Harris. Harris enjoys a complex family and personal background. In some ways it’s not so different in that regard from you or me. Except this: she has been vastly more “privileged” than most of us in money, power and connections.

According to the political faction about to take power in Washington, though, America is a deeply unfair place. The nation is filled with “systemic racism,” as ocean basins are filled with water. Activists like Robin DiAngelo maintain that power remains in the hands of white, “abled” men. And this was 12 years after America elected its first African-American president.

Now the nation could soon have a black, white, Brahmin daughter of three intersectional lines of POC privilege serving as vice president. Shouldn’t that blow a circuit somewhere?

Or how about Ron Nirenberg? He’s the mayor of San Antonio and a foe of climate change and Chick-fil-A restaurants in airports. Wikipedia describes him as “of Ashkenazi Jewish descent (from Poland and Russia) on his father’s side.” On his mother’s side, he’s “mixed Filipino, Malay, Indian and British heritage.” And “his maternal grandfather was a Tagalog-speaking Filipino musician with possible roots in Mindanao.”

In my recent ebook, Letter to a “Racist” Nation: Pull Yourself Together, America, I ask how identity politics can possibly illuminate the reality of such a tangled ancestral tree:

One wonders how to work the privilege calculus in such a family, in a city that is now mostly Hispanic! Should the British part of him give the Indian portion reparations? Might Polish Jewish white blood cells attack Russian Jew lungs for their history of imperialism? Or should genetic material descended from the Filipino street musician from the Muslim part of the country pay San Antonio’s Hispanics for the Moorish invasion of Spain?

Democrats tell us that Kamala Harris will be the “first woman of color” to serve as vice president. Scoffing seems the only sane response. The modern Left infantilizes the complexity of culture, history. It falsifies the true character of modern American society. It insults all by reducing the fullness of our lives to melanin or testosterone counts, or by pretending that is what people mainly care about.

Jesus Himself has led the world to see that people on the margins should be brought into the mainstream. Jesus taught us to help those in need, for instance, a man of another tribe who had been mugged on the road to Jericho.

Following Marx, Gramsci and a host of other leftist thinkers, however, that virtue has gone to seed. Now it takes the form of the simplistic calculus of privilege and bias called “intersectionality.” We might also call it the “woke heresy.”

For Such a Time as This

Kamala Harris is a stateswoman for such a time as this. She was born with three silver spoons in her mouth. The righteousness of her “marginal” identity, along with her ambition, burn away scruples like a mist before a hot August sun.

So good luck, Kamala, if your side wins in the end! You’ve enjoyed a lot of luck already. So have we all. To be born is a privilege. To eat with loved ones and witness a blue summer sky are undeserved blessings from God Almighty. I don’t begrudge you the success that hard work and good fortune have added to the multiple, manifest privileges into which you were born.

But say no more, please, about how you overcame disadvantages and represent the downtrodden of the Earth. Or if you do, your dad will not be the only one to turn away in disgust.