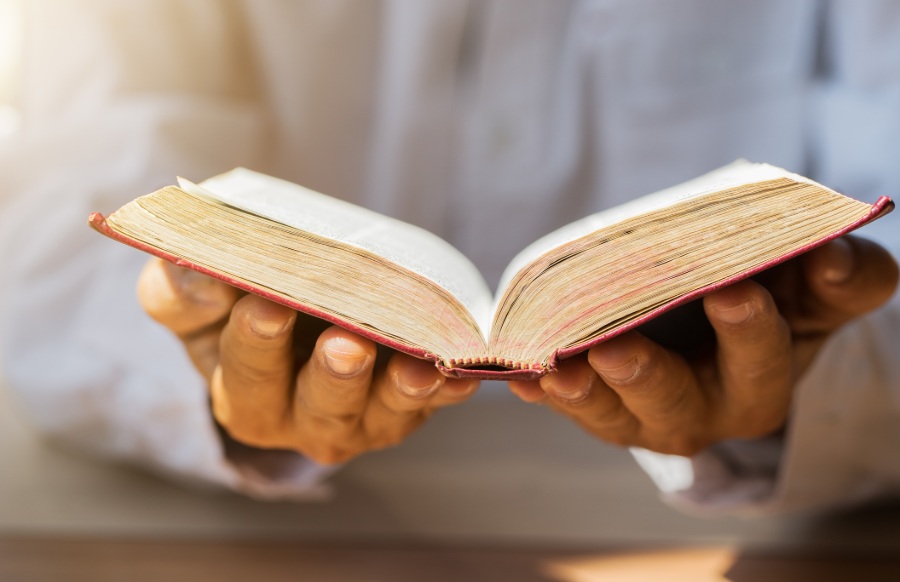 In the early 1940s, a young white boy (my father) met an African-American woman on a street in West Seattle. “Hello, N-lady!” He said cheerfully. The woman became furious and chased him.

Dad likely picked up the term from his mother, who was from the South, and innocently thought it descriptive, not pejorative. That incident taught him otherwise. I don’t recall ever hearing him say anything contemptuous or hateful about anyone on account of their race. Our generation, and our children’s generation, rightly came to see such language and thoughts as anathema. Modern Americans work and play with, even love, people of other races — who make us laugh and cry, and for whose insights, hard work, and talents we have gained respect.

Grandma was a great cook, a Christian mystic, a feeder of birds and children, and some sort of “racist.” She never wished ill on anyone on account of their race so far as I know. But she talked disparagingly about “those people,” generally meaning Blacks or Native Americans.

Like almost all Americans until a few minutes ago, I felt relieved American society had turned away from its “racist” past. I put the word in quotes not because I fail to cringe in shame over our great historical sins — hundreds were lynched in the Deep South when Grandma was a girl, millions were slaves two generations earlier — but because the word now creates great confusion. And I believe it’s being used to manipulate and harm our nation.

Is a “racist” (a) Someone who naively uses the wrong word? (b) Someone who hates those of a different skin color? (c) Only Whites, or also some Blacks and Asians? (d) A black teenager who views a Latino interloper to his neighborhood as a possible threat? (e) A Chinese girl who picks “Asian” when she searches for possible dating partners? (f) A police officer who works in a dicey neighborhood of Philadelphia, and finds himself most often questioning young black males? (And is he also sexist and reverse-agist?) (h) University officials who admit Hispanics and African-Americans ahead of Whites or Asians with higher scores? (i) All white people in America, as Robin DiAngelo, author of White Fragility, claims, because we benefit from a power structure allegedly monopolized by Whites which disadvantages everyone else?

Or does “racist” now mean “witch?” Is the word presently used mainly to demonize people you disagree with, much as words like “counter-revolutionary,” “Jew,” and the “N” word were used in the past?

‘Who Is My Neighbor?’

Muddled thinking is destroying the harmony that America strove for so long, through a bloody war and civil rights protests. Poorly-defined and simplistic concepts of “racism” are turning Americans into moral heretics, an old-fashioned term for “simple-minded dupes,” and tearing our country apart. We need a richer vocabulary and a fuller vision to bring us together again.

For that, turn to Jesus. Whether you believe him to be God or not, he is certainly wiser than the talking heads, sociologists, politicians and the mobs they pander to, who have come to control our national narrative.

Given American history, we need to keep the word “racism” in our moral vocabulary. But we must fit it into a broader vocabulary that takes our full humanity into account.

Someone asked Jesus what was the most important moral law. Jesus replied, “Love the Lord your God with all your heart, soul, mind and strength. And love your neighbor as yourself.”

“But who is my neighbor?” The man asked.

Jesus then told the famous story of a man who, like Dad, was out for a stroll, and met someone of another race. This pedestrian was a Samaritan, to the Jews a disfavored tribe. Walking along a mountain road, he met a Jewish man who had been mugged. It was a dangerous neighborhood, with potential gang-bangers behind every rock. But this outcast got off his donkey, cleaned the man up, disinfected his wounds, took him to a nearby hotel, and paid for his care.

Given American history, we need to keep the word “racism” in our moral vocabulary. But we must fit it into a broader vocabulary that takes our full humanity into account. How much richer and deeper is Jesus’ parable of the “Good Samaritan,” than terms like “systemic racism.” Like a tourniquet, the word “racism” may be necessary in an emergency, but is of little use for most daily activities. Note the advantages of the moral vision behind Jesus’ story:

Jesus Is the Answer

The last thing we should do is resurrect the vile, ridiculous racial animosities of the past. But while rightly stigmatized, like every good that is deified and wretched from its context (every heresy), anger at “racism” has been retooled as a weapon of injustice and oppression itself, and is used to justify spitting, cursing, firing, “canceling,” burning, looting, and murder. Loose talk about “systemic racism” is justifying new witch-hunts, and the punishment and abasement of some for the sins of their ancestors. Heresies birth opposing heresies, and destroy civil society.

Jesus is the answer for our world today.

It is time we cast off the cant that breaks this world, and regain a deeper Christian vocabulary and perspective, which includes compassion for those unlike ourselves in every dimension, and the counter-cultural courage of the Good Samaritan.