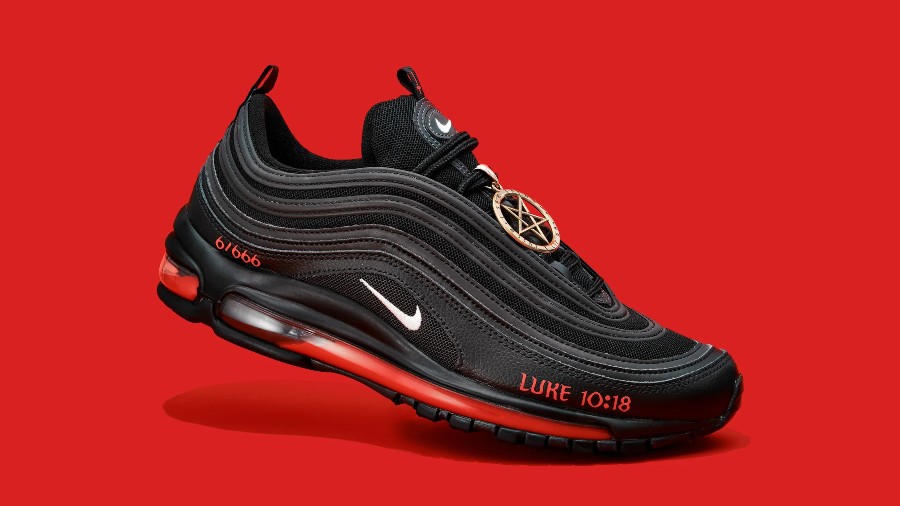 The announcement of rapper Lil Nas X’s limited-edition Satan Sneakers has created a media firestorm, which was the most obvious goal of the campaign. After all, how much money can be made from a run of 666 sneakers, all allegedly featuring a drop of human blood? Yet there are practical takeaways from this publicity stunt.

First, while the sneakers will be here today and gone tomorrow, we must not underestimate Lil Nas X’s influence on children in general. Rather, as reported by NPR on January 5, children are his “core audience right now,” and by children, NPR meant little children.

The NPR article references “a surprise show Lil Nas X did at Lander Elementary school in Ohio in 2019. In footage from that day, the rapper enters a gym full of children who start screaming at the top of their lungs. Some grasp their heads in disbelief. Others just jump up and down. Some are so overwhelmed they just stand there slack-jawed.” Yes, little children, in awe of Lil Nas X.

His Grammy-winning song, “Old Town Road,” has been a massive hit with “the elementary school set.” Yet, as he boasted in a tweet, “i literally sing about lean & adultery in old town road. u decided to let your child listen. blame yourself.” (“Lean” refers to “an illicit substance made with codeine cough syrup, soda, and hard candy.” It is “highly addictive and potentially damaging to the body.”)

So, to repeat, while the sneakers themselves are a momentary (yet demented) publicity grab, Lil Nas X’s popularity with little children is deeply alarming. What are the parents thinking? And are they aware that some of their children are among the multiplied millions who have viewed his perverse new video depicting simulated sex with the devil?

Focus on Combating the Enemy’s Real Work in Society

Second, we should concentrate on the real Satanic evil in the world around us. I’m talking about the sexual trafficking of children. About rape and murder. About hatred and violence and injustice. About abortion and the destruction of the family. About deception and spiritual delusion.

So, while it is understandable that the sneaker announcement has garnered attention, we should keep our focus where it belongs, namely, on combating the real work of the devil in our society.

Third, in keeping with the previous point, there will always be something sensational related to Satan. Whether it is a movie like Rosemary’s Baby in 1968 or the so-called “Blasphemy Challenge” of 2007, something satanic will be in the headlines.

Most recently, Satanists made national headlines with their legal challenge to Texas abortion laws, claiming that these laws are an infringement of their religious rights.

That’s because “the temple’s members consider abortion a ritualistic process, according to co-founder and spokesperson Lucien Greaves. The ritual is meant to take the shame and guilt away from the person receiving the procedure, affirming their choice. The state regulations disrupt this ritual, Greaves said.”

The reality is that these occasional, sensational stories will always be here. Let them be a reminder of the devil’s real presence in society rather than a distraction from his evil agenda.

He has been open about feeling spiritually rejected and hated because of his gayness, pushing back aggressively with his new, satanic association.

But, just as Paul could say about his previous life as a blasphemer of God and a persecutor and even murderer of Jewish followers of Jesus, perhaps this rapper is also operating in ignorance and unbelief (see 1 Timothy 1:13). Perhaps he, too, does not fully realize the depth of his own depravity.

In any case, let this publicity stunt be used as a call for us to pray for his soul. May God bring him to repentance and new life through the cross.

Jesus Defeated Satan and Gave Us Authority to Trample the Enemy

Fifth, in Jesus, Satan is under our feet.

Remarkably, these sneakers have a scripture reference inscribed on them, namely, Luke 10:18, where Jesus states that He saw Satan fall like lightning from heaven.

Why proclaim this truth on Satanic sneakers? Why remind the world that he is fallen and defeated? Why point to a verse that is followed by Jesus telling His disciples, “I have given you authority to trample on snakes and scorpions and to overcome all the power of the enemy; nothing will harm you”?

I can’t explain the logic behind it. But I can affirm the truth of what is written.

Through the cross and resurrection, we have authority over Satan and his demons, and he and they are under our feet. Fallen from heaven, indeed.

Let’s exercise that authority in Jesus’ name and give the enemy of our souls no place in our lives. And let’s go out into the world in that same authority, setting the captives free.

Now would be an opportune time.