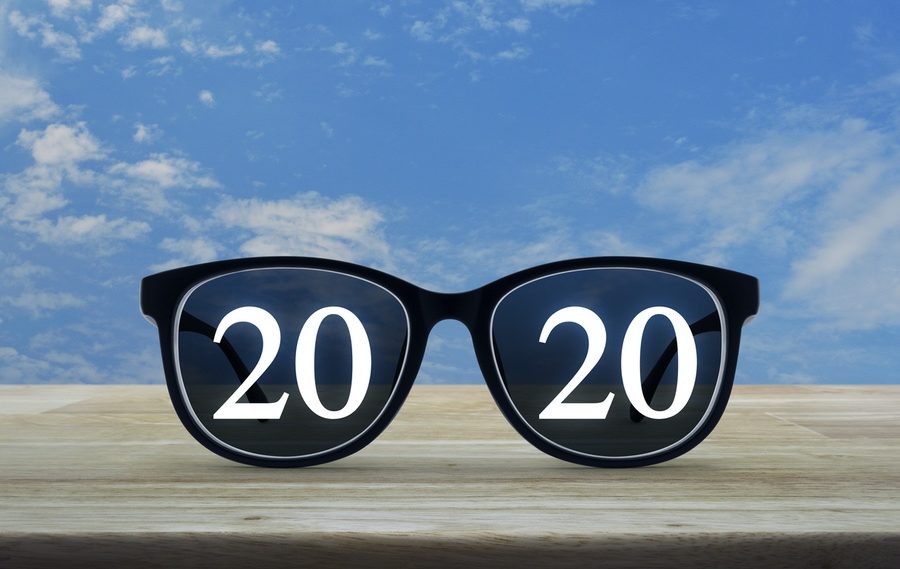 Are you tired of all the 2020 “year of vision” jokes yet? Don’t worry, you will be. In fact, let me help you along the way with a sad tale from my own life. I’m afraid it looks like I’ll be missing New Year’s Day tomorrow.

You see, I ordered new glasses from the eye doctor. (True story.) She’d said they’d probably be here by the end of the year, but they didn’t make it. So I guess I won’t be seeing 2020 until at least Thursday.

Need a minute to recover? “No, Tom,” you answer, “it wasn’t good enough for that.” That’s okay. You’ll hear worse. At least my story was real; I didn’t make (all of) it up.

Seriously, though, along with the jokes, we’re bound to hear every preacher, teacher, organization, and ad agency touting this as the “Year of Vision.” It makes me wish The Stream had thought of getting the jump on it a couple years ago: “2018: The Year of Vision.” Has a nice ring to it, don’t you think? But we missed our chance to get ahead of the crowd.

But I’ve already jumped the gun on the backward theme with my article on reading old books. Is it possible to be too early at being too late? At least I got there ahead of Al Perrotta’s 2020 retrospective, which didn’t publish until this very morning. Sorry, Al, but you were days later than I at showing up a year too early.

The Right to Groan

Of course, the jokes and “that vision thing” are both inevitable. One of my New Year’s resolutions is to try not to roll my eyes at them too often. Starting next year, that is, meaning tomorrow. Trust me, when I saw the image I used at the top of this article, I did a year’s worth of eye-rolling. Which made it perfect for this piece, and I promise not to do it to you again.

I do reserve the right to groan all year long, if the pun is bad enough. Or even to engage in a mock gagging fit, purely as a gift to the punster, mind you; the longer it goes on, the more they know they hit their mark.

It comes from being human, though. We see a nice familiar number like 2020, and we can’t help but draw the connection. Thank God for that. Connections are part of who He made us to be. So is humor, which has been coming in short supply lately. Besides, we’ve just barely made it through another “War on Christmas.” The last thing we need is to follow it up with a “War on 2020.” How humorless can you get?

Oh. Yeah. I forgot. I started out here implying my eyes could use some fixing. Someone’s going to go full-on humorless and wage war on 2020 as the horrible year of “Ableism”:

Ableism (def.): a set of beliefs or practices that devalue and discriminate against people with physical, intellectual, or psychiatric disabilities and often rests [sic] on the assumption that disabled people need to be “fixed” in one form or the other.

For my part, I’d be grateful for it to become the year of “Able.” Able to refrain from rolling my eyes — that’s a “vision” thing, too, isn’t it? Able to laugh. Able to thank God in all things, no matter what dire 2020 predictions might come true. Even if I do miss the whole first day of the year!

Predictions for 2020 and Beyond