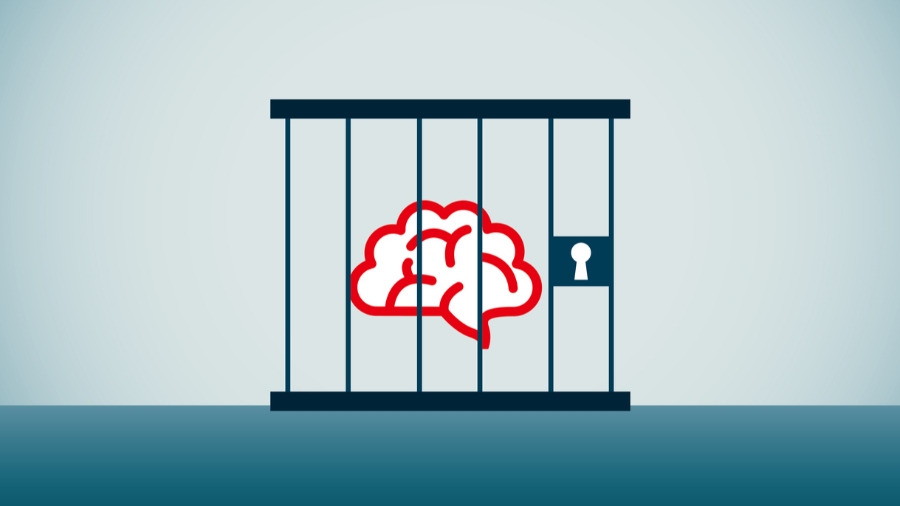 If there is any one thing that strikes me looking back at this calamitous and difficult year it is that we are experiencing a deep crisis of trust. Who can we believe? Who is telling the truth? On whom we can rely for accurate information?

It is into this void that a flood of conspiracy theories has rushed. And it is this crisis of trust that opens the door wide for all kinds of deception.

After all, if we completely write off certain sources of information and we immediately prejudge those who differ with us, we make ourselves totally vulnerable. Isn’t that what cult members do?

On the one hand, the mainstream, left-leaning media has earned our scorn, not simply for presenting a biased view of the news but for actually censoring news for partisan political purposes. This is not just bad reporting, this is misreporting.

And what about the anonymous stories with unprovable accusations, which then spread like a plague online? How can we trust what these news sources say?

Where is the wisdom that is quick to hear, slow to anger, and slow to speak (James 1:19)?

“Fake news!” we shout dismissively, and for good reason. Much of it is fake.

But rather than make an honest attempt to determine what the truth actually is, most of us find it easier to live in our own echo chamber, demonizing those who differ with us and applauding those who stand with us.

Where is the objectivity? Where is the “searching out” of a matter that is so prized in the Book of Proverbs (see, for example, Proverbs 25:2)? Where is the wisdom that is quick to hear, slow to anger, and slow to speak (James 1:19)?

I was interacting with a colleague recently regarding the question of election fraud, telling him that I saw a lot of evidence that pointed to widespread fraud, but I did not have the expertise to analyze it proficiently.

I also suggested he read some articles presenting the evidence against fraud, sending him one link I found very reasonable.

He replied, “I researched the author of the article, and he’s a Never Trumper. Why should I listen to him?”

With all respect to my colleague, that is a dangerous attitude to espouse.

When I can’t even take the time to objectively evaluate the position of someone with whom I differ, I virtually guarantee that I will have serious blind spots in my life. Do we not have the security to get out of our own bubble?

Even when you present factual, video or audio evidence, that too can be dismissed. “False flags!” “Doctored videos!” (Perhaps even, “Shapeshifters!”) Isn’t this terribly dangerous?

Closedmindedness Opens Us up to Deception

I recently wrote an article critiquing QAnon, beginning the article by referencing an exchange between President Trump and a reporter that took place on NBC during a town hall event.

The most liked response to my article on Facebook, far and away, said this: “I honestly stopped reading when I got to ‘Interviewed at length by NBC’…. If anyone follows any mainstream media and regurgitates anything that they spew, they have lost my respect. Simple as that.”

Seriously? These were words 7-9 in the first line of the article, the whole purpose of which was to reference what the president said about QAnon. Yet because I referenced what he said on NBC (which was the channel in which the interview took place, with the full consent of Trump), the reader stopped reading the article. Worse still, he was applauded for doing so.

How do we even describe an attitude like this? How can we avoid being deceived when we don’t even make an attempt to think rationally? This is closemindedness at its very worst.

It would be one thing if I made a controversial point and said, “I’m stating this on the authority of NBC.” It’s another thing when the mere reference to the letters NBC — again, while quoting President Trump — causes someone to shut the door on important and helpful information.

Others chimed in with comments like this: “Sad to say that Dr. Brown still believes the corporate media. Not aware of the devil’s scheme. Too academic minded.”

I repeat: People who “think” like this leave themselves wide open to deception.

This Year We’ve Seen a Crisis in Trust

But 2020 has been the perfect storm for producing a crisis in trust, especially because of the pandemic.

Do we trust the medical profession, or are all the doctors sold out to Big Pharma? Is the WHO part of a dangerous one-world order? Is the vaccine the mark of the antichrist? Is Dr. Fauci a sinner or a saint? Who does China have in its pocket?

The fact is, when it comes to COVID-19, we have every reason to wonder who we can trust at this time, even if we believed everyone had the best intentions. Does anyone really know what is best?

As for the president, I have heard Christian leaders say that he is the only one they trust right now. I have seen posts saying that “all pastors” have been bought out by “the elites.” And on and it goes.

Trump, for his part, has made clear that we cannot trust the Supreme Court. Or the DOJ. Or the FBI. Or Congress. Or the media. Or the voting system (he’s been saying that for years, for the record). Or those who used to work in his administration. “Believe me,” he says repeatedly, and many of us do, hook, line and sinker. He alone can be trusted. This too is very dangerous.

May We Investigate Both Sides and Follow the Truth in 2021

Added to all this is the crisis taking place right now in the charismatic church, where a substantial chorus of prophetic voices, in absolute one accord, has proclaimed that Trump will serve a second consecutive term. They prophesied this for many months before the election, and now, most of them have reaffirmed their prophecies, “Joe Biden will not serve in the White House. President Trump will be inaugurated. The tables will turn.”

Can you imagine the fallout if this does not happen?

If we are to be lovers of truth, we must follow that truth wherever it takes us, regardless of cost or consequence. And we must be open to correction, learning to listen, to investigate, to search out all sides of a matter, and to walk in humility towards those with whom we differ.

In this new year, I encourage you to welcome challenges to your own points of view. To become a student of the truth, researching both sides of the debate. And to lean hard on the Lord, asking Him to guide you into all truth. As Ambrose once said, “Before God can deliver us, we must undeceive our­selves.”

To cite Proverbs again, “Do not be wise in your own eyes; fear the LORD and shun evil. This will bring health to your body and nourishment to your bones” (Proverbs 3:7-8).

May 2021 be the year when the sword of truth emerges to cut through the lies. And may we have the courage to follow the truth, come what may. It will deliver us from a pandemic even more deadly than COVID — the pandemic of deception.