Is QAnon Actually Helping Pedophiles More Than Hurting Them? 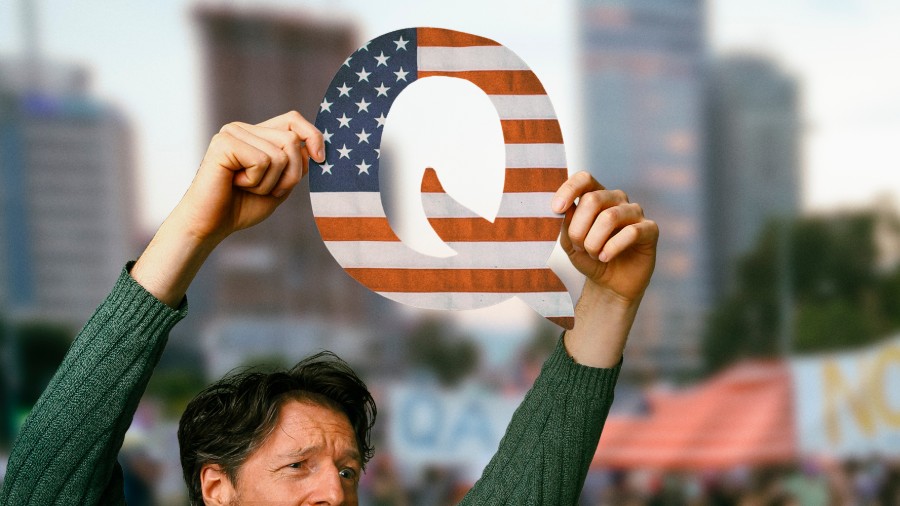 On October 15, President Trump was interviewed at length by NBC’s Savannah Guthrie, covering a wide range of subjects in their town hall event. One subject, however, stood out above the others, and it has been referred to time and again since the interview. What did Trump think about QAnon?

After asking the president, yet again, to denounce white supremacy groups, she then asked him to denounce QAnon, which she described as “this theory that Democrats are a satanic pedophile ring and that you are the savior, of that.”

He responded by saying that he knew very little QAnon, to which Guthrie replied that she just explained it to him.

At this point, Guthrie interjected, “They believe that it is a Satanic cult run by the deep state.”

The testy exchange continued, with Trump emphasizing again, “let me just tell you. What I do hear about it, is they are very strongly against pedophilia. And I agree with that. I mean, I do agree with that.”

So, the one thing that Trump said he did know about was that QAnon strongly opposed pedophilia, which he did as well.

Is QAnon Detracting From the Fight Against Pedophilia?

But could it be that QAnon is actually doing more harm than good when it comes to opposing pedophilia, in particular, the sex trafficking of children?

Before answering that question, let me cover a few basics about QAnon (which, to be candid, I just learned myself, having known almost nothing about QAnon until very recently).

Here’s the fundamental theory in a nutshell.

What is the Theory Behind QAnon?

As explained in the Wall Street Journal, “Followers believe that ‘Q’ is a high-ranking government insider, presumably with a military or intelligence background, committed to exposing the hidden truth of what they see as an international bureaucracy scheming against Mr. Trump and his supporters.”

“Q” has been posting since October 2017 with complete anonymity.

The more he studied, working with a team of fellow-researchers, the more concerned he became, sharing some of his findings with me.

As for QAnon itself, it is described as “a far right-wing, loosely organized network and community of believers who embrace a range of unsubstantiated beliefs. These views center around the idea that a cabal of Satan-worshipping pedophiles — mainly consisting of what they see as elitist Democrats, politicians, journalists, entertainment moguls and other institutional figures — have long controlled much of the so-called “deep state” government, which they say seeks to undermine President Trump, mostly with aid of media and entertainment outlets.”

At the head of this international pedophile ring are people like Barack Obama and Hillary Clinton, with the cooperation, of course, of the Democratic Party. Trump, on his part, works hand in hand with QAnon (all behind the scenes, of course), to expose and destroy this horrific evil.

The deeper you dig, the more bizarre it gets. (As I have learned in recent weeks, it gets really bizarre.)

Christian Conservative Researcher Digs into QAnon and Finds it Harmful

A few months ago, Prof. James Beverley, a respected research scholar and a Christian conservative, decided to launch his own study of the QAnon controversy, deciding to look for the facts rather than come in with his own preconceived ideas.

The more he studied, working with a team of fellow-researchers, the more concerned he became, sharing some of his findings with me. We agreed that he should publish those findings in a book that could serve as the definitive, go-to guide for those wanting to know the truth about QAnon. And, with the book publishing process typically taking about one year from start to finish, we agreed that my ministry’s own publishing imprint, EqualTime Books, would release the book as soon as it was completed.

On Monday, he joined me on the radio to discuss that very book, his just-published study, The QAnon Deception: Everything You Need to Know about the World’s Most Dangerous Conspiracy Theory.

Social Media Reponses to Our Interview Show Depth of Deception

Not only was the content of the interview absolutely shocking, but some of the social media responses to the interview were shocking as well.

Prof. Beverley was instantly dismissed as an outright liar who was completely ignorant of the facts and I was part of the Deep State, seeking to cover up the truth. (You can watch the interview here.)

How dare we question that Hillary Clinton was not only involved in sex-trafficking but actually murdered and ate the children herself.

How dare we question that both the Pope and the Dalai Lama were some of the global elites involved in this sex-trafficking scheme.

I kid you not.

What was scary was that there seemed to be no way to penetrate this conspiratorial fortress, since the more facts that were presented, the more confirmation that provided for the conspiracy. “That’s how deep the cover up is!”

“What are You Doing at Walgreens?”

It reminds me of a story involving one of my closest friends, Scott V.

He once received a call very early in the morning, waking him out of a sound sleep. (He lived near the west coast; the caller lived on the east coast.)

When my friend answered the call, it was his elderly grandfather, who said, “Is this Walgreens? I need to renew my prescription.”

Realizing that his grandfather had dialed the wrong number, my friend replied, “Grandpa, this is Scott. You called me by mistake.”

His grandfather replied, “What are you doing at Walgreens?”

That’s an illustration of what we’re dealing with when we try to interact with QAnon believers. And that is why Prof. Beverley’s new book identifies this as “the world’s most dangerous conspiracy theory.” It really is taking the world by storm, with followers identified in at least 100 nations.

What makes things all the more pathetic is that, while QAnon is absolutely right in standing against the very real, absolutely horrific, child-trafficking industry, QAnon’s spreading of baseless conspiracy theories is actually undermining the work of those who are fighting against this evil. (I would include here quite a few of my ministry school grads who have been working in America and overseas to combat this foul industry and then rescue and rehabilitate the children who have been abused.)

During our interview, Prof. Beverley drew attention to an open letter signed by almost 100 organizations involved in fighting against sex-trafficking. The letter, which is quoted in the book, said, “Anybody — political committee, public office holder, candidate, or media outlet — who lends any credibility to QAnon conspiracies related to human trafficking actively harms the fight against human trafficking. Indeed, any political committee, candidate, public office holder or media that does not expressly condemn QAnon and actively debunk the lies should be held accountable.”

And how did some QAnon believers respond to this open letter? According to Prof. Beverley, this was proof that these organizations had also been bought out by the Deep State.

Put another way, “What are you doing at Walgreens?”

The universe can be turned upside down for the sake of QAnon, a deception as rampant as it is deep, and one that has drawn in many fine people with good intentions. May the Lord deliver them before they lose all touch with reality. And may child-trafficking be exposed wherever it is found. It is a monstrous evil that must be stopped.

What a shame that QAnon appears to be making things worse.