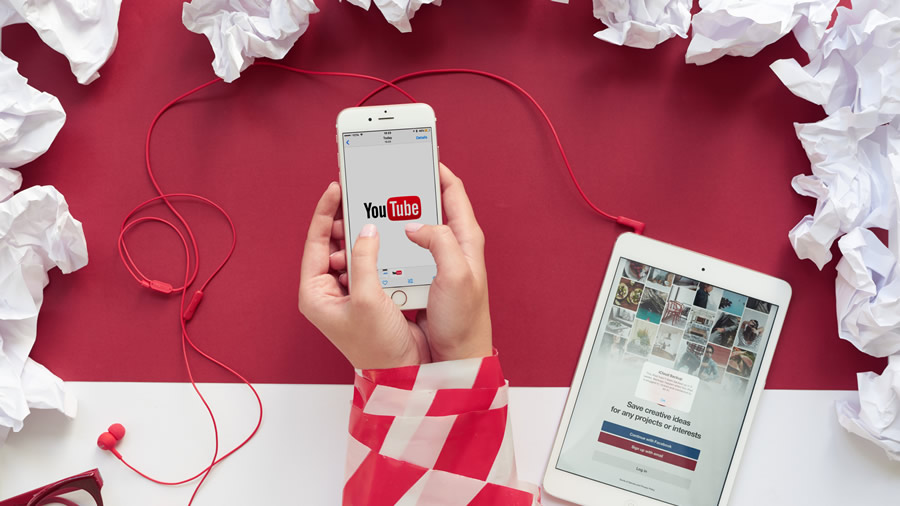 I was getting ready for my radio show on Monday when I spotted an announcement on the AskDrBrown YouTube channel. The entire channel — now, almost 1,600 videos — has been demonetized.

By now, I’ve been used to the constantly changing standards of YouTube, not to mention the non-existent customer service.

I’m talking about YouTube approving a video one day that speaks out against abortion while telling me the next day that a generic video where I answer caller questions about the Bible is not suitable for most advertisers.

As I’ve written before, if it wasn’t so ridiculous, it would be funny.

And, to emphasize this once again, while YouTube/Google is a private company, they are obligated to abide by their guidelines and to enforce them in an even-handed and fair way. This they have not done.

‘We Cannot Provide You With Specific Details’

So, what was their reason for demonetizing my entire channel, robbing our non-profit ministry of income that goes straight back into our ministry work? Similar to what Steven Crowder has recently experienced, they claimed it was due to copyright violations.

But here’s the thing. There are a handful of videos that we have received notice about for using a music clip or TV clip that they claimed was not fair usage. But in each case, they made clear this was not a strike against us. They said we were not in any trouble with them, and that there was nothing we needed to do.

In the end, a few of those videos were demonetized based on these alleged copyright violations. End of subject. No warning. No explanation. Nothing.

We will not explain why. We will give you no examples of what you’ve allegedly done wrong. And you cannot appeal. The end.

When I wrote to them calling for clarification and appealing their decision, I received an email back two days later, stating this (if you get frustrated easily, brace yourself):

Upon checking, your channel was demonetized due to re-used content. As much as I’d love to help, this has already been reviewed by our internal team and they’ve determined that your channel does not comply with the YouTube Partner Program terms. Unfortunately, we cannot provide you with specific details as to how it led to this decision and there’s no option to appeal.

Yes, this was their official response.

We will not explain why. We will give you no examples of what you’ve allegedly done wrong. And you cannot appeal. The end. (Oh, you can reapply in 30 days!)

Yes, there was more to the email than that, but the rest was just window dressing, irrelevant links, and a hello and goodbye.

Of course, we will push back every way we know how — first because these are unfair business practices and second because pushing back against YouTube’s double standards is the thing to do.

While I can’t say for sure that this happened to us because we are outspoken, conservative, Bible believers, I can say with certainty that Google/YouTube is clear where it stands on these issues.

In fact, this very week, a software engineer with Google has blown the whistle, exposing Google’s extreme anti-Christian bias.

As reported by Tyler O’Neil on PJ Media, “Early Wednesday morning, Google software engineer Mike Wacker went public with an incident showing anti-religious bias among the company’s Human Resources (HR) division. HR slammed Christian YouTube ads as ‘homophobic’ and ‘very counter to our mission’ in a newsletter that goes to 30,000+ employees at the company.”

Wacker documented this on Twitter, noting that one of the two videos singled out by Google as being “very counter to our mission” was my video “Can You Be Gay and Christian?” (For more on the attack on this video, see here and here.)

Since last June, YouTube no longer allows us to advertise the video (although they have not removed it, at least), despite the fact that it simply lays out what the Bible says about homosexual practice.

Yet Google branded this “very counter to our mission” and YouTube forbade us from advertising the video on any YouTube channel.

That’s why I asked if YouTube would soon be banning the Bible, since their battle is with God and His Word, not with me.

We Won’t Just Roll Over

Whatever the reason for YouTube’s latest actions against us, we will continue to get our message out. We will get legal counsel as to our options. And we will not take one step backwards, using every platform we have accessible to us to speak the truth in love.

We’ll keep you posted on the ongoing drama, but if our videos have been a blessing to you, consider helping us right now with a one-time gift.