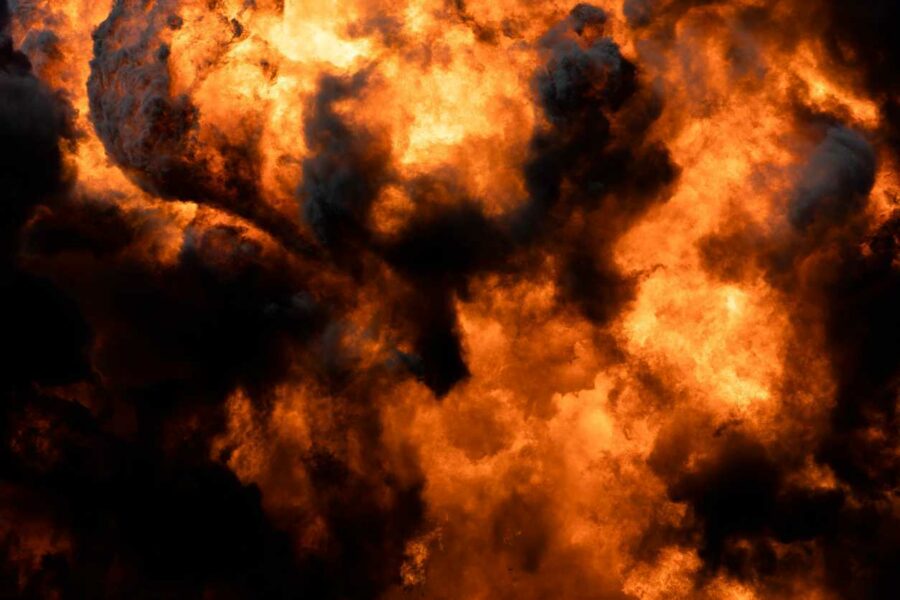 This week, an attempt was made to murder Russian intellectual (and Ukraine war advocate) Alexander Dugin. Because of a last minute mix-up, his daughter Darya was killed instead. Outrage over this killing has been muted. No doubt some are secretly gloating, even though this attack on a thinker close to Vladimir Putin is likely to escalate the Russia-Ukraine war and make it even uglier.

But then, the fates of Ukrainian civilians have never mattered much to those in the West who want to turn that country into a decade-long quagmire to kill and maim as many Russians as possible.

I haven’t studied Alexander Dugin’s work. He seems like an unsavory sort, an illiberal Russian imperialist on the order of the Catholic Integralists I’ve been critiquing over the past nine years. He’s apparently a collectivist-nationalist. He sees a hive-like Russia, with Orthodoxy replacing Communism, as the only live alternative to the deadly Woke ideology that’s poisoning the West.

You know, the agenda preached by all our elites, our government, our universities, and an ever-increasing number of churches. It entails abortion on demand through nine months of pregnancy, castrating kids, disarming citizens. It calls for forcibly vaccinating us all, and indoctrinating everyone with hatred of their ancestors and culture. Also destroying small business and the energy industry, eliminating the use of cash, and subjecting the whole economy to a quasi-Marxist social justice agenda.

We call this “liberal democracy.” And by golly, we’re pouring billions into defending it in the unspeakably corrupt one-party state that is today’s Ukraine.

Friends assure me that what Alexander Dugin favors is even worse than all that, and I believe them. I guess.

But it’s also completely irrelevant. Should we as a society endorse the assassination of intellectuals who are not part of any government, because we consider their ideas dangerous? Even if we can make a case that those ideas have contributed to fomenting an ongoing war? Or if those ideas outrage everything we consider sacred? Let’s think through the implications here.

Suppose you propose, as I do, a rule against assassinating non-combatants, no matter how unsavory. The first objection you’re likely to encounter is the obvious one. “So you wouldn’t kill baby Hitler?”

The answer is no. I wouldn’t kill a baby. Nor would I go back (if I could) and kill Hitler in his filthy Vienna garret. There is a point at which I think Hitler would have been fair game for assassination: Any time after the Beer Hall Putsch, when he violently tried to overthrow his country’s legal government. At that point he became a terrorist of the kind that deserves a drone strike, or a well-placed bullet by a British secret agent.

The U.S. government routinely targets Islamist leaders directly linked to terrorist violence. We do not target mere theologians, however, or intellectuals whose teachings might justify violence. Insofar as our rogue regime still adheres to this policy, it is obeying the laws of war.

Nor do I think Salman Rushdie deserves assassination attempts, though hundreds of millions of Muslims think he does. Rushdie criticized their “prophet,” whom they consider sinless — despite his life of warfare, kidnapping, massacres and sexual slavery.

I wouldn’t approve of assassinating anti-Christian activists like Richard Dawkins, either. Nor even Jose Bergoglio who as pope is currently destroying my own Catholic church, which he will have the power to do until he dies. Nobody who’s not a direct part of inflicting violence is a legitimate target for violence.

It’s much more tempting to consider assassinating haters of the human species like Yuval Harari, a profoundly dangerous, power-hungry transhumanist, who recently said that most of the human population might as well die off — to leave more room for elite people like himself, “enhanced” with biotechnology. Hariri is known for saying the quiet part out loud; for instance, regarding COVID vaccines:

COVID is critical because this is what convinces people to accept, to legitimize, total biometric surveillance. If we want to stop this epidemic — we need to not just monitor people, we need to monitor what is happening underneath their skin.

A Spiral of Mutual Murder

But if “we” get to kill “their” intellectuals, the other side gets to kill ours. A world where men like Soros are dodging bullets would be one where Franklin Graham, Samuel Alito, and Steve Bannon are targeted, too. Assassinating people for their ideas is a sure way to start a horrific cycle of violence. It would be to strangle free debate, intellectual interchange, and everything else we value as heirs of the West.

Here, then, I’d like to have a word with American neocons who are quietly disappointed that the strike on Alexander Dugin — quite possibly by those “heroes” in the Ukrainian government — did not succeed. Many of these same neocons have their fingerprints all over the U.S. war in Iraq, which was much more obviously unjustified, more fraudulently based, than Putin’s attack on Ukraine. It wasn’t on a neighboring country trying to join a hostile military alliance. Instead we attacked a weak, faraway nation our government falsely suspected of developing chemical weapons. It unleashed total chaos, a genocide of Christians, and more than 600,000 deaths, according to Lancet magazine.

Should the thinkers who pushed the Iraq war be subject to the Alexander Dugin treatment? Here I speak of people from William Kristol and David Frum to Max Boot and Jonah Goldberg, and many more. The answer is clearly no. I don’t want such people targeted, however deadly their ideas. But if they endorse a world where civilians with warmongering agendas are fair game for car bombs … they might not like the outcome.